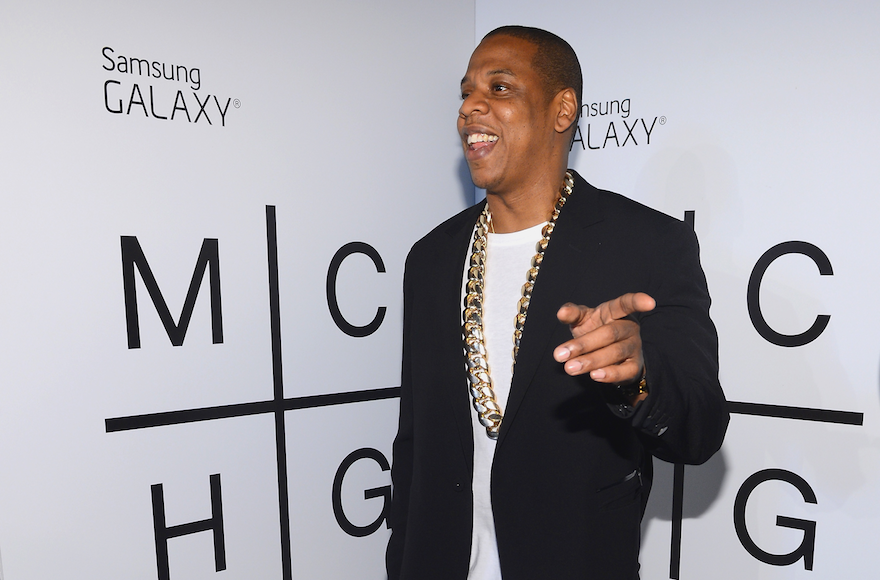 He has talked throughout the years about his connection with a beloved sixth-grade teacher who inspired him, in interviews with Teen People, Forbes and most recently in an appearance on David Letterman’s Netflix show “My Next Guest Needs No Introduction.”

That teacher, Renee Rosenblum-Lowden, is Jewish.

On the episode of Letterman’s show that debuted in April, Carter detailed the critical role Rosenblum-Lowden played in his formative years.

“I had a sixth-grade teacher. Her name was Ms. Lowden, and I just loved the class so much,” Carter told the former “Late Show” host. “Like reading the dictionary, and my love of words — I just connected with her.”

In 1980, Rosenblum-Lowden — who is now 77 and lives in Maryland — taught sixth grade at I.S. 318. In a recent interview with The Washington Post, she remembered “Shawn,” as he continues to call him, as smart and linguistically capable beyond his years.

“The thing I remember about Shawn is he took the reading test and he scored 12th grade in the sixth grade,” Rosenblum-Lowden said.

In an interview with Teen People in 1999, Carter fondly recalled a time when she took his class to her house in Brooklyn, as a kind of “field trip.”

“You know many teachers who’d take a bunch of black kids to their house?” he said.

He told Forbes in 2010 that the trip opened his eyes to a different world he could aspire to.

“My neighborhood had been my world,” he said. “It’s the only thing I had seen. I saw a whole different world that day, and my imagination grew from there. I wanted that. I aspired to have that. The small things. She had an ice thing on her refrigerator. You know, you push it and the ice and the water comes down. I was really amazed by that. I was like, I want one of those.”

Despite this early positive connection to a Jewish individual, a lyric in his song “The Story of O.J.,” which appears in his most recent album “4:44,” prompted accusations of anti-Semitism last year.

It went: “You wanna know what’s more important than throwin’ away money at a strip club? Credit / You ever wonder why Jewish people own all the property in America? This how they did it.”

That led the Anti-Defamation League to question if Jay-Z was perpetuating anti-Semitic stereotypes about perceived Jewish control of financial institutions.

“We do not believe it was Jay-Z’s intent to promote anti-Semitism,” an Anti-Defamation League representative said at the time. “On the contrary, we know that Jay-Z is someone who has used his celebrity in the past to speak out responsibly and forcefully against the evils of racism and anti-Semitism.”

Despite his intentions, the organization considered the particular lyric problematic.

“The lyric does seem to play into deep-seated anti-Semitic stereotypes about Jews and money. The idea that Jews ‘own all the property’ in this country and have used credit to financially get ahead are odious and false. Yet, such notions have lingered in society for decades, and we are concerned that this lyric could feed into preconceived notions about Jews and alleged Jewish ‘control’ of the banks and finance,” the ADL said.

Carter responded by calling the lyric a deliberate “exaggeration.”

Rosenblum-Lowden remained unaware of Carter’s profession until 1999, the year he released his fourth rap album. Ironically, she began teaching about instances of prejudice in rap music, and students had been citing his songs as examples of sexism.

But Rosenblum-Lowden read the Teen People article and subsequently reached out to the magazine asking to get in contact with the superstar.

“Five minutes later, he called,” she said. “He was 12 years old again, calling me Ms. Lowden.”