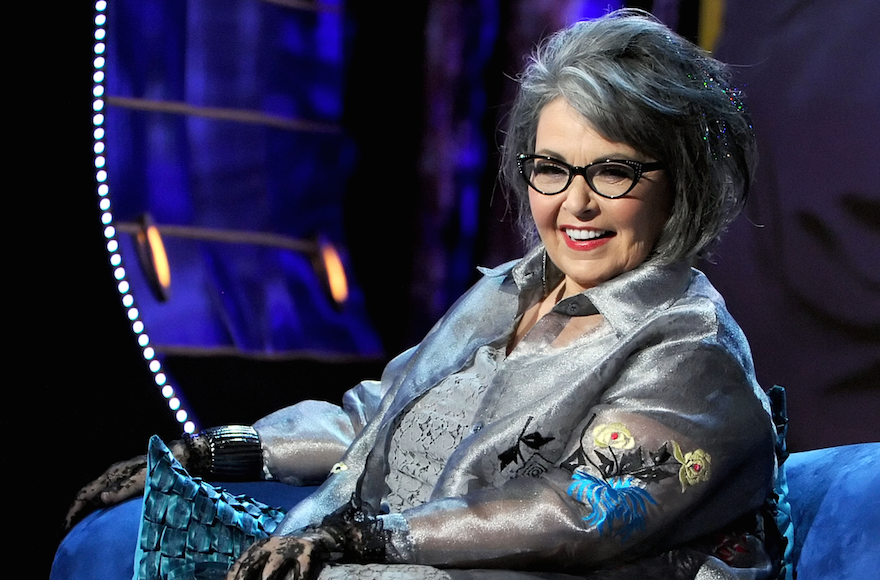 The retweet came several minutes after Barr tweeted on Tuesday that “I’m making restitution for the pain I have caused.”

You didn't cause any pain. Those people always hated you. Valerie Jarrett wants Israelis and Jews chased into the sea, and she'll celebrate.

The retweet, from a user calling himself “Ghost of Bull Moose,” read: “You didn’t cause any pain. Those people always hated you. Valerie Jarrett wants Israelis and Jews chased into the sea, and she’ll celebrate.”

Barr came under fire last week for a racist tweet that mocked Jarrett, who is African-American, saying that “muslim brotherhood & planet of the apes had a baby=vj.”

ABC then announced that it was canceling her popular show after its return for one season.

Barr, whose family is Jewish but who also was raised in the Mormon church, has drawn criticism for her social media usage. She has used Twitter to promote conspiracy theories and post comments criticizing transgender people.

Some have also taken issue with Barr for her vocal support of President Donald Trump. Recent retweets include criticism for Argentina for canceling a friendly soccer match in Israel over pro-Palestinian pressure and criticism of the terrorist Hamas organization that runs the Gaza Strip.