Anthony Bourdain, celebrity chef and TV host, is dead at 61 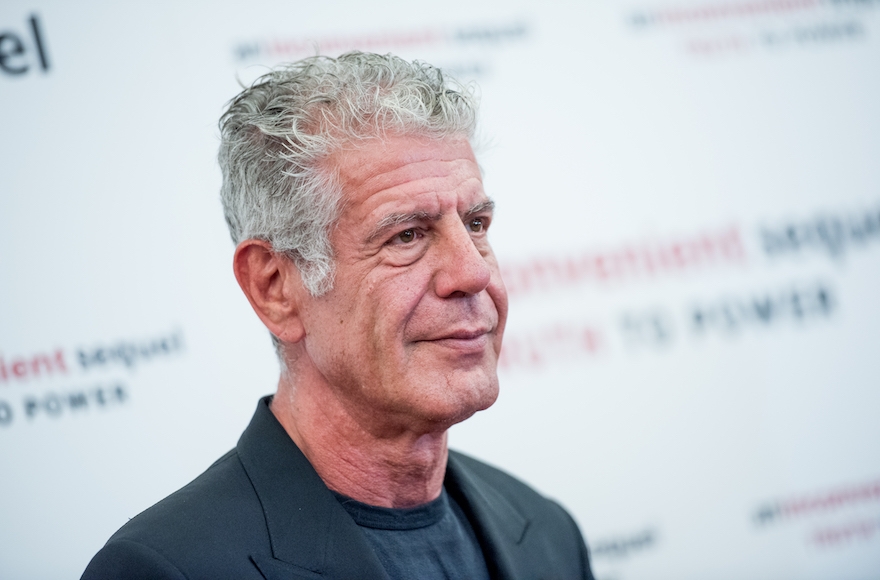 (JTA) — Anthony Bourdain, a celebrity chef and writer who hosted popular food and travel shows on CNN, is dead at 61.

CNN, which confirmed Bourdain’s death on Friday, said the cause of death was suicide. Bourdain was in France working on an upcoming episode of his CNN series “Parts Unknown.” A close friend found Bourdain unresponsive in his hotel room Friday morning, CNN reported.

Bourdain, a 1978 graduate of the Culinary Institute of America, rose to fame in 2000 after writing a warts-and-all memoir of the restaurant industry, “Kitchen Confidential: Adventures in the Culinary Underbelly,” which also chronicled his struggles with substance abuse. His subsequent television series included “A Cook’s Tour” on the Food Network, “Anthony Bourdain: No Reservations” and “The Layover” on the Travel Channel, and then “Parts Unknown.”

Bourdain received critical acclaim for introducing viewers to often-foreign lands – providing a rough roadmap for adventure – without mocking but instead humanizing and engaging with, local culture, implicitly encouraging viewers to do the same.

In 2013, Bourdain traveled to Israel for an episode of “Parts Unknown,” where he explored the culinary traditions of Jews and Arabs and reflected on the Israeli-Palestinian conflict. In the show he said his father was Catholic and his mother was Jewish, but that he was raised without religion.

“I’ve never been in a synagogue. I don’t believe in a higher power,” he told viewers. “But that doesn’t make me any less Jewish, I don’t think.”

In July 2006, while filming an episode of “No Reservations” in Lebanon, the Second Lebanon War broke out after a Hezbollah attack in northern Israel. He and his crew were evacuated by boat with the help of the U.S. Marines.

“It is with extraordinary sadness we can confirm the death of our friend and colleague, Anthony Bourdain,” CNN said in a statement Friday morning. “His love of great adventure, new friends, fine food and drink and the remarkable stories of the world made him a unique storyteller. His talents never ceased to amaze us and we will miss him very much. Our thoughts and prayers are with his daughter and family at this incredibly difficult time.”

On Thursday, the Centers for Disease Control and Prevention released a  report saying suicide rates rose in all but one state between 1999 and 2016, with increases seen across age, gender, race and ethnicity.

Studies have shown that the risk of suicide declines sharply when people call the national suicide hotline: (800) 273-TALK.