How one Jewish high school is turning students into tech entrepreneurs 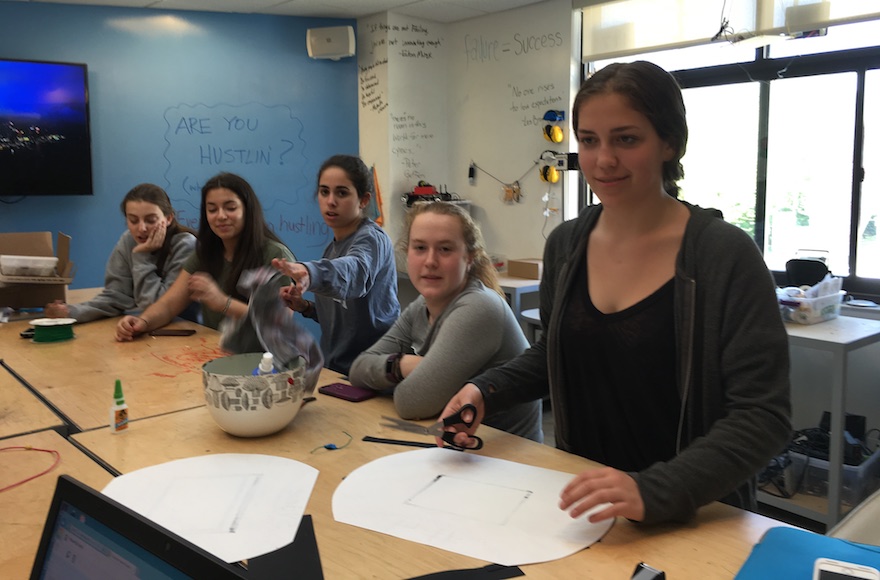 About half the graduates of the Solomon Schechter School of Westchester go on to study computer science or engineering in college, with the gender split about 50-50. (E.J. Kessler)
Advertisement

The bear has features that are designed to help children suffering from separation anxiety, muscle pain and insomnia: A heating element promotes blood flow, and an artificial heartbeat and voice recorder make rhythmic noises to help users relax and sleep.

“We know from our personal experience how stressful life can be,” Ptaszek said, “so we wanted to come up with a product that can help reduce the anxiety that younger children feel during their day.”

She even has a PowerPoint presentation demonstrating how her bear is superior to comparable products on the market.

But Ptaszek is no professional entrepreneur. She’s a high school sophomore at a Jewish day school who developed her product in class with three other students. Their teddy bear is one of countless inventions that students at the Solomon Schechter School of Westchester, in suburban New York, have designed in a class that could serve as a national model for incorporating dynamic STEAM programs in Jewish day schools.

STEAM is shorthand for science, technology, engineering, arts and math – hot topics in schools across the country. The brainchild of educator Danny Aviv, 47, the “idea incubator” at Schechter Westchester brings a startup mentality to STEAM education.

“It’s the startup experience, but without all the financial and emotional risks associated with that — or the grade risk, either,” Aviv said.

Located in what’s known as a “makerspace” – a cross between a computer lab, design shop and art room – the incubator has students working amid bright pink 3-D printers, scattered circuitboards, work tables strewn with prototypes and a large sign on the wall reading “Tech Style Studio.” 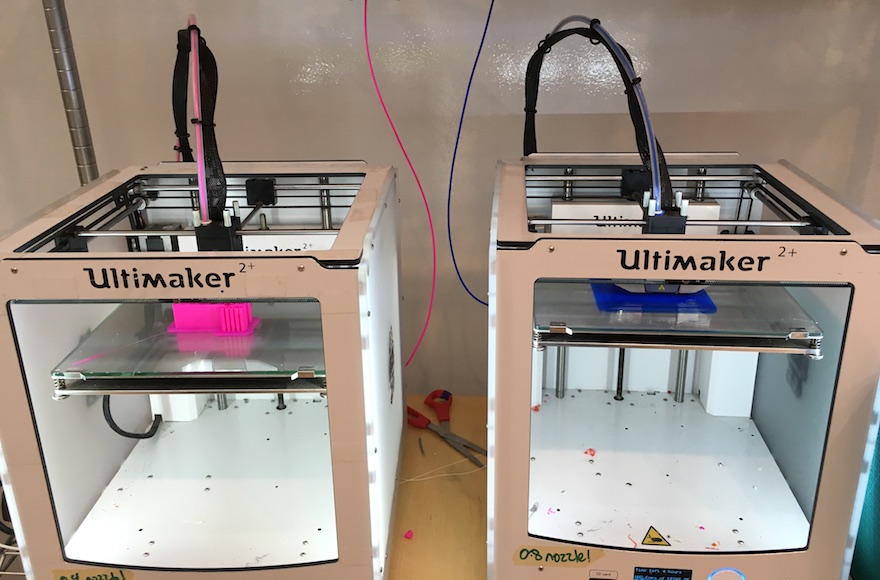 The tech incubator at the Solomon Schechter School of Westchester is filled with 3-D printers, shown here, circuit boards, work tables strewn with prototypes and students in all manner of work. (E.J. Kessler)

The school in Hartsdale has three makerspaces, and about two-thirds of the 285 high school students participate in makerspace programs. Aviv says his was the first makerspace in a Jewish day school, designed to adapt the collaborative, innovative approach of a startup company. He sees his role as a “catalyst” for his students’ creativity.

“I give them the time to fail, the time to succeed and the time to figure it out,” Aviv said. “We don’t care about the product so much as the process. They learn as a team and together they make something special. By senior year they are way beyond me. All they need me for is to order them supplies.”

The approach has fostered a strong interest in STEAM careers among graduates.

In the seven years since the program was launched, about half the students in the four cohorts that have graduated went on to major in computer science or engineering in college, and half of those were girls. In the makerspace, the wall is lined with the mugs of the prestigious, science-oriented colleges and universities attended by graduates.

The program isn’t just about science and academic advancement. Schechter, which is affiliated with the Conservative movement of Judaism, seeks to infuse Torah values into all its programs. The incubator participates in Tikkun Olam Makers, an international program that harnesses technology to create affordable, customized solutions for everyday challenges facing people with disabilities.

These are among the inventions that Schechter Westchester students have designed for people with disabilities during Tikkun Olam “make-a-thons”: a wheelchair equipped with a carrying shelf for a teenager with cerebral palsy, custom-adapted crutches for another teen with mobility issues and a sensor for a woman with sight problems.

“We can take what we learned here, using the passions that we love, to really make a difference in the lives of others,” senior Eitan Abecasis said.

Ptaszek said that “Schechter has both taught and shown us, time and time again, the Jewish value of kindness and of helping others.”

The head of school, Michael Kay, said the idea incubator program is both about actualizing Jewish values and distinguishing the school as a place of excellence.

“The Jewish tradition has always valued ingenuity and the application of academic skills toward active improvement of the world,” Kay said. “In today’s market, in which families choose every year from among dozens of outstanding schooling options, it is more important than ever for Jewish day schools to offer a signature program that clearly distinguishes them from other local schools.”

Aviv says he would love for his school to be known as the Jewish high school that helps people with physical challenges.

The students work on inventions that seek to tackle real-world problems. 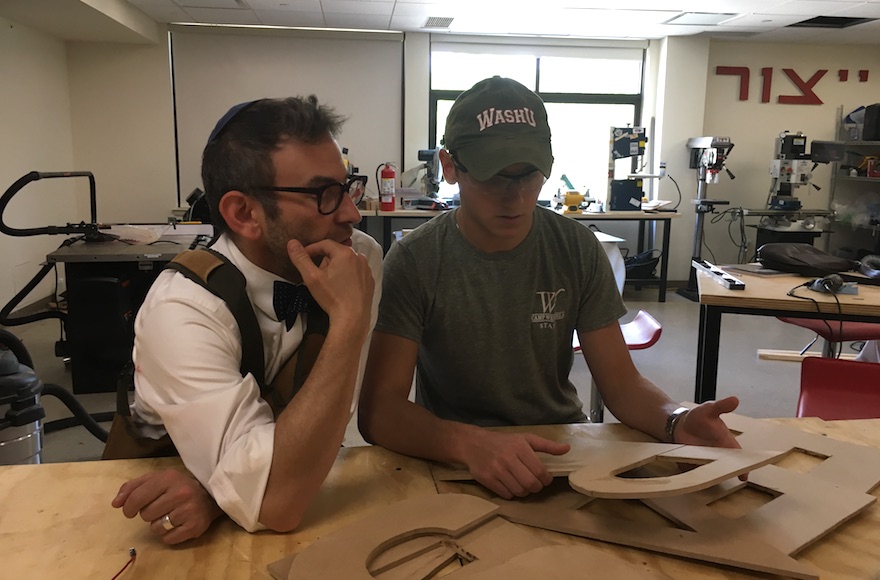 Sophomore Molly Schwartzberg developed the Rock n’ Rest smart crib that automatically rocks with an infant’s cries. Junior Ben Landau designed a fire extinguisher that he says uses less water and fuel than the air tankers that now fight at the edges of forest fires. Junior Lily Khabie conceived a coffeemaker for high-traffic areas such as airports and hospitals that can scan a code to quickly produce coffee to preset specifications.

One of the inventions even has a patent pending: Recap is a locked, timed pill bottle that promotes the proper use of prescription medications. The students’ parents funded the patent application. The prototype sits in a hallway vitrine near the makerspaces, pointing the way forward for other promising inventions.

Gigi Weissman, a mother of one graduate and two current students in the STEAM program, credits Aviv with sparking interest in technology in her eldest daughter, Lauren, who now studies engineering at Northwestern University.

The program, Weissman said, awakened her children’s “desire to tinker.”

“Their formulation of business plans has been an amazing exercise to think through an idea and an enhancement to their education at Schechter,” Weissman said.

Aviv, a geneticist by training who graduated from the Bronx High School of Science after attending Kinneret Day School in the Riverdale section of the Bronx for elementary school, said he is awed by the students’ growth and creativity.

“They come in scared kids and they come out fearless men and women,” he said. “I’m overwhelmed with pride over what these kids produce.”