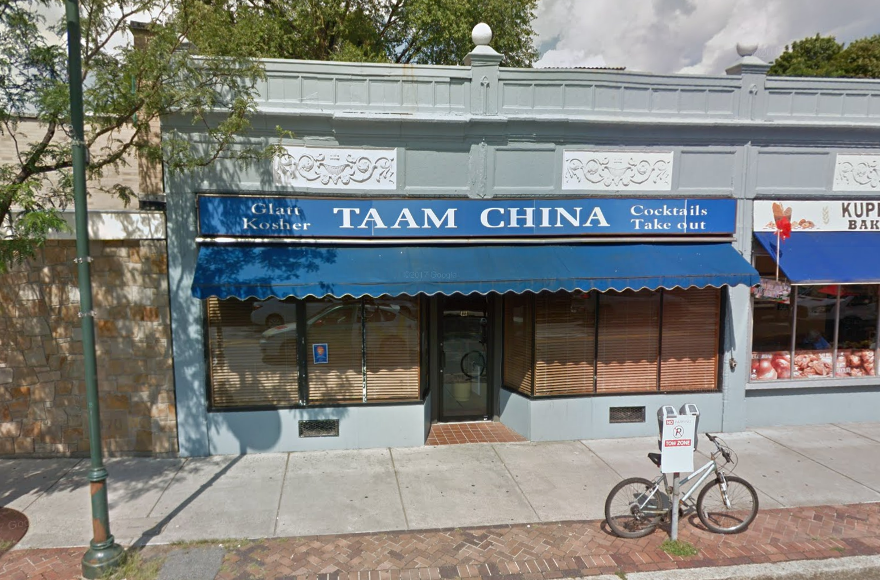 (JTA) — The owner of a kosher restaurant in suburban Boston has been charged with illegally recording his customers as they used the bathroom, allegations that arose after he was charged last month in the rape of a 12-year-old girl.

Prosecutors said Tze Chung, 63, who owns the popular Taam China restaurant in Brookline, Massachusetts, may have recorded customers up to 20 separate times beginning as early as 2015, The Boston Globe reported.

On Friday, Chung pleaded not guilty in Brookline District Court to 15 counts of illegal recording. He was released on $7,500 bail and must wear an electronic monitoring bracelet.

Chung, who has run the restaurant for 20 years, is accused of primarily recording a waitress at the restaurant whom he used to see romantically, according to The Boston Globe. She did not know she was being recorded. Chung has been ordered to stay 100 yards away from her and from the restaurant.

Last month, Chung was accused of child rape and other charges for allegedly assaulting the girl, whom he knows. The investigation in that case led to the illegal recording charges. He was released on $100,000 bail and ordered to wear a GPS bracelet.