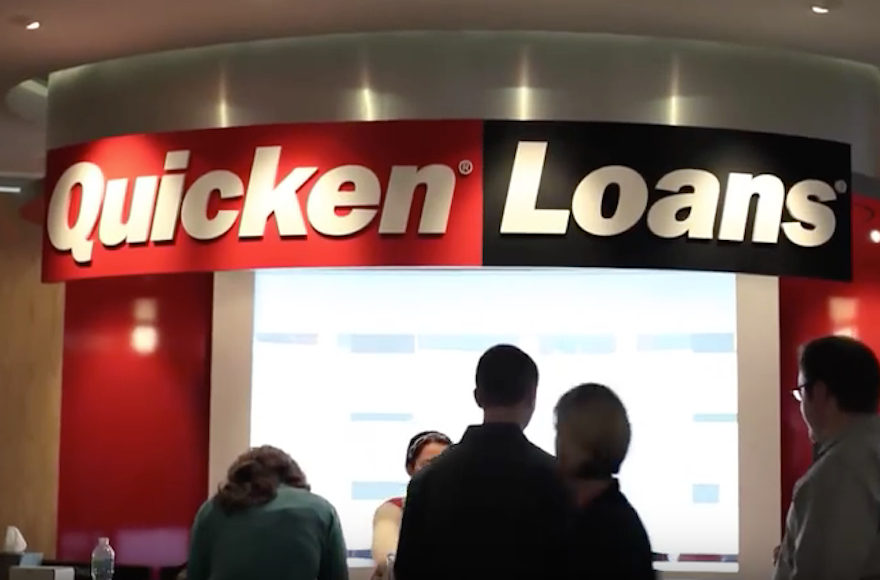 Quicken Loans is based in Detroit. (Screenshot from YouTube)
Advertisement

(JTA) — Orthodox Jews can continue to take out mortgages and other loans from Quicken Loans after the company resolved a Jewish legal problem.

Agudath Israel of America, a major haredi Orthodox organization, issued a Jewish legal ruling in April prohibiting Jews from taking out loans from the Detroit-based company because it is majority-owned by Jews — notably Dan Gilbert, who also owns the NBA’s Cleveland Cavaliers.

Jewish law, or halachah, forbids Jews from charging interest to other Jews. So Jews are allowed to own mortgage agencies — and lend to non-Jewish customers — but they are not allowed to lend to fellow Jews.

The biblical commandment against charging interest is known as Ribbis D’oraisa.

As of Friday, Quicken Loans adopted what is known as a “heter iska,” a technicality that changes the loan into a co-investment in which the lender and borrower become “business partners” — one supplies the capital and the other uses it as they see fit.

Agudah issued a statement notifying the community that Quicken Loans had adopted a global heter iska covering all mortgages initiated after June 8. The heter iska does not retroactively reclassify existing loans, however, according to Agudah spokesman Rabbi Avi Shafran.

Quicken Loans’ practice is to sell all loans shortly after they are made and thus do not need any further corrective action.

“On behalf of Torah Jewry across America, we thank Quicken Loans for its sensitivity and devotion to the needs of the community,” the Agudah statement said. “The company has exhibited true leadership in taking this bold move quickly and efficiently, trailblazing a clear path forward for the observant Jewish community. We are grateful for this and we express our deepest appreciation.”