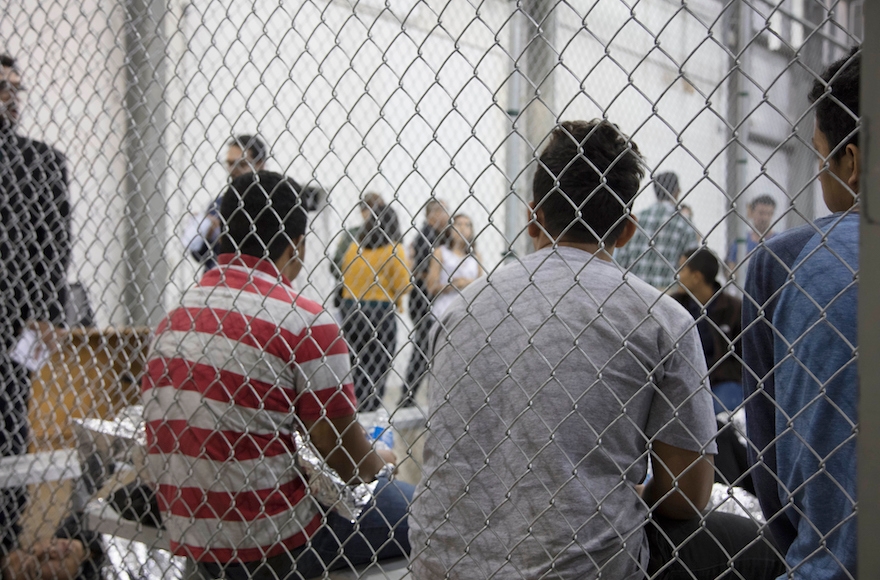 NEW YORK (JTA) — Last week, I visited McAllen, Texas, with a group of clergy — including 10 rabbis — to bear witness to the situation on the border, where new policies are forcing the detention and separation of families and the refusal to hear asylum claims from victims of gang and domestic violence. These practices violate both international refugee conventions signed by the United States, and basic morality and humanity.

Though we expected to enter the Ursula Detention Center, where some of these separated parents and children are being held, the staff there ultimately denied us entry. We did, however, spend time with some of the luckier families — those who were not detained at entry but instead were granted a “credible fear” interview (the first step in the asylum process) and released wearing ankle monitors. These families hoped to reunite with family elsewhere in the country and pursue their asylum claims in their new communities.

I spent time talking with three families, all of whom included one parent and one or two very young children: a mom from Nicaragua traveling with her two children, aged 2 and 6, on her way to her children’s grandmother’s home in San Francisco; a dad from El Salvador whose 2-year-old happily played with toy cars as we chatted; and another dad, from Honduras, who had brought his 4-year-old with him on the journey, but had left his wife and two older children at home with the hopes of bringing them later.

The three families had fled violence and gang violence in their home countries in the hopes of establishing safe and stable lives for their children. They had endured monthlong journeys — by bus, taxi and foot — plagued by robbery and intimidation by smugglers and others. The father from Honduras told me that he had heard news of the family separation policy while still in Mexico, but believed he had no choice but to keep heading north.

In defending his new “zero tolerance” policies, which cast all border crossers as criminals, Attorney General Jeff Sessions quoted the Christian Bible: “Let every person be subject to the governing authorities.” (Romans 13:1, NSRV translation) The verse has a sordid history of being invoked to defend slavery, and to reprimand ministers who dared to oppose the Nazi takeover of the German Church.

Sessions found a convenient justification for demanding obedience to an immoral law. Too bad he didn’t look a bit earlier, to the story of Sodom.

The Torah does not specify the sin of Sodom, a city so wicked that God chooses to destroy it, along with the neighboring Gomorrah. But some textual clues in the Bible offer a few suggestions. Within the story itself, two divine messengers arrive to warn Abraham’s nephew, Lot, that the city will be destroyed. When the people of Sodom hear that Lot has welcomed strangers into his home, they surround the house demanding that he surrender the visitors, probably to be gang raped.

While Sessions probably believes that the sin of Sodom concerns homosexuality, the Bible and rabbinic tradition think otherwise. Per the prophet Ezekiel, “This was the sin of your sister Sodom: arrogance! She and her daughters had plenty of bread and untroubled tranquility; yet she did not support the poor and the needy.” (Ezekiel 16:49) In contrast to Abraham, who offers passers-by a chance to wash their feet and enjoy a hot meal, the residents of Sodom respond to visitors with threats of violence. 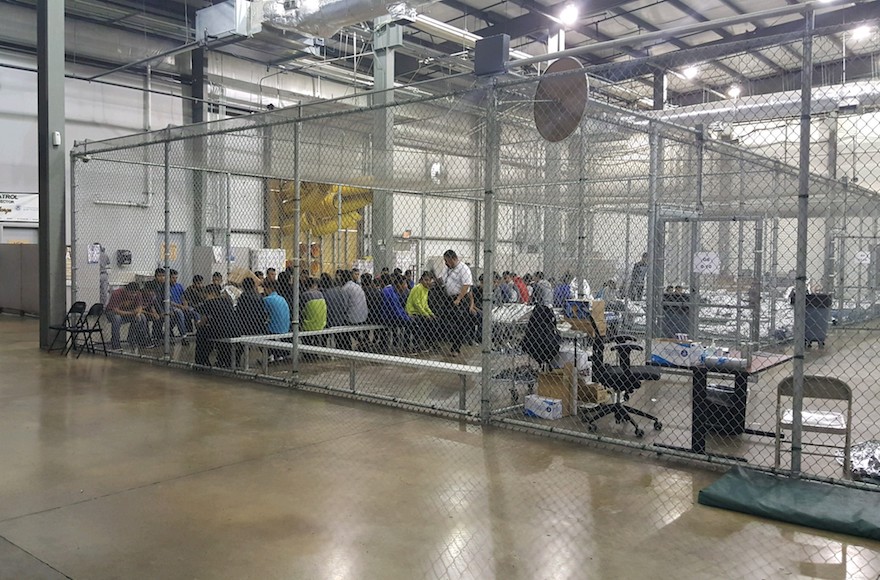 The Talmud is even more explicit: “[The people of Sodom] said: Since bread comes forth out of [our] earth, and it has the dust of gold, why should we suffer wayfarers, who come to us only to deplete our wealth? Come, let us abolish the practice of traveling in our land.” (Sanhedrin 109a)

Like Sessions, the Sodomites viewed immigration as a zero-sum game in which newcomers would only take resources without contributing anything in return. Accordingly, both adopted a “zero tolerance” policy aimed at closing the borders.

The Talmud goes on to imagine a series of deceptive and violent practices that the people of Sodom would employ to maim and starve any foreigners who dared enter their land.

But even in Sodom, a few brave souls dared civil disobedience — and often paid the price. “A certain maiden gave some bread to a poor man, [hiding it] in a pitcher. When the matter became known, they covered her with honey and placed her on the parapet of the wall, and the bees came and consumed her.” (Sanhedrin 109b)

That’s the other sin of Sodom: The residents who deceived and attacked foreigners were the law-abiding ones. Indeed, their lynching of the brave woman who dares feed the poor suggests that the people of Sodom would have agreed with Sessions’ exaltation of the law above all else.

But laws do not appear on their own. Cynically, the current administration imposed a zero tolerance policy requiring the criminalization of border crossers and eliminated two major reasons to apply for asylum, then complained that the prohibition against locking up parents and children together forced the separation of families. (It is not illegal to apply for asylum, regardless of how one entered the country.) The new executive order, which purportedly ends the separation of parents and children, does not end zero tolerance. Thus the only legal choice would seem to be locking up parents and children together — but for an existing legal ruling prohibiting the indefinite detention of children. The current law is not only immoral but also incoherent.

The ancient rabbis understood that immoral societies such as Sodom justify themselves through the establishment of unjust and immoral laws. So the Talmud identifies the four judges of Sodom, whose names roughly translate as “Liar,” “Habitual Liar,” “Forger” and “Perverter of Justice.” By instituting inhumane laws, and then lying about these, Sessions and the administration have shown themselves worthy inheritors of these monikers.

With Sodomites running our government, the challenge for every citizen is to refuse to normalize or justify the laws of Sodom. Thankfully, the response to this administration’s new immigration and asylum policies has not come only from a single young woman with a pitcher of bread. Throughout the country, we have seen protests at U.S. Immigration and Customs Enforcement offices and detention centers, many involving rabbis and Jewish community members.

God responds to the Sodomites decision to ban wayfarers, according to one early text, by saying, “With the good that I have bestowed upon you, you want to banish the law of hospitality from your midst? I shall banish you from the world!” (Sifrei Devarim 43:10) We may not need to worry about a divine intervention that will rain sulfur down on the United States, but the divine message is clear: A country that closes its doors to those seeking refuge destroys itself.

(Rabbi Jill Jacobs is the executive director of T’ruah: The Rabbinic Call for Human Rights, which mobilizes 2,000 rabbis and cantors and tens of thousands of American Jews to protect human rights in North America, Israel and the Occupied Territories.)