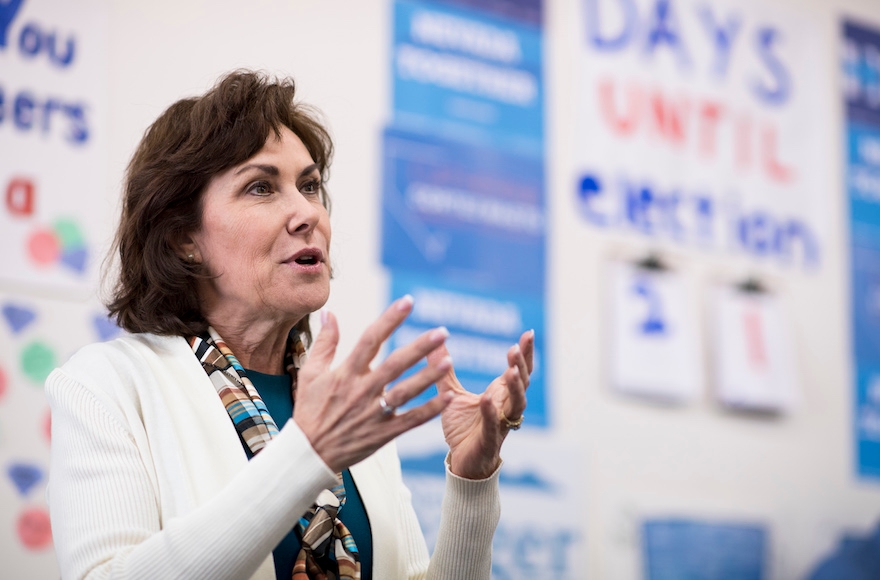 Trump derided Rosen, a former president of her suburban Las Vegas Reform synagogue, in a speech Saturday to the Nevada state GOP convention. The freshman congresswoman is challenging Dean Heller.

“I have a great nickname for her,” Trump said referring to Rosen. “Wacky Jacky. You don’t want her as your senator.”

Nevada is considered one of the few likely Senate pickups for Democrats in November. Heller is the only Republican incumbent whose state voted for Hillary Clinton in the 2016 presidential election.

Trump also attacked Rosen for campaigning with Democratic Massachusetts Sen. Elizabeth Warren, who he referred to as “Pocahontas” over her claims of having some Native American ancestry.

“Wacky Jacky is campaigning with Pocahontas, you believe this? In your state!” he said.

Trump said he would be in Nevada “a lot” to campaign for Heller.