Abraham, Moses, David and Solomon might get cut from the AP World History curriculum 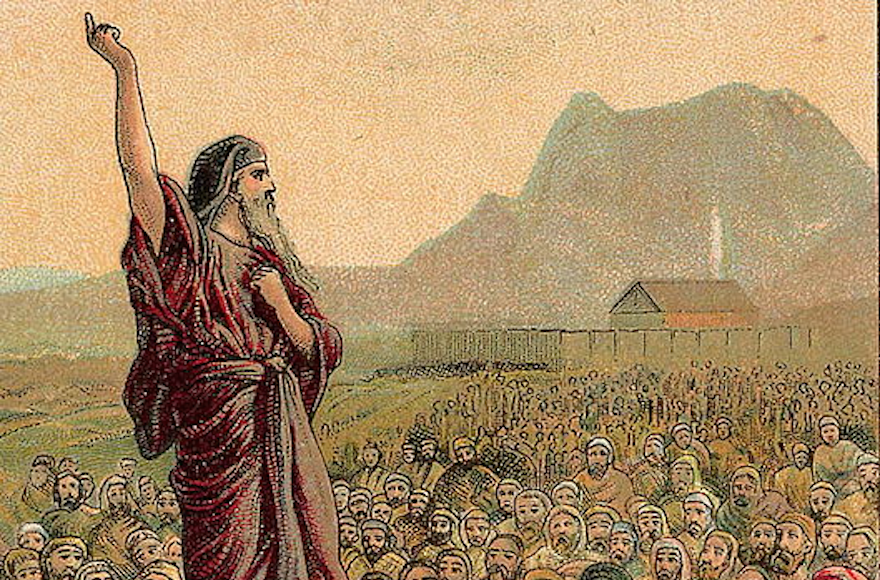 Moses would get cut out of the AP World History curriculum if the College Board follows through on a proposed change. (Providence Lithograph Company/Flickr)
Advertisement

(JTA) — The College Board recently proposed a controversial change to the AP World History curriculum: start at the year 1450, not the dawn of civilization. The idea, aimed at limiting the amount of material covered in the course, has prompted criticism from educators since it was announced last month.

Time pointed out that if that new curriculum goes into effect, an array of significant world figures would miss the course’s cutoff. With the help of astrophysicist Michael H. Hart and the MIT Pantheon project, the magazine compiled a list of 200 of the most influential individuals in documented history, from the Pharoah Menes, born in 3201 B.C.E., to President George W. Bush, born in 1946.

Going by this list, students in the course would no longer study 40 percent of the history’s most influential people. Not surprisingly, among those missing the cutoff on the Time list are some of the most important figures in Jewish history: Abraham, Moses, David and Solomon (although some feature more prominently in the course than others).

(If you’re curious about the Jewish figures who still make the 1450 cutoff on the Time list, they’re Karl Marx, Sigmund Freud, Albert Einstein and Gregory Pincus, co-inventor of the birth control pill.)

Critics have noted that the change appears to shift the focus largely to Western history.

“In a world that is fueled by quick reactions on social media, bias news (in all directions) and people responding on passion rather than facts, AP World History is needed more than ever,” Tyler George, who teaches the course in Michigan, told Politico. “Students need to understand that there was a beautiful, vast and engaging world before Europeans ‘discovered’ it.”

Due to the vocal opposition, the organization, according to it’s AP program head, Trevor Packer, is reconsidering its decision, weighing moving the start date to “several centuries earlier” than 1450. The College Board will announce its final decision in July.

“I have a lot of trust and respect for what they do,” Packer said of history teachers. “And so when I heard these concerns expressed so powerfully, I felt like we needed to pay attention.”