Drake admits that he’s a father on new album 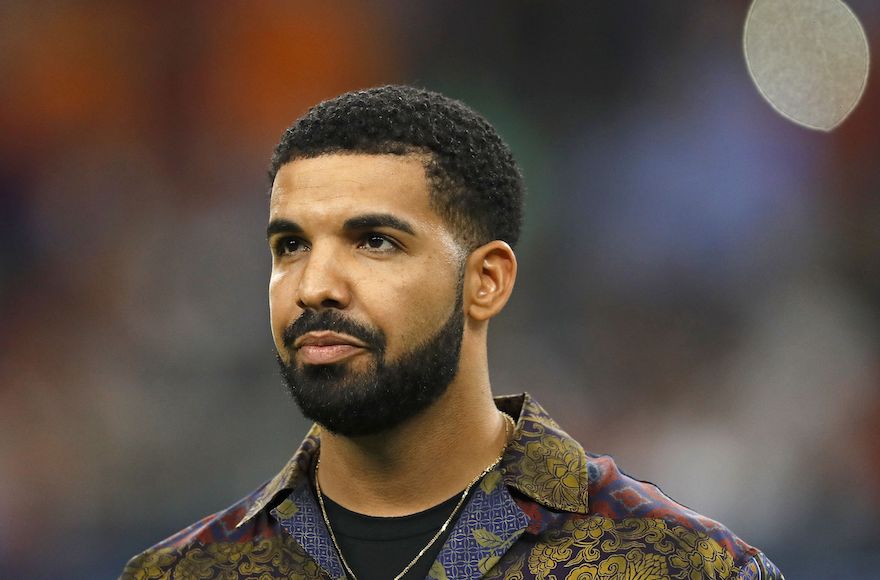 (JTA) — The suspense is over: Jewish rapper Drake, on his just-released double album, “Scorpion,” admits to fathering a son.

He was previously involved in a highly publicized war of words with fellow rapper Pusha T, who on his recent song “The Story of Adidon” accused Drake of hiding a son he fathered with former adult film star Sophie Brussaux.

“Scorpion” was released at midnight Thursday, and on “Emotionless,” the album’s fourth song, Drake testifies over a Mariah Carey sample: “Look at the way we live/I wasn’t hiding my kid from the world/I was hiding the world from my kid/From empty souls who just wake up and look to debate/Until you’re starin’ at your seed, you could never relate.”

He delves deeper into the controversy on the final track, “March 14.”

“Yesterday mornin’ was crazy/I had to come to terms with the fact that it’s not a maybe/That s–t is in stone/Sealed and signed/She’s not my lover like Billie Jean/But the kid is mine/Sadie used to tell me all it takes is one time/And all it took was one time/S–t, we only met two times, two times,” he raps.

He even admits his own failures in directly addressing his son on the track: “It’s breakin’ my spirit/Single father, I hate when I hear it/I used to challenge my parents on every album/Now I’m embarrassed to tell ’em I ended up as a co-parent/Always promised a family unit/I wanted it to be different because I been through it/But this is the harsh truth now/Fairy tales are saved for the bedtime stories I tell you now.”

“Scorpion” is Drake’s fifth official solo studio album and includes 25 songs. His past few records have broken Spotify streaming records, earned him dozens of industry awards and cemented his status an international megastar.

Drake, whose mother is Jewish, has repeatedly referred to his own Judaism in his songs and threw himself a bar mitzvah-themed 31st birthday party. When he hosted “Saturday Night Live,” his monologue was titled “Drake’s Bar Mitzvah.” He also attended Jewish day school in Toronto.