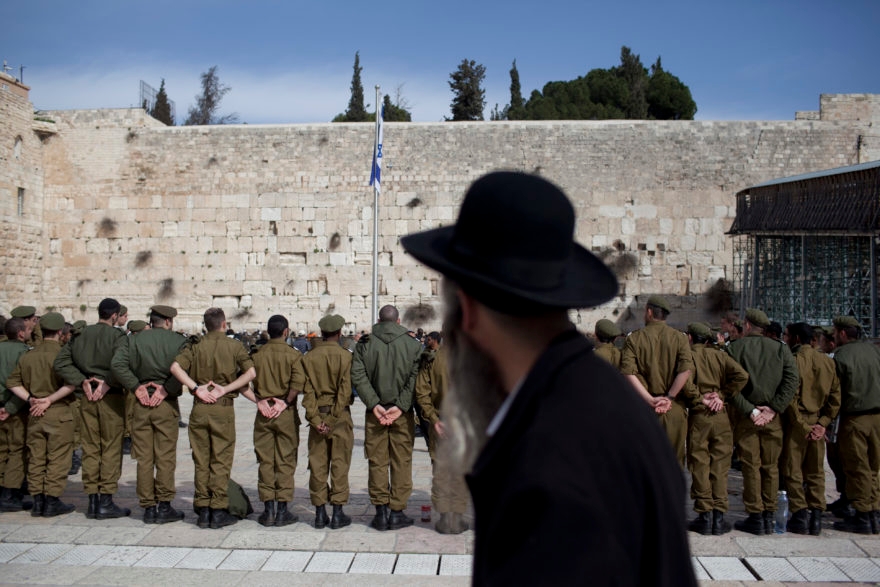 JERUSALEM (JTA) — A bill setting military enlistment quotas for haredi Orthodox yeshiva students passed its initial reading in the Knesset, despite threats by haredi lawmakers to bring down the government if it becomes law.

The legislation requires that a minimum number of students serve in the military, or the government will reduce the annual budget allocation for their yeshivas. The target will increase each year for 10 years.

Secular and non-haredi Israelis have long complained that far too many young adults studying in yeshivas are exempt from mandatory army service. Haredi leaders say army service would corrupt their youth and distract from their studies.

Some 63 lawmakers voted in favor of the legislation and 39 against after a more than three-hour debate that lasted into early Tuesday morning. The legislation must pass two more readings to become law.

The centrist and secular Yesh Atid party, which sits in the opposition, voted with the ruling government coalition in favor of the legislation. This ensured its passage, since the haredi Orthodox parties publicly oppose the legislation. Ahead of the vote Yaakov Litzman, the head of the United Torah Judaism party, threatened to leave the government if the bill was enacted. The loss of UTJ’s six Knesset seats would put the coalition below the number needed to remain in power.

Lawmakers from United Torah Judaism and the Sephardic Orthodox Shas party reportedly remained outside of the Knesset plenum’s chamber until it was clear the measure would have enough votes to pass the first reading. They then entered and voted against the legislation.

The Arab Joint List, which has 13 Knesset seats, did not take part in the vote. Arab-Israeli citizens are not conscripted into the military.

The government wants to pass the legislation before the summer session ends on July 18.

Last September, the Supreme Court struck down a law that increased the number of draft exemptions for haredi Orthodox yeshiva students. The court gave the government one year to rework the draft for haredi men.

If the yeshivas do not meet the targets for three years in a row, the law will be thrown out and all haredi men will be required to enlist. The 2018 target enlistment stands at 3,348, reaching 6,844 by 2027.