Richard Siegel, educator who co-edited ‘The Jewish Catalog,’ is dead at 70 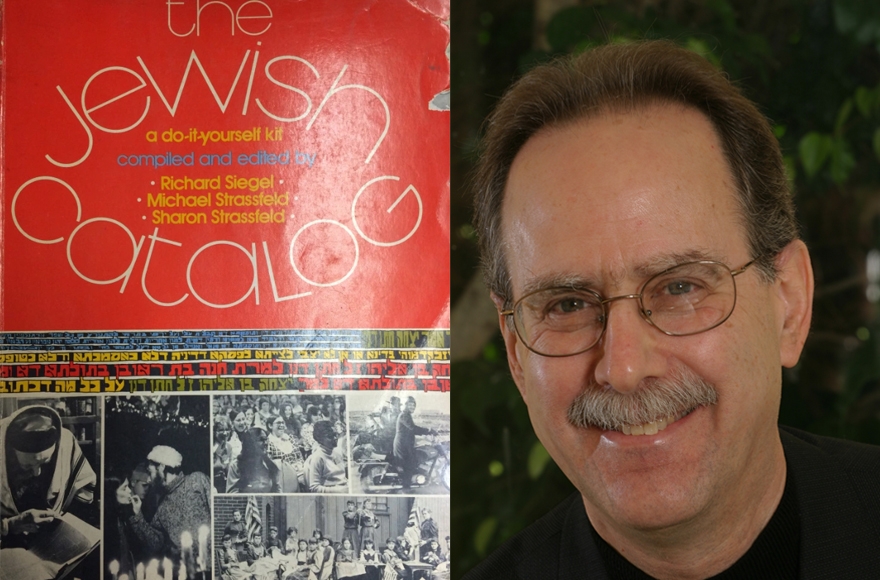 Richard Siegel worked at the National Foundation for Jewish Culture for 28 years and co-edited the seminal “Jewish Catalog” series of guides to “do-it-yourself” Judaism. (HUC)
Advertisement

He was 70 and had been battling cancer for two years, according to a friend and colleague, Barry Holtz, a professor of Jewish education at The Jewish Theological Seminary.

Siegel was the director emeritus of the Zelikow School of Jewish Nonprofit Management at Hebrew Union College-Jewish Institute of Religion in Los Angeles, which trains communal professionals for work in Jewish organizations.

For 28 years he worked at the National Foundation for Jewish Culture (renamed the Foundation for Jewish Culture), and served as its executive director from 1978 to 2006. According to HUC, he created the Jewish Endowment for the Arts and Humanities to provide funding for artists, scholars and cultural institutions, and initiated the Fund for Jewish Documentary Filmmaking, the Fund for New Play Commissions in Jewish Theater and the 6-Points Fellowships in the Arts.

In 1973, along with Michael Strassfeld and Sharon Strassfeld — fellow members of Havurat Shalom, a lay-led congregation in Somerville, Massachusetts — he published what became known as “The First Jewish Catalog.” It’s subtitle was “A Do-It-Yourself Kit,” and it offered instructions on everything from making a seder to crafting a tallit to protesting for Soviet Jewry. Its target audience was young Jews who wanted to return to the traditions of their grandparents but weren’t exactly sure how.

Inspired by the “The Whole Earth Catalog,” a source of “tools and ideas” for the hippie generation, Siegel and the Strassfelds found contributors who, like them, boasted excellent Jewish and even rabbinic educations.

The book became an instant best-seller for the Jewish Publication Society. It and two subsequent volumes were credited with empowering young Jews who felt alienated from synagogue life and popularizing an ethos of pluralism and gender egalitarianism. Critics objected to the very elements that its fans considered its strengths: that it leaned too heavily on the ethos of the 1960s counterculture and gave too little respect to the major Jewish denominations and institutions.

“We did have a legitimate critique of American Jewish life, and we were offering some new ideas for its reinvigoration,” Siegel recalled in 2015 in an address to HUC’s graduates. “To be clear, we weren’t just pointing out the Jewish community’s faults and admonishing it to change its priorities. As activists, we were working to make the change happen, to ‘be the change we wanted to see,’ to use a contemporary aphorism.”

As his generation of young activists themselves became part of the Jewish establishment, Siegel turned to promoting Jewish culture and training professionals for work in Jewish institutions.

In his 2015 speech, he said, “Now more than ever, Jewish organizations, whether startups or legacy institutions, need business-savvy, Jewishly educated and visionary professional leaders to help them address both the enormous challenges and significant opportunities facing the Jewish world and the broader society.”

In recent years he worked with his wife, Rabbi Laura Geller, on a forthcoming book titled “Good at Getting Older: A Practical Catalog Grounded in Jewish Wisdom,” to be published by Behrman House.

His other books included “The Jewish Almanac” (1981) and “The Writer in the Jewish Community: An Israel-North America Dialogue” (1993).

Siegel also was one of the founding members of Minyan Maat, a lay-led congregation that meets at Ansche Chesed, an egalitarian, Conservative synagogue on Manhattan’s Upper West Side.

“Richard Siegel was a transformative force in the Jewish world through his commitment to strengthening professional education, enhancing Jewish culture and advancing contemporary Jewish identity formation,” the Zelikow School said in a statement announcing his death.

Raised in Pittsburgh, Siegel received a master’s degree in contemporary Jewish studies (now the Hornstein Program) at Brandeis University in 1972 and another master’s in Jewish history from the Jewish Theological Seminary in 1974. His master’s thesis at Brandeis was subsequently developed into “The Jewish Catalog.”

He was the Hillel director, its first, at the State University of New York at Stony Brook from 1974 to 1978, where he founded the Long Island Jewish Arts Festival.

He is survived by his wife, the senior rabbi emerita of Temple Emanuel of Beverly Hills, and their children, Andy, Ruth, Josh and Elana.