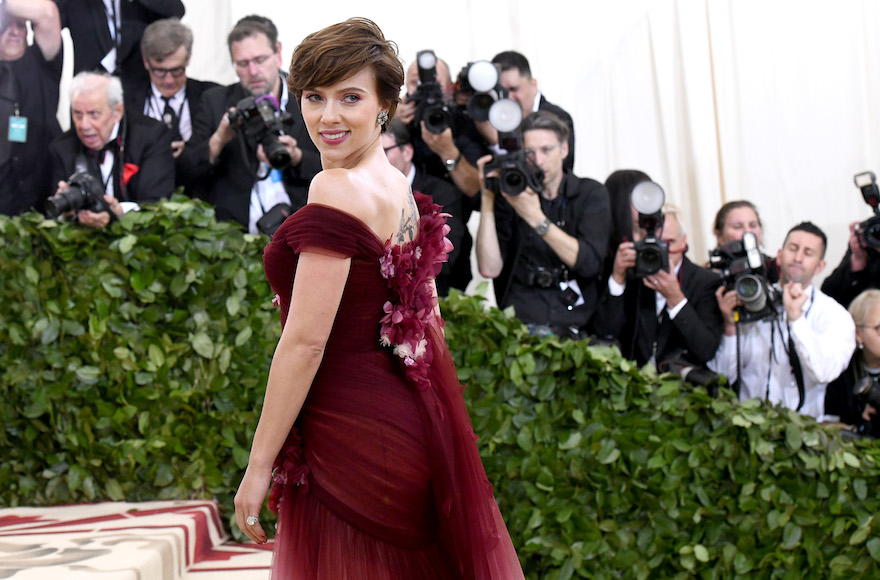 (JTA) — Call her the next Bari Weiss.

Daniella Greenbaum — a 24-year-old conservative Jewish writer who, like the prominent New York Times columnist, has a knack for irritating the left over hot button social and political issues — may have just broken into the social media zeitgeist.

Last week, Greenbaum wrote a column in Business Insider about the controversy currently surrounding Scarlett Johansson, who was set to star as a transgender man in the upcoming film “Rub and Tug.” Some argued that the role should be played by a transgender person, but Greenbaum disagreed.

“Scarlett Johansson is the latest target of the social-justice warrior mob. The actress is being chastised for, well, acting,” Greenbaum wrote July 6. “She has been cast in a movie in which she will play someone different than herself. For this great crime — which seems to essentially define the career path she has chosen — she is being castigated for being insufficiently sensitive to the transgender community.”

The response to Greenbaum’s column — as it was to the Johansson news — was swift and harsh.

“I stand with trans people who are sick of cis people pretending to be them. Listening to our communities might make you uncomfortable but we’re not going to be quiet anymore,” wrote the self-described daughter of a transgender parent.

I’m disabled and I’m sick of seeing other people win awards for doing a terrible job of cripping up. I stand with trans people who are sick of cis people pretending to be them. Listening to our communities might make you uncomfortable but we’re not going to be quiet anymore.

Business Insider decided to take the article down, saying the article “did not meet our editorial standards.” The site’s global editor-in-chief Nicholas Carlson then issued new opinion writing guidelines to staff, urging editors to “err on the safe side” when it comes to flagging “culturally sensitive pieces.”

None of that sat well with Greenbaum, who resigned two days later and posted her resignation letter on Twitter.

“Can an actor act?” she wrote. “Apparently that radical view — that actors should be free to act — is beyond the pale of acceptable opinion.”

She then went on to list a bunch of other opinions of hers that “some might consider ‘controversial,’” making the post a manifesto of sorts. Among her assertions was that “Hamas — not Israel — is the worst enemy the Palestinian people have.”

Greenbaum followed up with more thoughts on the subject in an article titled “The social media mob is a danger to society,” published in The Washington Post on Thursday.

“Given that in these thin-skinned days just about any subject can be called ‘culturally sensitive,’ and given that a committee would basically ensure that my column became a safe space, I had no alternative but to resign,” she wrote. “And so I’ve had the disorienting experience of becoming one small data point in what is a disturbingly large set.”

Greenbaum has written about Israel since her days as a student at Columbia, through her time as an assistant editor at Commentary magazine and into her short tenure at Business Insider. But her very public resignation, which was covered by outlets ranging from CNN to Fast Company to Fox News, may have put her on the map for a much broader audience.

This is the second time in as many years that Johansson, who is also Jewish, has been at the center of a diversity controversy. Last year she played a character originally written as Japanese in “Ghost in the Shell,” and took a lot of heat for it.

In 2014, Johansson was also harangued for appearing in advertisements for SodaStream, the Israeli manufacturer of seltzer makers, which had a factory in the West Bank. She resigned her Oxfam ambassador position after the global charity organization criticized her SodaStream connections and publicly said she stood by her decision to work with the company.

On Friday, Johansson dropped out of “Rub & Tug,” citing “recent ethical questions raised surrounding my casting” as the transgender protagonist.”

Scarlett Johnasson just dropped out of the film due to the backlash she received. She should have stood up to her critics.