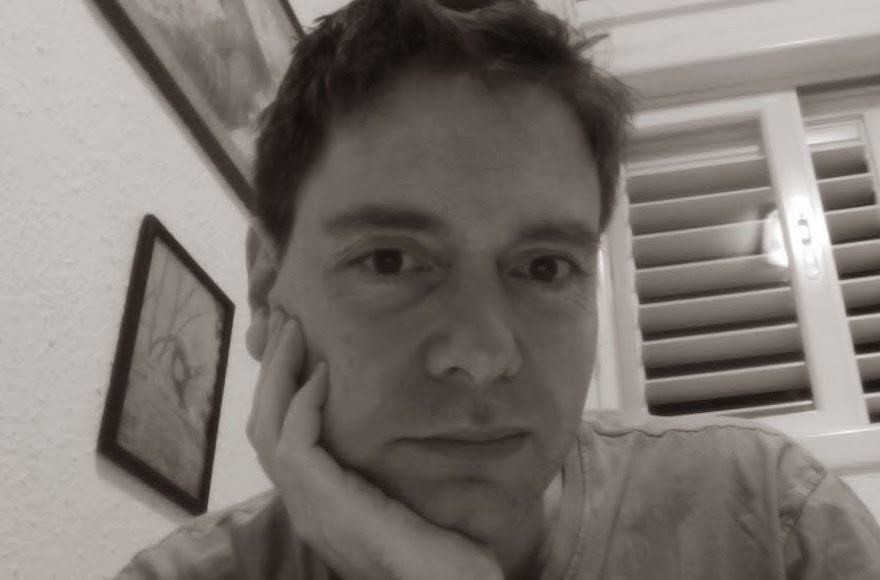 Yitzhak Melamed was beaten by a Palestinian and then by German police officers in Bonn, Germany. (Courtesy of Melamed)
Advertisement

(JTA) — Yitzhak Melamed was accosted by an anti-Semite and then beaten by German police while in the city of Bonn for a lecture last week. The attacks left the Jewish professor’s face bleeding, his glasses broken — and his will untouched.

In October, Melamed will return to Germany. And he’ll be wearing his kippah, just as he always has. He will not let a string of anti-Semitic attacks there — including the one that set off his ordeal — deter him.

“There’s the question of the current situation in Germany, when people are afraid of going with the kippah,” he told JTA in a phone interview Tuesday. “I don’t understand how people are willing to tolerate that.

Melamed, 50, a philosophy professor at Johns Hopkins University in Baltimore, made headlines last week for a bad experience that quickly became much worse.

While walking in a park with a colleague, he was approached by a man who identified himself as Palestinian. The man began to shout anti-Semitic slurs at him, like “I f*** Jews, I f*** Jews” and “No Jews in Germany.”

Melamed recounted the incident in a Facebook post, saying the man pushed him three times and threw his kippah to the ground three times. He responded by trying to kick his assailant in the groin twice, but missed both times.

Police sirens sounded and the attacker fled. Melamed gave chase, not wanting the man to get away. He couldn’t have expected what happened next.

“I didn’t have much time to wonder, as almost immediately four or five policemen with heavy guard jumped over me (two from the front, and two or three from the back),” Melamed wrote. “They pushed my head into the ground, and then while I was totally incapacitated and barely able to breath[e] not to mention move a finger, they started punching my face. After a few dozen punches, I started shouting in English that I was the wrong person.”

He figures that because he had been running, the police mistook him for the aggressor. Melamed understands the mistake, but said there’s no excuse for the brutality that followed. He also said the experience has raised his consciousness about police brutality in the United States.

“They made an error in misidentifying me — it’s incompetent, it’s bad, but it’s not necessarily something they say is morally corrupt,” Melamed told JTA. “At that point, when they were trying to kick me like crazy, what was the point? I was totally passive.”

Police repeatedly tried to dissuade him from filing a complaint, Melamed said, and suggested that he had provoked the incident by not following orders. But as the son of Holocaust survivors, Melamed said he had little patience for German police officers acting defensively after they had beaten a Jew.

“One of these idiots — sorry, one of the policemen — came to me and said, ‘Don’t get in trouble with the German police,'” the professor recalled to JTA. “I told him, ‘No, I’m sorry sir, I’m not afraid of the Germans because you murdered my family, and I had enough of that.'”

The local police chief, as well as a local government minister, personally apologized. But Melamed told JTA that he felt “betrayed” when a police statement later came out saying that Melamed “failed to comply with several requests from the officials to stop” and “fought against” police.

“There are so many reasons these calls can be misinterpreted,” he said of the police orders. “I have no idea what the police are supposed to shout at you in German. I never watched any German action film.”

“[This was] a terrible and regrettable misunderstanding in the field, for which I have expressly apologized to the professor concerned,” she said. “We will examine exactly how this situation came about and do everything possible to avoid such misunderstandings in the future.”

Now back in the U.S., Melamed says his wounds have healed. He won’t be paying too close attention to how his police complaint is progressing, though he is considering a civil suit.

Raised in Israel, Melamed holds master’s degrees from Tel Aviv University and a doctorate in philosophy from Yale University. He describes his work as “the intersection of philosophy (primarily metaphysics), Jewish and religious studies, the history of science, and the humanities in general.” A review of his 2013 book on the Dutch philosopher Baruch Spinoza, “Spinoza’s Metaphysics,” said it will “stimulate and inform discussion of Spinoza for years to come.”

Since the incident, the father of three says he has been deluged with sympathetic emails — including many apologetic ones from Germans — along with a handful of anti-Semitic messages. And he knows one thing: He has been visiting Germany for work for more than two decades and isn’t about to stop.

“It’s never comfortable for me in Germany, but it’s always interesting to me,” he said. “I’m curious. I want to understand the place today.”