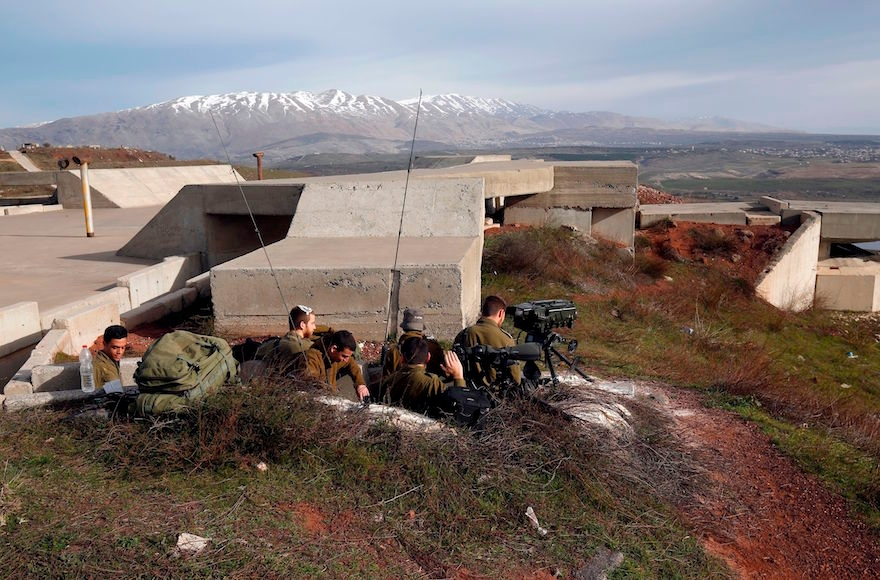 WASHINGTON (JTA) — A key U.S. House of Representatives committee heard arguments for and against recognizing Israel’s annexation of the Golan Heights.

The hearing Tuesday of the national security subcommittee of the Oversight Committee, convened by Rep. Ron De Santis, R-Fla., the subcommittee chairman, was not attached to any piece of legislation.

However, the push by De Santis, who in his remarks favored recognizing Israel’s 1981 annexation of the strategic plateau, represents an aggressive push by some pro-Israel groups, friendly Republicans and the Israeli government to consolidate gains under President Donald Trump, whose closeness to the government of Prime Minister Benjamin Netanyahu is unprecedented.

The Netanyahu government reportedly has pressed the White House in recent months to recognize the annexation with the argument that the breakdown of order in Syria subsequent to the outbreak of civil war in 2011 undergirded Israeli claims that the plateau is critical to maintaining security. Israel captured the Golan in the 1967 Six-Day War.

“It would recognize the reality that the Golan Heights is part of Israel and is vital to its national security,” De Santis, whose bid for Florida governor in this year’s election has been endorsed by Trump, said in the hearing.

Democrats on the committee, led by Rep. Stephen Lynch, D-Mass., tended to oppose recognizing the annexation while supporting Israel’s continued presence. Lynch said that recognition could unsettle the region and pose security concerns to the United States and other U.S. allies.

Witnesses favoring recognizing the annexation included Michael Doran of the Hudson Institute; Dore Gold of the Jerusalem Center for Public Affairs, a former top adviser to Netanyahu; Eugene Kontorovich of the Northwestern University School of Law; and Morton Klein, the president of the Zionist Organization of America. Speaking against was Daniel Kurtzer, a former U.S. ambassador to Israel who is now a professor of Middle Eastern studies at Princeton University.