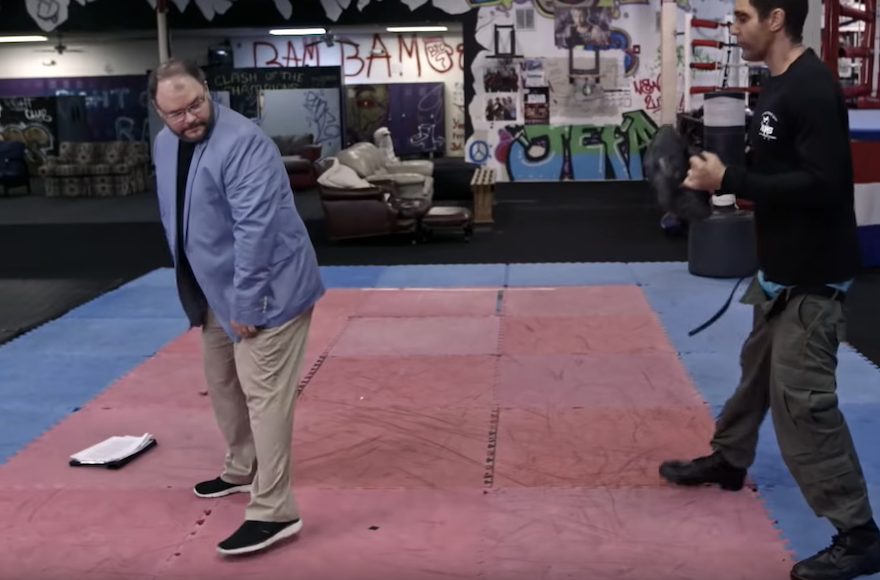 Jason Spencer, left, got in trouble for his actions on Sacha Baron Cohen's show "Who Is America?" (Screenshot from YouTube)
Advertisement

But the clip surfacing from Sunday night’s episode of “Who Is America?” might be the most mind-blowing one yet.

Over the course of a five-minute clip from the Showtime show shared to YouTube, Cohen’s character purports to teach Spencer how to identify and intimidate extremist Islamic terrorists. Cohen’s methods include taking R-rated selfie stick photos and dropping one’s pants, all the way down.

Along the way, Spencer happens to also yell the n-word several times and use an insensitive accent to portray an Asian tourist.

Spencer, not surprisingly, is now facing calls to resign, including from Georgia’s governor and state house speaker.

What is surprising is how Cohen fooled him and the others featured so far on his show so badly.

Watch the full clip above.