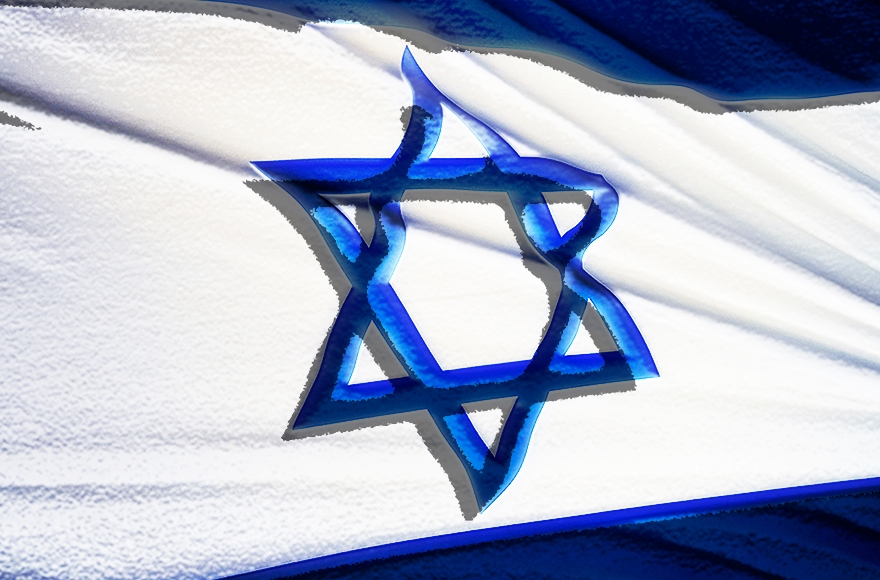 (JTA) – On July 19, Israel’s right-wing coalition government passed, by a narrow 62-55 margin, its controversial nation-state law, which declared Israel as the “nation-state of the Jewish people.” Scores of liberal critics denounced the measure as an unnecessary and racist provocation, while defenders called it a statement of the obvious.

Akin to a constitutional amendment, the “basic law” declares — much like the country’s Declaration of Independence — that Israel is “the home of the Jewish people.” Unlike the declaration, however, it asserts that Jerusalem is its capital, that national self-determination in the state of Israel  is “unique to the Jewish people,” and that Hebrew is the state’s language —  while Arabic, previously an official language, is now designated as having “a special status in the state.”

As CNN noted, “Though the law is fraught with controversy and highly symbolic, much of it has little practical impact.”

Prime Minister Benjamin Netanyahu called the passage of the law “a pivotal moment in the annals of Zionism and the State of Israel,” while Ahmad Tibi, an Arab Knesset member, denounced it as “the end of democracy” and “the official beginning of fascism and apartheid.”

Reactions to the law reflect the wide divides within Israeli society itself and among observers abroad. Here’s a sampling:

Do Arab citizens have a national identity in Israel?

The bill “failed to grapple with Palestinians citizens’ insistence that they have a right to live in Israel with full and equal rights, and that they will not give up their Palestinian national identity to do so,” Maha Nassar, an associate professor at Arizona University, said in the Forward. “It’s time that we have a serious conversation about whether it was ever really possible to have a ‘Jewish and democratic state’ that took seriously Palestinians’ national identity and ties to their land.”

Noah Kulwin, senior editor of the left-wing Jewish Currents magazine, said the bill codifies discrimination against Arabs, comparing Israel to apartheid South Africa and noting that the country is “finding common cause with the European far right.”

David Hazony, founding editor of The Tower magazine, says the critics are distorting what the bill actually states.

“Building a Jewish homeland — through sovereignty, through culture, and through settlement — has always been the core purpose of the country,” Hazony wrote in the Forward. “The bottom line is that Israel is the Jewish State, and this law tells us what that means, just as other Basic Laws tell us what goes into its democratic foundations.”

Avi Dichter, the Likud party Knesset member who sponsored the bill, suggested it was meant as a response to Arabs — both Israeli citizens and living in the West Bank — who believe that Israel would one day become a binational state of all its people.

“We are enshrining this important bill into a law today to prevent even the slightest thought, let alone attempt, to transform Israel to a country of all its citizens,” he said.

In remarks to the Knesset, Dichter responded to members of the Joint List, the Arab Israeli bloc in the parliament.

“When I listened attentively to the Joint List MKs, it was impossible to miss their clear words: ‘We, the Arabs, will win, we are in our homeland, we were here before you and we’ll be here after you.’ This Basic Law is the clear-cut answer to those who think that and it is clear: You were not here before us and you will not be here after us,” he said.

The arguments on both sides get at an implicit tension that has hounded Israel since its founding in 1948: The Jewish state, founded as such, wants to privilege and shelter Jews and explicitly be a homeland for the Jewish people while simultaneously maintaining a democracy that supports all of its citizens — non-Jews included. Israel aimed to tolerate its minorities in a way the world, including Europe and the Middle East, had not previously tolerated Jews.

The tensions are seen in the Declaration of Independence.

Israel’s foundational text is fiercely ethnonationalistic,  saying that the recognition of Israel by the United Nations General Assembly “is irrevocable. This right is the natural right of the Jewish people to be masters of their own fate, like all other nations, in their own sovereign State.”

At the same time, the declaration ensures “complete equality of social and political rights to all its inhabitants irrespective of religion, race or sex.”

Riding a wave of ethnic nationalism

Max Fisher of The New York Times insists that the bill puts Israel firmly on the nationalist side of the equation, comparing countries like Hungary that “have overtly embraced an old-style national identity, with leaders championing the ethnic origins of the state, warning darkly of foreigners and curtailing basic rights.”

Fisher also cites polling in Israel that suggests Jewish identity is winning out over democracy.

“Those who say Israel should be Jewish first overwhelmingly belong to the political right, which pushed through this week’s national self-determination law,” he wrote. “But even those who say democracy should prevail express support for some caveats. In 2014, most Jews said that ‘crucial national decisions’ — like, say, self-determination — should be left to the Jewish majority.”

Israel still remains a democracy, with Freedom House deeming the Jewish state a fundamentally free “multiparty democracy with strong and independent institutions that guarantee political rights and civil liberties for most of the population,” referencing political moves against minorities. There is a large Arab bloc in the Knesset, and a robust NGO culture of Jews and Arabs that promotes a “shared society” for all Israelis.

And the nation-state bill won’t change that in a single stroke. Still, “the law could eventually have far-reaching implications for Jewish-Arab relations within Israel and for Israeli-Palestinian relations,” wrote Dov Waxman, professor of political science, international affairs and Israel studies at Northwestern University.

Gila Gamliel, Israel’s minister for social equality, said Monday on Israeli TV that the nation-state law will act as a counterweight to a previous Basic Law that enshrines human rights, freedom and dignity. That law, Gamliel said, ensures Israel’s democratic character and this law will place the state’s Jewish character on the same level.

As an example, Gamliel suggested that the nation-state law could give greater legal force to Israeli government efforts to deport African asylum seekers from Israel, presumably in order to safeguard Israel’s Jewish character. Previous laws targeting asylum seekers have been struck down by Israel’s Supreme Court on the basis of the Human Freedom and Dignity Law.

But Waxman wrote that the law contains no “recognition of the presence of a Palestinian-Arab minority in Israel.”

“On the contrary, the new law implicitly denies their very existence as an indigenous national minority that also has a legitimate claim to national self-determination, or at least collective rights. In doing so, the nation-state law will only anger, and further alienate, Israel’s Arab citizens. The message the law sends to them is unequivocal: This state is not yours and this land does not belong to you.”

Amir Fuchs, an expert at the Israel Democracy Institute, told The New York Times that even if the law is only declarative and won’t change anything in the near future, “I am 100 percent sure it will worsen the feeling of non-Jews and especially the Arab minority in Israel.”

Lucy Aharish, an Arab-Israeli newscaster who broadcasts in Hebrew, offered a fiery monologue against the law on Monday.

“I feel like the state has been taken from me,” she said. “They’re taking the state and excluding me from the community of Israelis that you so want me to belong to. And it hurts me. It hurts me because you’ve excluded me. You’ve excluded me and 20 percent of the population.”