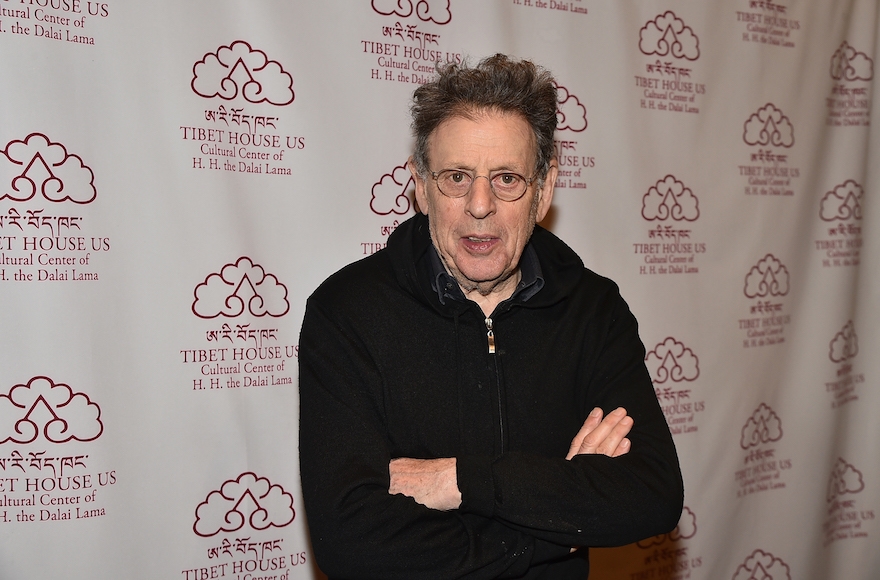 The Jewish artist, 81, will be honored along with pop idol Cher, singer Reba McEntire and jazz saxophonist Wayne Shorter for making “enduring and indelible marks on our culture,” the Kennedy Center announced Wednesday. The four co-creators of the Broadway play “Hamilton,” including Lin-Manuel Miranda, also will receive awards.

Glass, who pioneered a new minimalist and repetitive form of classical music, is widely viewed as one of the 20th century’s most influential composers. Among other things, he has written operas, symphonies, pieces for musical theater and film scores — three of which were nominated for Academy Awards.

Glass, a Baltimore native, is the son of Jewish immigrant parents from Lithuania. He has called himself a “Jewish-Taoist-Hindu-Toltec-Buddhist.”

The ceremony takes place Dec. 2 and will air Dec. 26 on CBS. It is customary for the president to attend the event, but Donald Trump opted not to last year. Speculation has already begun over whether or not he will attend this year.