Isaac Herzog: ‘Diaspora Jews are drifting away from Israel’ 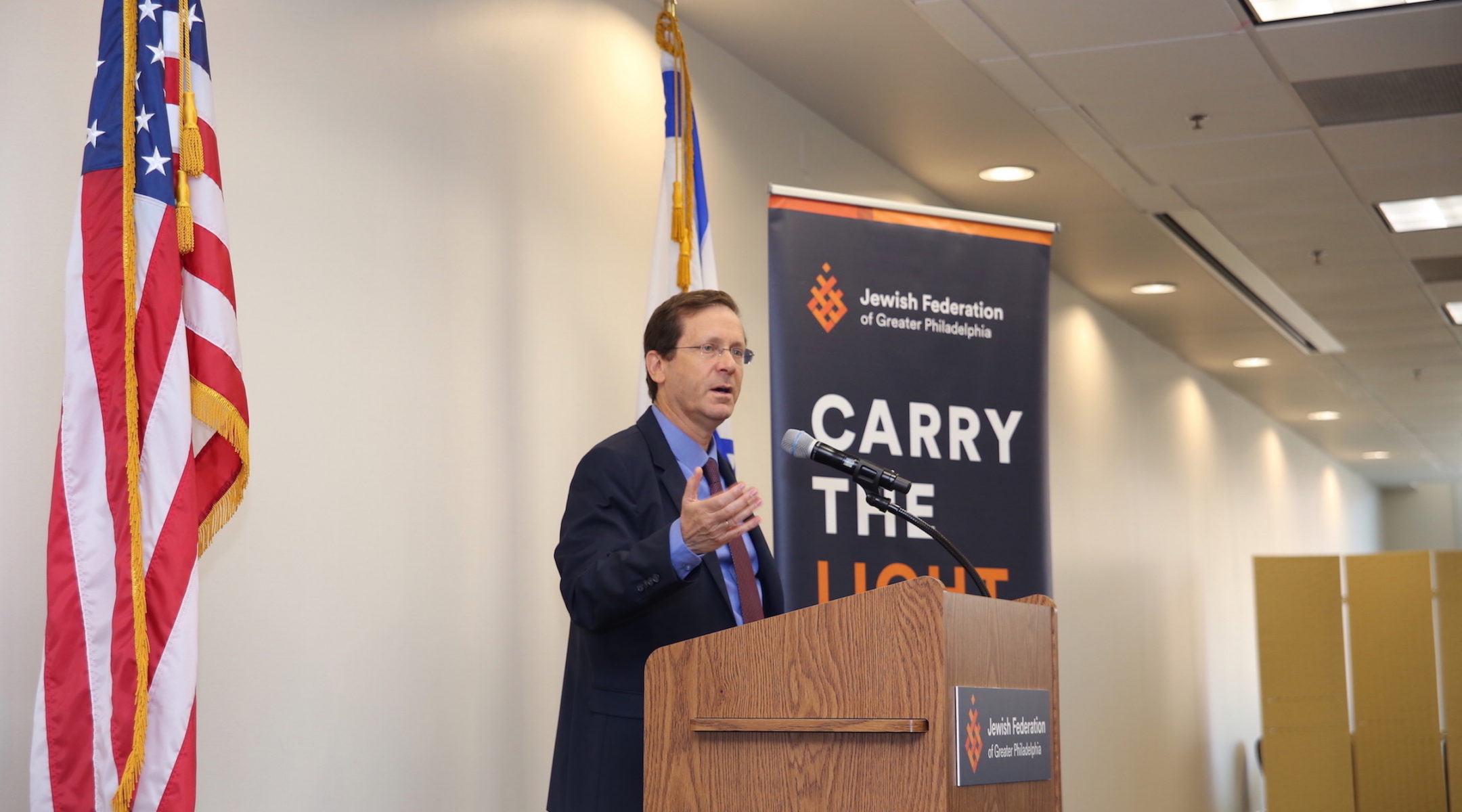 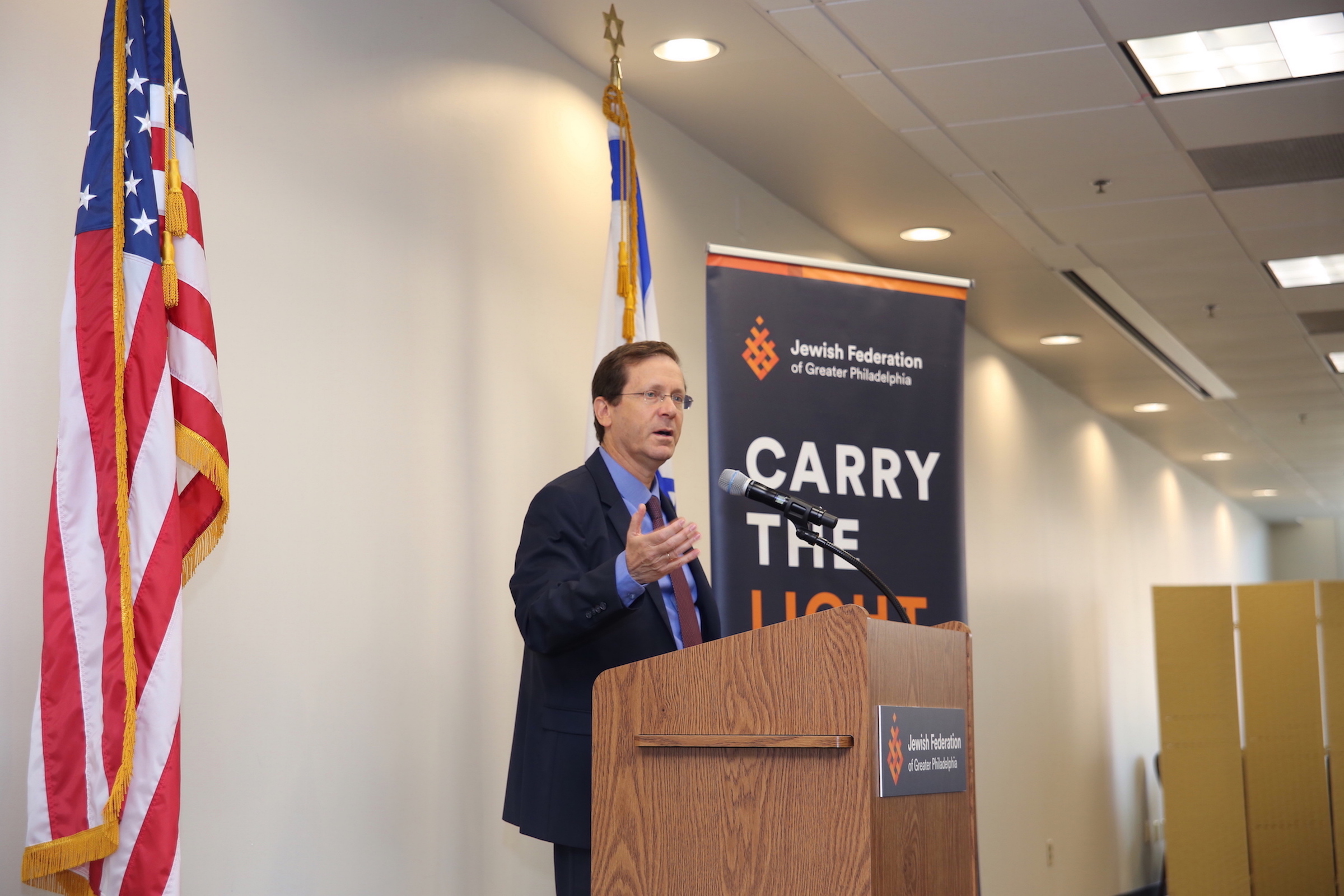 Isaac Herzog, shown speaking Aug. 8, 2018 at the Jewish Federation of Greater Philadelphia, called for unity and pluralism in his first U.S. visit as chair of the Jewish Agency for Israel. (Courtesy JAFI)

(JTA) — Laying out his vision for the future of the Jewish Agency in an address to American Jewish leaders last week, Isaac Herzog described a Jewish people fracturing along geographic lines and said that one of his top priorities would be examining new ways for more Jews to connect to Jewish life and Israel.

Speaking in New York during his first U.S. visit since taking over at the Jewish Agency, Herzog said that while both Diaspora and Israeli Jews desired to maintain strong bonds, he was also “very aware of the growing feeling that Diaspora Jews are drifting away from Israel.”

“I will do everything in my power to act against this trend that’s increasingly dividing us. We are one nation, small amongst nations, that’s facing huge challenges. Only when we are together can we overcome them,” he said. “I intentionally went out to the field in my first week in office to learn about the unique needs of American communities and to explain my vision for The Jewish Agency to Jewish leaders and activists. In the coming weeks and months, I’ll continue these meetings in North America and the rest of the world.”

Herzog until recently served as opposition leader in the Knesset, succeeded Natan Sharansky as head of the quasi-governmental organization earlier this month. He recently made waves when he described intermarriage as a “plague” and said that there must be “a solution” to the issue.

He later walked back his comments in an interview with the Forward, explaining that he was using the term as slang and that he “didn’t mean it in any negative terms.”

According to a landmark 2013 poll of American Jews by the Pew Research Center, overall “emotional attachment to Israel has not waned discernibly among American Jews in the past decade” although it was “markedly stronger” among older Jews. Pew also found that nearly 60 percent of Jewish marriages since the year 2000 were mixed. A 2007 study found that around half of Jews under 35 would not see Israel’s destruction as a personal tragedy.