Amid Trump N-word furor, Breitbart editor calls for ‘national conversation’ on the term 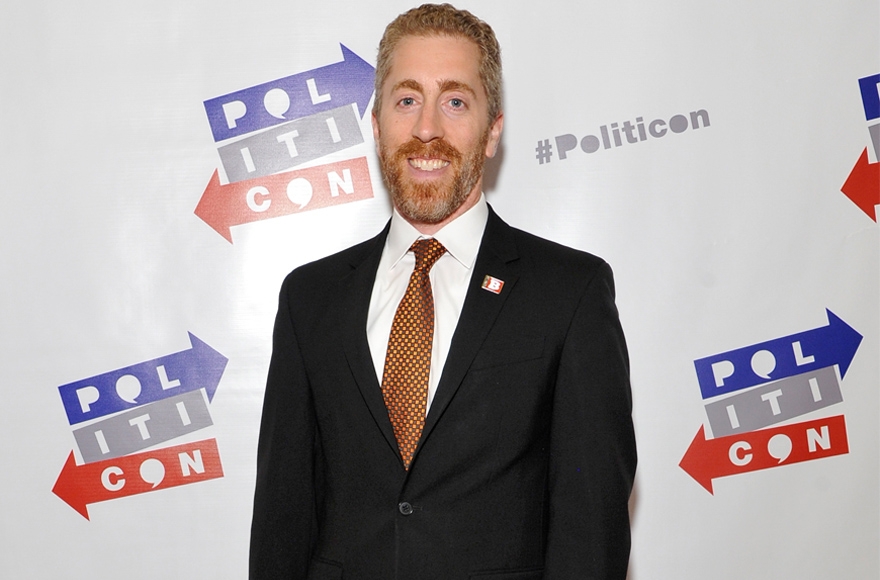 (JTA) — On a day when the home page of Breitbart News included no fewer than four stories on speculation over whether President Donald Trump used the N-word, one of its contributors wanted to talk about — hip-hop.

In a tweet Wednesday, Joel Pollak, Breitbart’s editor-at-large, tweeted about his visit to a local boxing gym “owned by a terrific black guy.”

Just hit the local boxing gym, which is owned by a terrific black guy. Hip-hop music, n-word literally every 2 seconds. I don’t like it but this is just what the cool people listen to I guess. Maybe we’re overdue for a real national conversation about the word and its public use.

Having heard the word used repeatedly in the rap music played over the gym’s sound system, Pollak suggested that the country is “overdue for a real national conversation about the word and its public use.”

Twitter quickly pointed out that such a “national conversation” has been going on for years. (I just googled “should black people use the n-word,” and literally got 691 million results. That includes articles in mainstream, liberal and conservative media for every year since 2000. In 2003, Randall Kennedy wrote an entire book on what he called “the nuclear bomb of racial epithets,” sparking, well, a national conversation. In 2015, after President Obama used the word to make a point about racism, media coverage focused mainly on his use of the taboo word.)

Many commenting on Pollak’s tweet noted that a consensus on the question has become pretty clear.

The grounds for this debate, for anyone who needs reminding, is the prevalence of the N-word in black culture, from rap lyrics to the way black men and women have co-opted the toxic word as a term mostly of endearment. African-Americans don’t necessarily agree that its use in black slang is benign. Many black leaders say its frequent use is a form of self-hatred, or that it gives license for whites to use the word.

A few years ago, on a segment on the question on the ESPN show “Outside the Lines,”  Kareem Abdul-Jabbar was adamant that the word should be retired from everyday use.

“I think your generation should understand that that word was used to beat people down,” the author and basketball legend told young viewers.

“I’m a black man. I use the N-word,” replied Charles Barkley, another basketball Hall of Famer and now an outspoken analyst on the sport and other matters.

But both sides agree: Whites shouldn’t use the word, not in jest and certainly not in anger. A double standard? Ta-Nehisi Coates of the Atlantic magazine explained why that’s OK.

“It is normal in our culture for some people or groups to use certain words that others can’t,” he said at an event in 2017.  Coates gave the example of a man calling his wife “honey,” women calling each other “bitch,” children referring to their parents as “mom” and “dad” but not by their first names.

“The question one must ask is why so many white people have difficulty extending things that are basic laws of how human beings interact to black people,” he said.

The wild anticipation over whether Trump used the word is fed in part by the notion that if he did, he would pay a political price. Having escaped censure for singling out Muslims, the disabled, prisoners of war, women and blacks, the thinking goes, Trump would at last face real consequences if he were heard on tape using the N-word.

“My read is that an n-word tape would hurt Trump, mostly because American political elites and media outlets exclusively understand racism in the most intellectually stunted ways possible and this would finally force them to acknowledge the clear reality of Trump’s racism,” Nation contributor Sean McElwee wrote.

“Y’all do realize that if there is a tape of Trump using the N-word his approval rating among his base is just going to UP, right?!” New York Times columnist Charles M. Blow tweeted.

Y’all do realize that if there is a tape of Trump using the N-word his approval rating among his base is just going to UP, right?!

Writing for the conservative Weekly Standard, Jonathan V. Last worried that America would certainly pay a price if it became clear that Trump used the word.

“As things stand right now there are still a handful of norms left in public life. Not saying the N-word is one of them. It would be nice if we could hold on to that norm,” Last wrote. “If we have a tape of the president of the United States saying it and he suffers no proximate consequences, that norm will be shattered.”

Pollak’s tweet leaves open the question about his own motivations. A cynic would say he was trying to prepare the ground for a defense of Trump should it emerge that he indeed used the word. A more generous reading would be that he agrees the word should be taboo, and feels black artists and gym owners should take the lead in removing it from everyday use.

Of course, both interpretations could be true.

“Mark my words, when that tape of Trump sayin the N-word drops, expect him to mount the ‘Well, Black people say it’ Defense,” comedian Cyrus McQueen tweeted. “And every troll under the bridge will flood Twitter with ‘It’s a double standard!’”