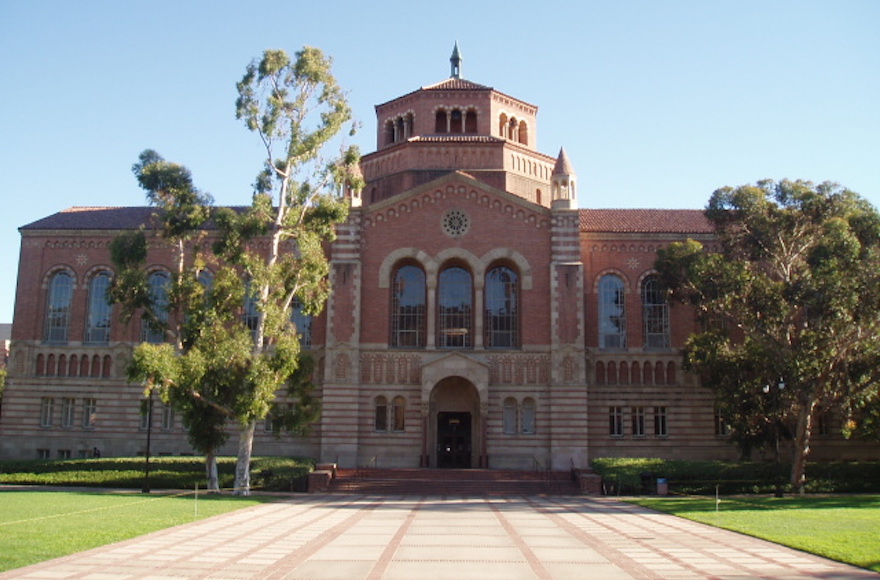 A view of the Powell Library at UCLA. (Wikimedia Commons)
Advertisement

(JTA) — A female student at the University of California, Los Angeles, has sued a historically Jewish fraternity there and one of its former members, accusing him of sexual assault.

The accuser, who is remaining anonymous in the lawsuit, alleges that Blake Lobato, a Zeta Beta Tau brother, forcibly penetrated her while she was drunk after a party in August 2016, according to the Daily Bruin, UCLA’s student newspaper. She said Lobato had pressured her to drink to excess, then convinced her to go to sleep at the fraternity.

In the suit, the woman said that she physically resisted Lobato and screamed at him to stop.

She said she reported the incident to the then-president of ZBT, but the fraternity did not investigate the issue. Subsequently, Irving Chase, a lawyer who sits on the ZBT board, allegedly attempted to dissuade the woman from reporting the incident to the school.

She filed a complaint with the university in January 2017, and Lobato was expelled from ZBT soon afterward. A subsequent Title IX investigation looked into both the the woman’s allegations and those of another student who said Lobato assaulted her in 2015.

The investigation found that Lobato had violated the student conduct code and he was expelled from UCLA last November.