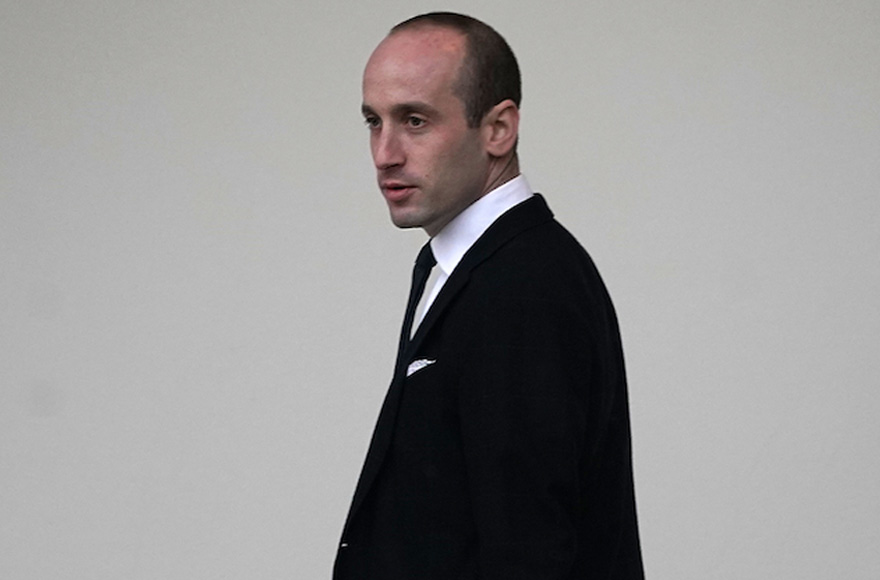 (JTA) — The childhood rabbi of Stephen Miller, a senior adviser to President Donald Trump, said Miller learned nothing from his Jewish education and called him a purveyor of “negativity, violence, malice and brutality.”

“Honestly, Mr. Miller, you’ve set back the Jewish contribution to making the world spiritually whole through your arbitrary division of these desperate people,” Comess-Daniels said. “The actions that you now encourage President Trump to take make it obvious to me that you didn’t get my, or our, Jewish message.”

The rabbi continued: “This is the season of apology, and to get to an apology, shame over past actions is necessary. Some shout at others when they are self-righteous enough: You should be ashamed of yourself! That’s not something I would ever shout or demand.”

The service was broadcast live on Facebook from the auditorium of Santa Monica High School, which Miller attended from 1999 to 2003.

Miller never had a bar mitzvah but attended Hebrew school, “where he was known as a provocateur unafraid to alienate his classmates,” according to the Guardian.

Comess-Daniels said during his sermon that some of his fellow rabbis had questioned whether he had educated Miller appropriately.

“I can assure you, as I can assure them, that what I taught is a Judaism that cherishes wisdom, values … wide horizons and an even wider embrace,” the rabbi said.

Comess-Daniels also said that separating families “is completely antithetical to everything I know about Judaism, Jewish law and Jewish values.”