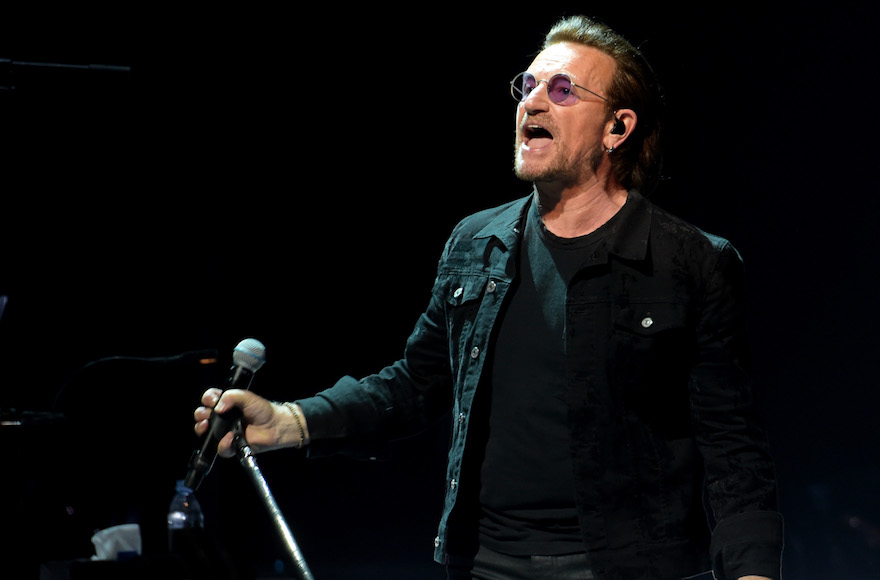 Bono at a U2 concert in Inglewood, Calif., May 16, 2018. (Kevin Winter/Getty Images)
Advertisement

(JTA) — Bono was seen giving a Nazi salute in concert — but not as a tribute to Hitler.

The U2 frontman made the salute at a show in Paris on Sunday to mock a far-right Swedish political party.

The Local Sweden reported he made the gesture twice, each time yelling “Akesson!” Jimmie Akesson is the head of the Sweden Democrats, a formerly white nationalist party with roots in neo-Nazism that is now focused on reducing immigration.

The Sweden Democrats gained ground in Swedish elections on Sunday, increasing their share of the public’s vote from 12.9 percent last year to 17.6 percent, its highest tally ever. That result mirrors the rise of far-right parties in other Western European countries, such as Austria, Germany and France, over the past few years.

Bono, in character as Mister Macphisto, a devilish alter ego he originally developed for the band’s 1992-93 Zoo TV tour, said “I’m just back from Sweden, I didn’t know how much I liked the Swedish. Tall, blonde, blue-eyed … boring.”

“But now it seems the Swedes are beginning to discover their Aryan potential,” he continued.