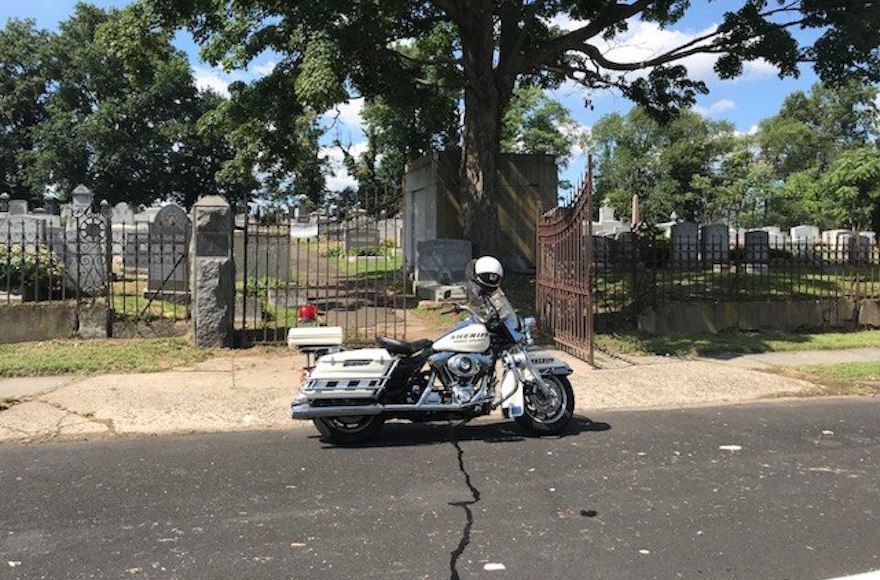 WHIPPANY, N.J. (New Jersey Jewish News via JTA) — A homemade explosive device found affixed to a headstone in a Jewish cemetery in New Jersey “could have gone off,” according to local police.

On Tuesday afternoon, however, Kevin Lynch, the Essex County Sheriff’s Department public information officer, told the New Jersey Jewish News that there “was more than what we saw with the naked eye.”

“It is possible that it could have gone off,” he said.

Robert Wilson, chief security officer at the federation, described the device as a can of WD-40 lubricant with what looked like fireworks — possibly a Roman candle — attached.

Lieutenant Russell Mead of the Essex County Sheriff’s Department noticed the object on a headstone between 10:45 and 11 a.m. The security team cleared the few visitors in the vicinity — at the time there were only two or three — and called in its bomb squad to examine, remove and ultimately dispose of it.

So far there are no suspects and a motive is unclear. There’s also no indication that this was a bias incident intended to target or intimidate members of the Jewish community. Still, Lynch said it “very possibly” could have been.

Police checked the rest of the cemetery for other explosive devices and did not find any.

“There is no indication at this time that the device was targeted as a bias/hate crime incident, but we will be following up with our law enforcement partners at Homeland Security to advise them of the incident,” federation CEO Dov Ben-Shimon said in a post on Facebook.