Clara Kramer, who survived Holocaust hidden in an underground bunker, dies at 91 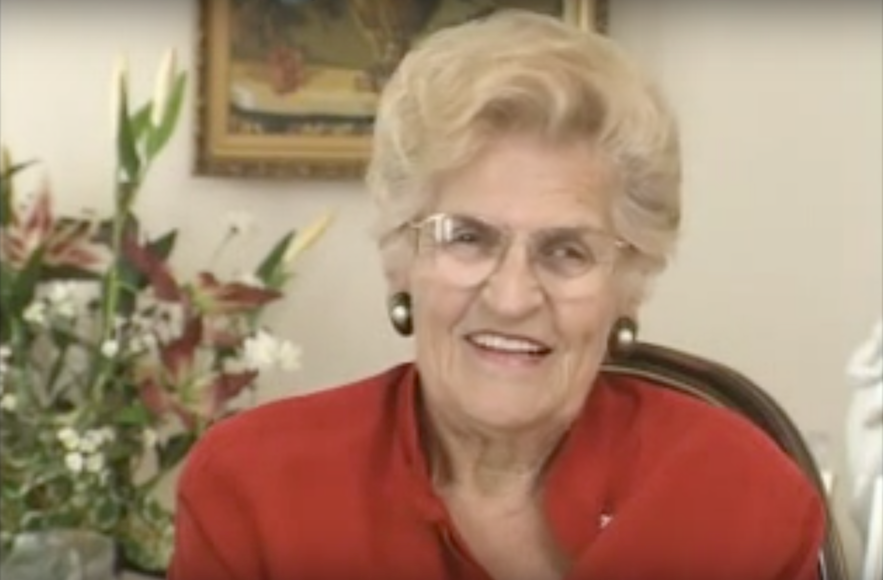 (New Jersey Jewish News via JTA) — Clara Schwarz Kramer, whose 2009 memoir “Clara’s War” recounted the 20 months she spent hiding in a bunker beneath a house in the Polish town of Zolkiew during the Holocaust, has died.

Clara Schwarz was born in Zolkiew, Poland, in 1927. When the Germans invaded her town in 1942, 18 people, including Clara and her family, went into hiding in a crawl space they dug under one of their homes. They were hidden underground for almost two years by Valentin Beck and his family. While in hiding, Clara kept a diary, which is now held at the U.S. Holocaust Memorial Museum in Washington, D.C. On March 25, 1943, 3,500 Jews from Zolkiew were marched to a clearing and shot.

After the war, she met her husband Sol in the displaced persons camps in Austria and they were married in 1949. They made aliyah to Israel, where their children Philip and Eli were born. They came to America in 1957 and settled in Elizabeth in 1965. Drawn to Elizabeth by its community of Holocaust survivors, Sol established a prominent real estate business and they became active members of that community.

With a small group of survivors, she co-founded the Holocaust Resource Center at Kean University, which has provided training on Holocaust education to thousands of teachers.

In her 80s, Kramer, together with co-author Stephen Glantz, wrote “Clara’s War,” a memoir of her wartime experience hiding from the Nazis. The book was published in over a dozen languages. She was also a helpful source for Philippe Sands, a lawyer and author whose 2016 book “East West Street” discussed the fate of Zolkiew’s Jews.

Predeceased by a sister, Manya, who was killed by the Nazis, and her husband of 62 years, she is survived by two sons, Philip and Eli; a brother, Alex Orli; a sister, Naomi Kornberg; five grandchildren; and four great-grandchildren.