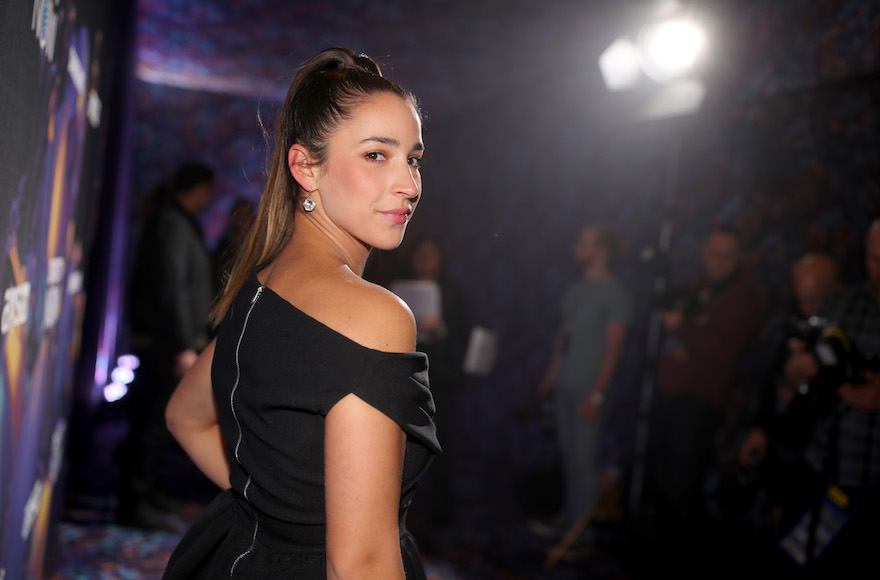 (JTA) — Iran’s supreme leader, Ali Khamenei, has a solution for all the #MeToo angst — the hijab.

The video he attaches to the tweet below runs through a number of prominent American women describing their experience of assault.

Aly Raisman, the Olympic gold medal-winning gymnast, is shown at the start of the 2-minute video. The clip then segues into her testimony at the sentencing of the Olympic team doctor, Larry Nassar, who molested dozens of women and girls. After that, Khamenei is shown speaking about how wearing a hijab can protect women from “deviation” (translation: getting assaulted) and how Islam does not allow sexual abuse or violence against women.

Her starring role might come as a surprise to Raisman, a proud Jew who first rose to prominence competing to the sounds of “Hava Nagila.” She also favored a moment of silence for the Israelis murdered by Palestinian terrorists at the 1972 Olympics and lit the torch — in Jerusalem — for the 2013 Maccabiah Games.

She has also become a leading voice in the #MeToo movement following her testimony at Nassar’s trial went viral. Earlier this year, Raisman made her case for women’s ownership of their bodies by posing in the nude.

“I hope that we can one day get to a point where everyone realizes that women do not have to be modest to be respected,” she told Sports Illustrated. “We are free to draw confidence and happiness in our own way, and it is never for someone else to choose for us or to even judge us for that matter.”

So Khamenei might want to rethink including Raisman in this video.