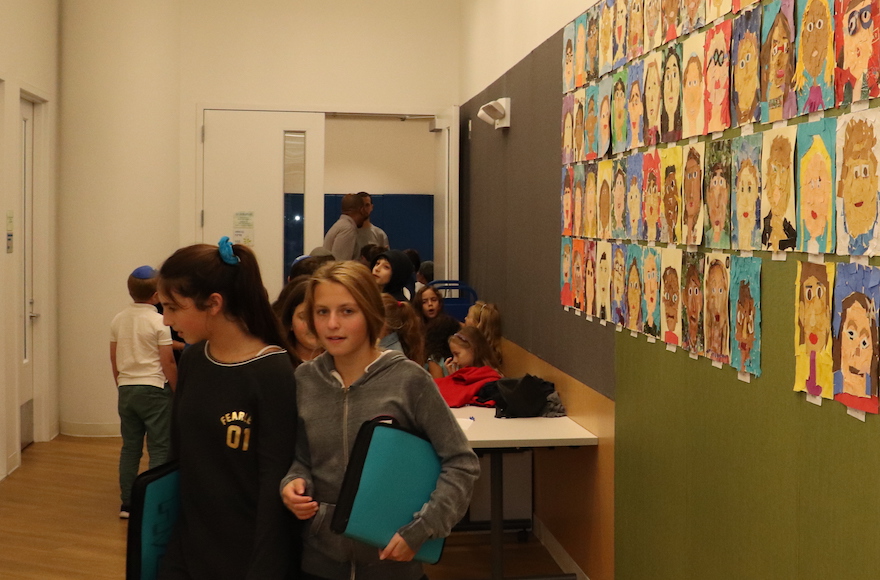 The large lecture-style classes seemed daunting. She’d be getting less personal attention from teachers. At the same time, she was looking forward to trying out for volleyball and participating in a program at the Fashion Institute of Technology.

But for Shamah, the shift from middle school to high school came along with an added transition: She had graduated from the Shefa School, a Jewish day school in Manhattan specifically for kids with learning disabilities, and would be entering a mainstream Jewish school, the Yeshivah of Flatbush in Brooklyn.

Shamah had entered Shefa at the beginning of seventh grade; she was two years behind grade level in reading and writing. Shefa, which serves Jewish kids with language-based learning disabilities, afforded her an environment that provided personal attention tailored to the areas in which she needed the most help. In one instance, a teacher bought her “Fish in a Tree,” a young adult novel, just because it seemed like it would appeal to her.

By time she graduated last academic year, Shamah was reading and writing at grade level.

“In Shefa, they really individualize every kid,” the 14-year-old Brooklynite said. “They do what they think is best for you. … In high school it’s a lecture. The teacher is standing in the front of class, you’re taking notes, if you have questions, you ask them, but the teacher doesn’t really know what kind of learner you are.”

Still, a few weeks into high school, Shamah sounded like she was getting along.

“I was very anxious,” she said, “but at the same time I was very excited for a new school, to see what it could do for me and how it could help me in ways Shefa couldn’t provide.”

Shamah was one of the 11 students who made up Shefa’s first eighth-grade graduating class in the spring. Now those students are mostly integrating into mainstream Jewish day schools.

In a way, it’s a test of Shefa, which was founded in 2014 to educate Jewish children who struggle with things like reading comprehension, writing or decoding a math problem. The school’s environment gave them the space and attention to catch up, allowing them to move on to standard Jewish high schools.

But would those schools want them? Would they make it?

So far, Shefa administrators say, the answer to both questions appears to be yes. The kids have been accepted into well-regarded Jewish schools and seem to be doing fine since the term started in early September.

“Last year was a big moment of truth in some ways,” said Ilana Ruskay-Kidd, Shefa’s head of school. “Last year at this time we didn’t know how schools were going to react. It was meaningful to us to see that they in fact saw these kids as extremely attractive applicants, and our record of getting kids into schools was exceedingly high.”

Shefa began with 24 students and now has 143, from varied Jewish backgrounds, in first through eighth grade. It looks like any grammar school: walls with bulletin boards and brightly colored decorations, rows of lockers, kids swarming the hallways between classes.

The difference is the focus on personal attention for the children. Teachers aid them with decoding English words, or writing a coherent paragraph, by setting aside extra time during the school day, or they make use of auditory or visual tools when the student has trouble learning from books. The school has a high teacher-student ratio — a class with 14 students, for example, has two teachers.

That focus, for example, also means that learning to read Hebrew starts in fourth or fifth grade rather than a few years earlier, like in other Jewish schools. So to prepare students for Jewish high schools, where many students enter with proficiency in Hebrew and Jewish texts, Shefa focused on making sure its graduates had the tools to be able to study Bible or analyze a passage of rabbinic text. 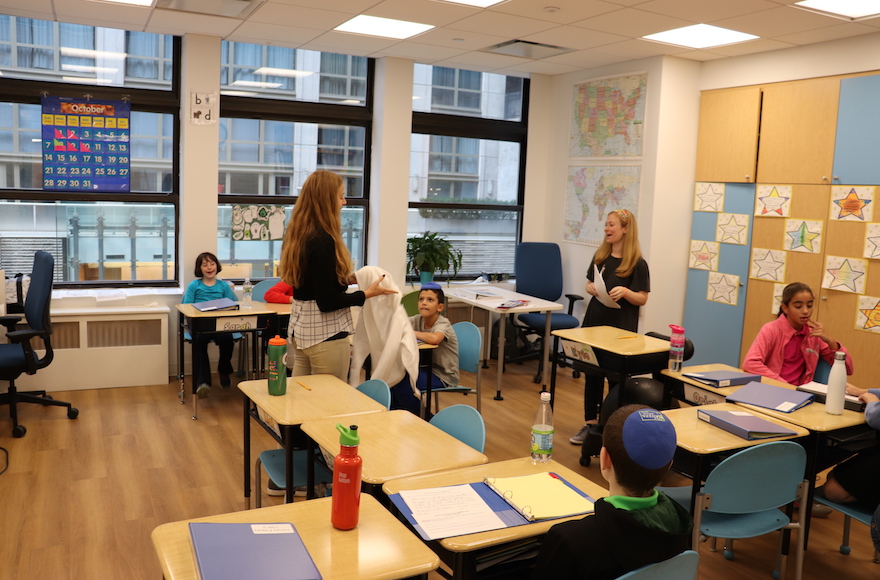 “We’re certainly not going to say we’re not going to teach you about the American Revolution or about [Deuteronomy] because you can’t open up the text and just fluently read it,” Ruskay-Kidd said. “We’re going to try to figure out ways so that they can learn that high-level material in science, in social studies, in Judaic studies, to play to their intellectual level, their thinking level.”

The transition process to high school began in seventh grade. Each student and their family met with school faculty to look at their options and what would be the best fit. Students were then coached through the high-school application process, which can be arduous in New York: how to write an essay, how to give an interview, how to succeed on placement tests. Some high schools sent observers to Shefa.

In class, teachers made sure the students could tackle the same material as other graduating eighth-graders. Marc Goldsmith, an eighth-grade language arts teacher, had his kids read challenging books — Shakespeare, for example — and write research papers on the Warsaw Ghetto.

“They were eager,” Goldsmith said. “They wanted to tackle it. They had the skills from reading lower-level books — characterization and character development, we sussed out themes. The difference is that in the more adult books, there’s a tremendous amount of ambiguity between who’s a good guy and who’s a bad guy.”

This fall, 10 of the 11 graduating students entered Jewish schools, ranging from Orthodox schools like Flatbush or the Ramaz School, to The Abraham Joshua Heschel School, which is pluralist, or the Solomon Schechter School of Westchester affiliated with the Conservative movement.

“Once a student is here, we don’t really look much at where they came from,” said Rabbi Joseph Beyda, principal of Flatbush’s Joel Braverman High School. “We want everyone to get off on the same foot. It’s kind of a fresh start.”

Shefa is staying in touch with its graduates. They sent each of the new high schoolers a binder with sheets that help them take notes, summarize readings or outline a five-paragraph essay.

“They’re people who love children and care about children and believe that children with learning disabilities are smart,” said Claire Shamah, Linda’s mother. “She feels love there.

“They’re not just shipping her off into oblivion. They sent her resources she could use this year.”

And Linda is making sure to remain in contact with her alma mater. During Sukkot a couple of weeks ago, she paid a visit to Shefa.

The teen said she misses the school and teachers — but feels ready to move forward.

“I wasn’t confident before,” Shamah said. “Now I really understand what I’m reading.”