Karlie Kloss and Joshua Kushner get married in Jewish ceremony 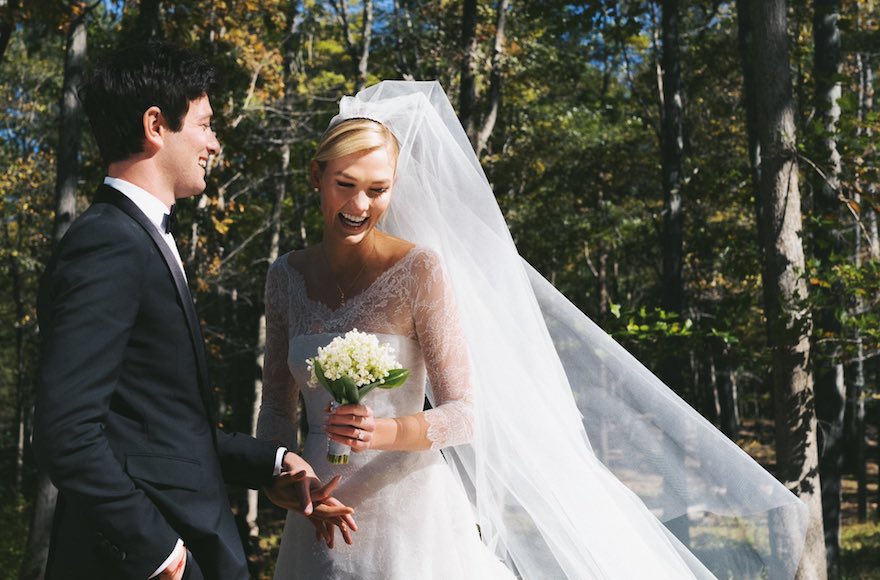 Josh Kushner and supermodel Karlie Kloss, who converted to Judaism for him, tie the knot. (Karlie Kloss/Twitter)
Advertisement

Joshua Kushner, 33, whose older sibling is married to Trump’s daughter, Ivanka, proposed to Kloss earlier this year. They were married Thursday in a small, Jewish ceremony in upstate New York, with fewer than 80 people in attendance, People Magazine reported. They will also host a larger celebration for friends and loved ones in the spring.

Joshua Kushner is the founder and managing partner of the investment firm Thrive Capital.

Kloss, 25, converted to Judaism in June, according to People. The couple had been dating for six years.

I woke up and I saw this ? #karliekloss #klossy

Kloss openly supported Hillary Clinton in the 2016 presidential election, and also attended the Women’s March after Trump’s inauguration — with her fiance.

“Josh and I share a lot of the same liberal values that guide our lives and the things we stand for,” Kloss told Vogue last month.

Karlie Kloss converts to Judaism, gets engaged to Joshua Kushner

A timeline of Karlie Kloss and Joshua Kushner’s relationship