A German Jewish community’s longtime leader may not be Jewish 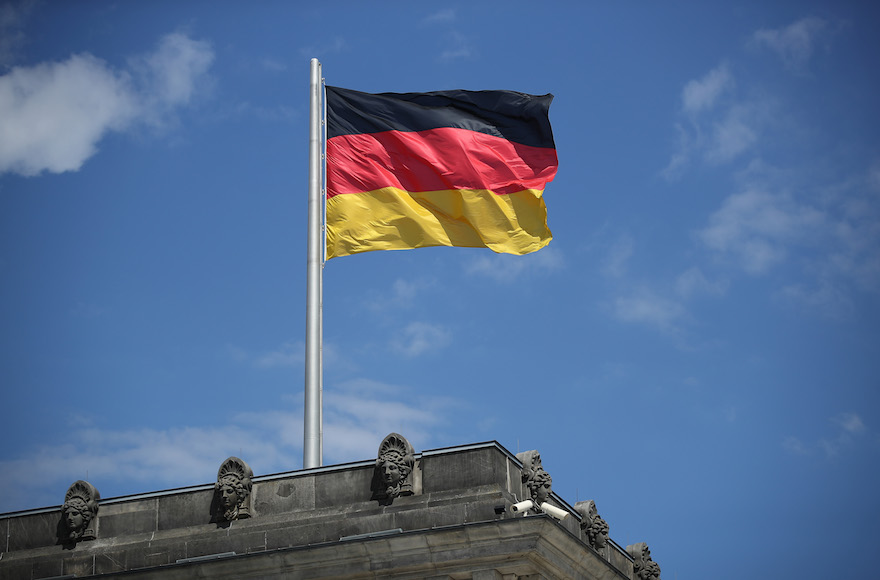 (JTA) — The man heading a small Jewish community near Hamburg, Germany, has been accused of posing as a Jew for at least two decades.

An investigation by Der Spiegel magazine into the biography of Wolfgang Seibert, head of the 250-member Jewish community of Pinneberg since 2003, revealed that he may be an imposter.

Seibert is denying the Spiegel report, which was published Friday, telling the German media he would respond after speaking with his lawyer. He also refuted the magazine’s claim that he said he would withdraw from his position.

The position is unpaid but gives its leader access to community funds.

Seibert, 71, has described himself as having been born in a displaced persons camp for Jewish survivors in Germany and said his grandmother survived Auschwitz. He calls himself a liberal Jew and has been active as a promoter of interfaith dialogue.

But Spiegel reporters Martin Doerry and Moritz Gerlach found documents indicating that Seibert was born on Aug. 16, 1947, to Protestant parents in Frankfurt, and was baptized a few days later. His grandparents also were Protestant, the report says, adding that it is unlikely that Seibert had any Jewish ancestors. His paternal grandfather was a German sergeant in World War II and his father was a private.

According to the magazine, Seibert was convicted several times for fraud and embezzlement, and served time in jail well before he began his Jewish leadership role.

Rabbi Walter Rothschild, who had served as head rabbi for the Reform Jewish communities in the German state of Schleswig-Holstein from 2003 to 2015, raised the question of Seibert’s identity with the Jewish court, or beth din, after the rabbi was fired from his post. Rothschild served the small Reform congregations in the state and thus became acquainted with Seibert, and reportedly recalled the difficulty that Seibert had in documenting his Jewish roots.

(As he could not adequately document those roots, Seibert had started a conversion process in 2002 at about the time he was co-founding the Pinneberg Jewish community, according to Spiegel. But the conversion process was dropped the following year after Seibert presented papers showing he had been a member of the Jewish community of Frankfurt am Main from 1972 to 1982 and that his mother’s maiden name was Cohen.)

The rabbinical court decided that there was enough proof that Seibert was Jewish and let the matter go.

But the Spiegel reporters found otherwise after consulting numerous archives, including the Institute for City History in Frankfurt, the Memorial Center of Yad Vashem in Jerusalem and the International Tracing Service in Bad Arolsen in Germany. They also interviewed people who had known Seibert, including former members of the Pinneberg community as well as Seibert himself.

Though Seibert told them he had incontrovertible evidence of his Jewishness, and this time said his mother’s maiden name was Sznajder, he did not produce any documents. He also said he had been leading prayer services himself while waiting for the community’s newly hired rabbi to begin his duties next year.

The journalists suggested in their report that it is not politically correct in Germany to challenge Jewish identity, thus it may have been relatively simple to hide under the protective cover of a presumed Jewish past.

In a second interview with Seibert, the journalists confronted him with their documentary evidence. At this point, Seibert reportedly told them that the most important thing was that he had “felt” Jewish from an early age, and that he had told stories to “match the Jewish identity I felt I had.”

He also told them he would resign from his position in Pinneberg — a claim Seibert now denies.