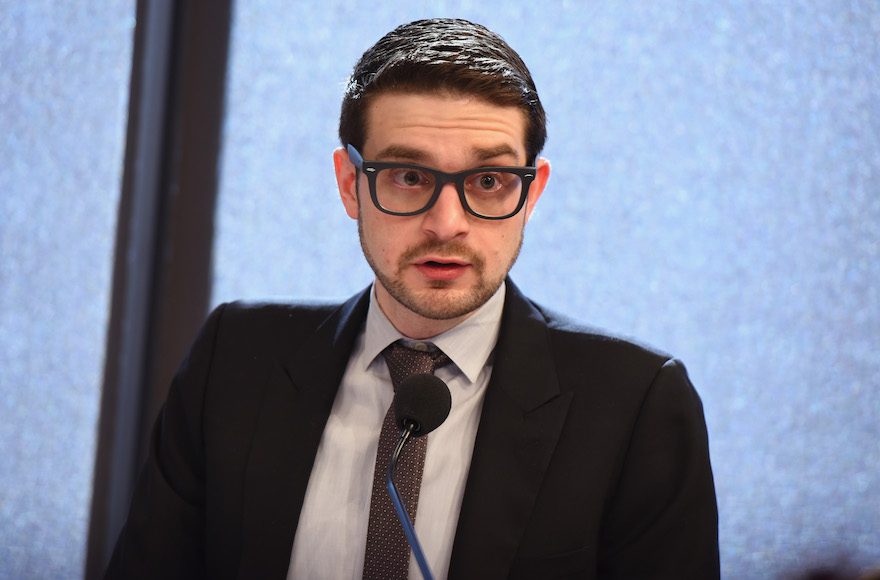 “While the responsibility lies with the individual or individuals who sent these lethal devices to my family home and Mr. Obama’s and Ms. Clinton’s offices, I cannot see it divorced from the new normal of political demonization that plagues us today,” Alexander Soros wrote in The New York Times.

The younger Soros also accused Trump of indulging in an anti-Semitic trope that often places his father, a Jewish billionaire who supports liberal causes, at the center of a world-wide conspiracy.

Explosive devices were sent this week to Soros, former President Barack Obama, 2016 Democratic presidential nominee Hillary Clinton, Obama-era attorney general Eric Holder and the New York office of CNN. Each had the falsified return address of the Florida office of Rep. Debbie Wasserman Schutz, the former chairwoman of the Democratic National Committee, who is Jewish.

The Holder package was misaddressed and returned to Wasserman Schultz’s office, which police evacuated. None of the devices has exploded or caused injury.

Trump administration officials, including the president, have condemned the attempted attacks.

The younger Soros in the op-ed said his father’s liberal and political philanthropy was inspired by his experiences as a Holocaust survivor. Until Trump’s 2016 campaign, he said, his father suffered anti-Semitic attacks, but only from the fringes.

“Mr. Trump’s final TV ad [of his 2016 campaign] famously featured my father; Janet Yellen, chairwoman of the Federal Reserve; and Lloyd Blankfein, chairman of Goldman Sachs — all of them Jewish — amid dog-whistle language about ‘special interests’ and ‘global special interests’,” he wrote. “A genie was let out of the bottle, which may take generations to put back in, and it wasn’t confined to the United States.”

At the time of the ad, a number of Jewish groups condemned what they said were its anti-Semitic insinuations.

George Soros has featured large in Republican and right-wing rhetoric surrounding the 2018 midterm elections, including in conspiracy theories linking the philanthropist to a caravan of migrants from Central America and protests against the nomination of Brett Kavanaugh to the Supreme Court. Trump has amplified some of the theories, for which he and others have provided no evidence.