This Jewish teen is helping underprivileged kids apply to college 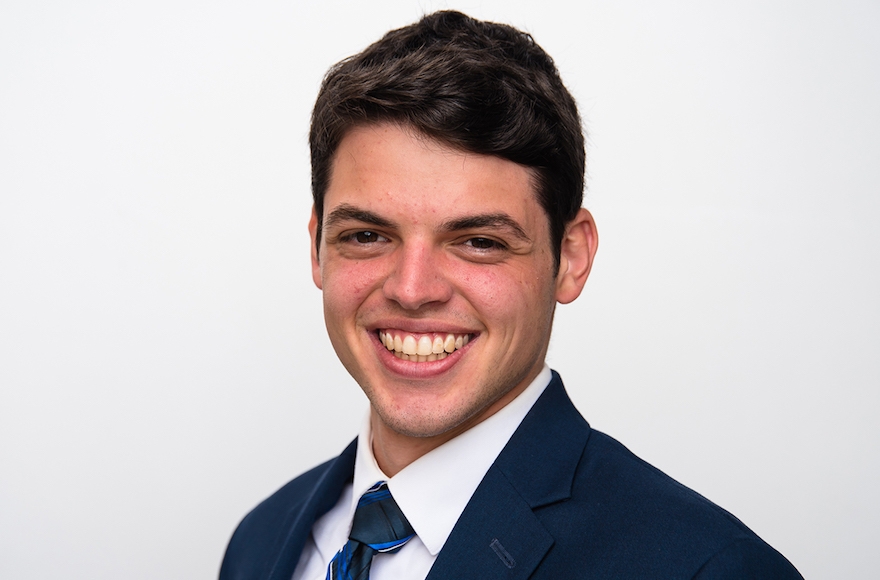 When Daniel Zahn was applying to college, he felt very stressed. The essays, the questions, the decisions he had to make – it all seemed overwhelming.

But Zahn had two older siblings who had gone through the process, as well as the support of seasoned parents and teachers. After applying to more than 10 schools and for a handful of scholarships, Zahn landed a spot at one of his top choices: Penn State, where the 19-year-old is now a junior.

It was only once he got to college that Zahn realized how lucky he was by comparison. Many of his classmates did not have experienced family members to guide them through the applications and financial aid forms. In some cases, students didn’t even have the money necessary to apply.

It was during a conversation during his freshman year with a friend who was the first in his family to attend college that Zahn decided to do something to help.

“I was eating lunch with my friend and future co-founder, Cory Steinle,” Zahn recalled. “He brought up the idea of starting some sort of organization to help underprivileged kids go through the application process. And I just loved his idea. The ability to harness what current college students already know about the application process and use that knowledge to help others seemed amazing.”

The two started working together, and with the help of friends launched a program that uses a network of college volunteers to serve as mentors for underprivileged high school students. The mentors give the students feedback on their college essays, help them navigate the application process, and share information with them about scholarship opportunities and best ways to obtain financial aid.

“For me, it was assumed my whole life that I would go to college,” Zahn said. “But for first-generation college students, the application process is very different. We want to make sure that less fortunate people can benefit from what we’ve learned.”

In just over a year, F.O.R.M. Consulting has assisted more than 100 students from six Pennsylvania high schools apply to college, helping place many in top-ranked schools. F.O.R.M. says it also has helped students obtain more than $250,000 in scholarship funds.

“We want to help make sure they don’t go into heavy debt,” Zahn said.

A growing number of high schools has discovered the program, and Zahn wants to expand F.O.R.M. to other universities across the country. Zahn recently was named one of the 2018 winners of the Diller Tikkun Olam Award for Teens.

Zahn credits his team of volunteers for F.O.R.M.’s success.

“The people who volunteer with us are so dedicated, and so many people are giving their time,” he said. “I really feel they deserve all the credit.”

Olivia Pierce, a Penn State junior who currently serves as F.O.R.M.’s president, says her experience working as a mentor has been transformative.

“A story I love to tell is about a student I mentored last year,” she said. “There was one session that we spent around two hours going through his common app essay word by word and phrase by phrase, and I could see how dedicated he was to his own future. I think of him now as the model student for the work we do. Every student deserves an opportunity to be excited about his or her own future.”

Zahn says the driving force behind his project is the “culture of giving back” that he learned growing up in Allentown, Pennsylvania, and which he considers part of his Jewish identity.

“F.O.R.M. isn’t specifically Jewish, but the tzedakah aspect has come to form part of my Jewish identity on campus,” Zahn said.

Now in his second year leading the program, Zahn is working on improving it and partnering with more high schools. He also wants to expand F.O.R.M. and take it national.

“Nobody should have to go through the college applications process alone,” he said.