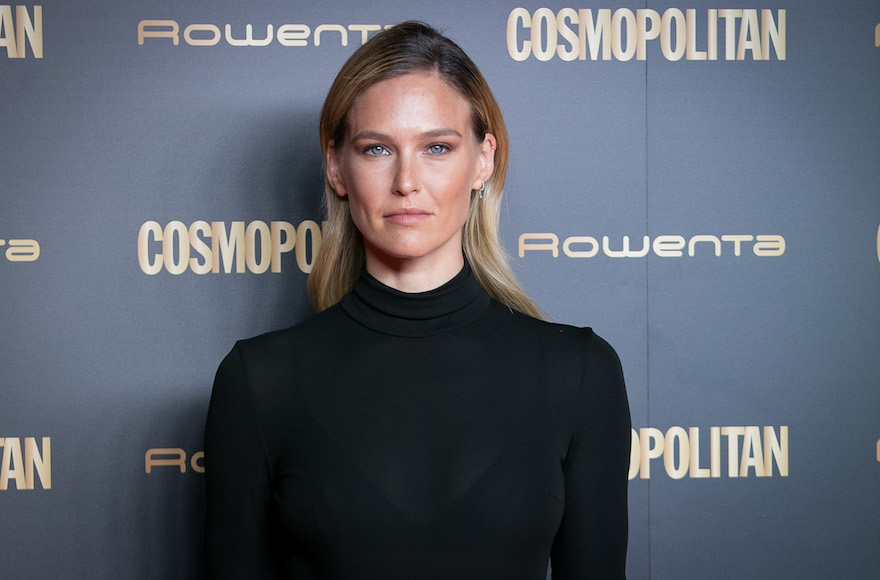 (JTA) — Israeli supermodel Bar Refaeli appears in an advertisement taking off a niqab, or Muslim face covering, over a song with the line “It’s all about freedom, finally breaking the chains.”

The ad, titled “Freedom is Basic” and first posted online Monday, was made for the Israeli clothing company Hoodies and promoted on the company’s official YouTube page.

By Tuesday, both Refaeli and the company had deleted the ad from their Instagram pages, BuzzFeed reported. At least two versions remained on YouTube as of Thursday. A longer version, without the Hebrew line, includes Ethiopian-Israeli model Tahounia Rubel, haredi Orthodox online personality Melech Zilbershlag, transgender actress Strav Strashko and an unidentified actress wearing a Muslim headscarf.

Rubel captioned an Instagram post with a print version of the ad “After this year — a legitimate question: ‘Is Iran here?’”

The ad opened up a fierce debate in the comment sections on Instagram and YouTube. Refaeli and Hoodies were criticized on social media and accused of promoting Islamophobia.

This has to be the most ignorant and racist ad I’ve ever seen and I can’t believe a whole company approved this.. I’m disgusted and at a loss of words. pic.twitter.com/oiY1XB27EH

Ad depicts @BarRefaeli taking off a niqab followed by lyrics "finally freedom". This is disgusting. Expecting companies like @Cosmopolitan & @giorgioarmani to drop her, unless y'all are cool with a brand ambassador spreading messages like this. pic.twitter.com/fkHpdojOAI

Refaeli, 33, is one of the most popular and influential Israelis in the world. Despite being criticized early in her career for avoiding Israeli military service, she is proudly Zionist and outwardly supports the Israel Defense Forces on her social media pages.