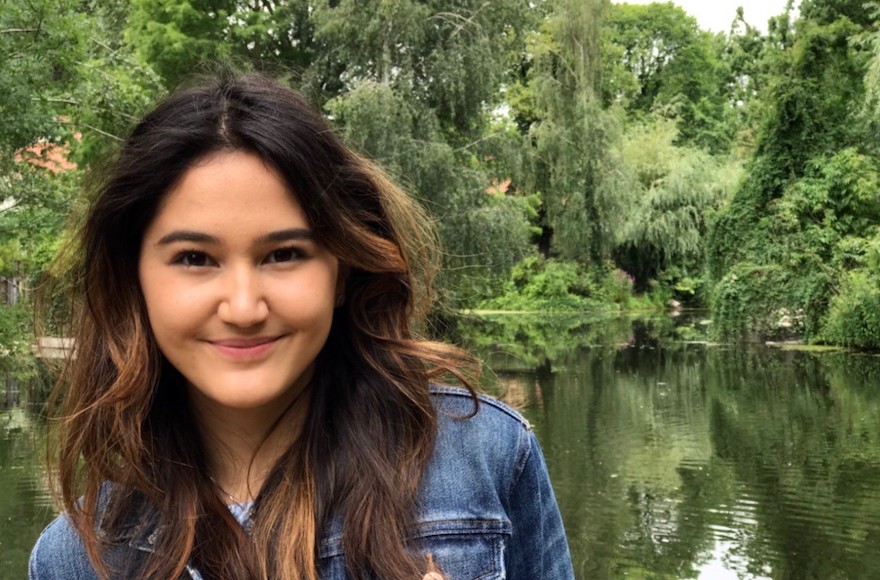 When Genevieve Liu was 13, an unimaginable tragedy dramatically changed her life.

She was on the Lake Michigan shore on vacation with her family in Michigan on Aug. 5, 2012, when her father, a celebrated pediatric surgeon, spotted two boys drowning in the lake. He rushed into the water and managed to save the boys, but the doctor was pulled under by the lake’s undertow and drowned.

In an instant Liu, her mother and her two younger siblings were left without the head of their close-knit family.

“It was like the ground was pulled from under us,” Liu said. “Losing my father suddenly was so surreal.”

In the aftermath, Liu struggled with feelings of loneliness and deep isolation.

“The isolation came from this feeling that I was the only one — I was really conscious of my identity as the girl who lost her dad,” she recalled. “It wasn’t until I found other people who had lost a parent that I felt like me again. I met this one girl who had lost her mom to cancer a few years before. As soon as I met her, I found this hope and also a sense of purpose.”

Liu realized she wasn’t the only teen struggling with the loss of a parent; about one out of every 10 Americans has experienced the loss of a parent by age 16. This realization in the darkness of her despair inspired Liu to do something about it for herself and others.

Still grieving a year after her father’s death, she threw herself into creating an online community for teens experiencing the loss of a parent. Liu called it SLAP’D – an acronym for Surviving Life After a Parent Dies.

The website offers a space for teens to find each other, memorialize their parents, share their experiences surrounding loss and find professional bereavement support near them. It has become a safe and confidential place for teens to come and seek comfort, connection and community.

“It doesn’t feel so much as a bereavement site, it’s more like a social media platform,” Liu said. “It’s something usable and enjoyable in a day-to-day way.”

In just a few years, more than 43,000 teens have used SLAP’D, and Liu recently was awarded a 2018 Diller Teen Tikkun Olam Award for her work. The prize is awarded annually to 15 American Jewish teens who demonstrate leadership and commitment to building a better world.

The site “really gave me the confidence to reach out for help, and also to help others around me who were in need of help,” he said.

Liu sees the Diller Teen award as not just about celebrating her accomplishments, but as a way to honor her father’s legacy as a Jew and as someone who was an example of tikkun olam both during his lifetime and at the moment of his death.

Liu’s father wasn’t born Jewish. He was a Chinese man raised as a Catholic who went through a lengthy conversion process to join the Jewish faith and his wife’s Jewish family.

“The fact that he converted made me know that it meant a lot to not only him but the greater fabric of my family and my parents’ relationship,” Liu said. “After my father died, I sought a lot of comfort in Judaism and Jewish community.

“Winning this award really means a lot to me in terms of the work I do with SLAP’D and also my relationship with my dad. I think it’s something he’d be really proud of because he really cared about being Jewish.”