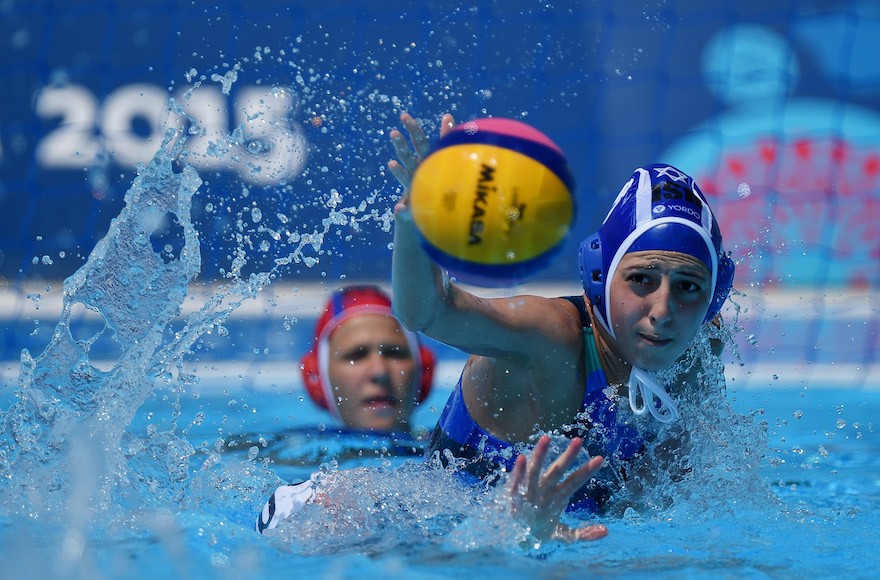 (JTA) — The Spanish organizers of a World Cup water polo tournament have suspended a game featuring Israel’s national team following protests by promoters of a boycott of the Jewish state.

Israel’s match against the national women’s team of Spain had been scheduled for Tuesday at the Nautical Club Molins de Rei in a suburb of Barcelona, but organizers canceled it the day before amid pressure by the Catalonia chapter of the Boycott, Divestment and Sanctions movement against Israel, El Pais reported. The newspaper reported that the refusal to host the Israelis came from the operators of the club, which is not run by the municipality of Molins de Rei.

The Royal Spanish Swimming Federation is trying to find an alternative venue for the game, the report said.

More than 50 Spanish municipalities have endorsed the principles of BDS, the highest number of any European country.

The Spanish judiciary in recent years has cracked down on the practice, which two high courts in Spain have defined as discrimination.

“While multiple legal challenges and judiciary rulings have served to challenge Spanish BDS, the campaign targeting relations with Israel, including cultural and sports activities, continues to thrive, in part, because of continued governmental support for radical groups,” said Gerald Steinberg, founder of NGO Monitor in Israel.

NGO Monitor, which researches funding for groups active on the Israeli-Palestinian conflict, presented research last year in Spain’s parliament that illustrated “how the government funds and endorses groups promoting BDS, including some groups linked to terror,” Steinberg said.