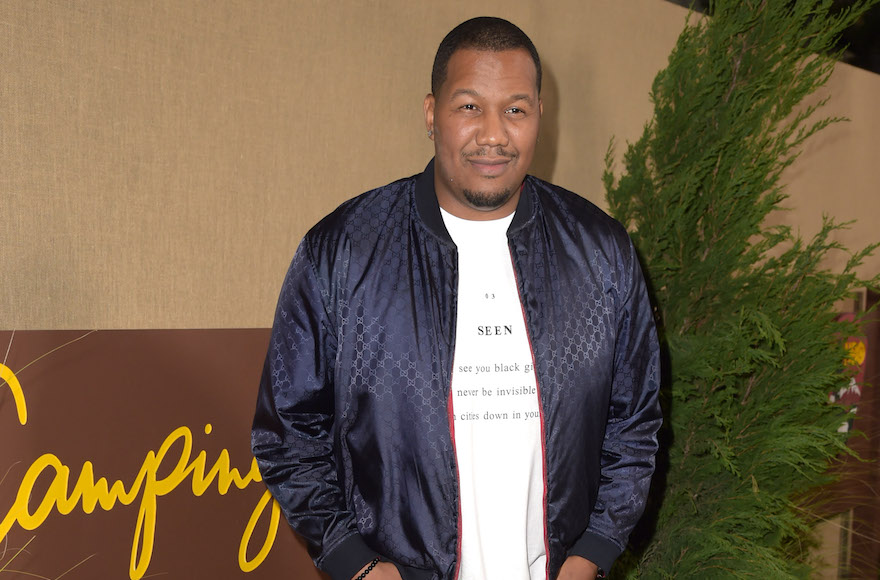 (JTA) — Comedian and writer Travon Free apologized for having made anti-Semitic jokes on Twitter.

Free, who has written for the TBS series “Full Frontal With Samantha Bee” and Comedy Central’s “The Daily Show,” apologized after tweets he had written in 2010 and 2011 started circulating Wednesday on social media.

“My poor attempts at humor quite understandably have offended and disappointed many people, including some very close to me, and for that I offer my sincerest apologies,” Free wrote in a statement posted Thursday on Twitter.

On Wednesday, the Orthodox Jewish Public Affairs Council posted screenshots of tweets by Free in which he made anti-Semitic jokes. In one 2010 tweet, he wrote “Got cut off in traffic by a jew. WWHD? (what would Hitler do?)” In a tweet from the following year, he wished Happy Birthday to the dead Nazi leader.

There is no way or form that these tweets by @Travon are cute or normal. pic.twitter.com/deDllHtFyO

Free produced four episodes of the new HBO series “Camping,” and in a statement to TheWrap, HBO said it would not work with him in the future.

“HBO is not in business with Travon Free, nor do we have any plans to be,” a representative for the cable network said. “This kind of language is deeply offensive and inexcusable.”