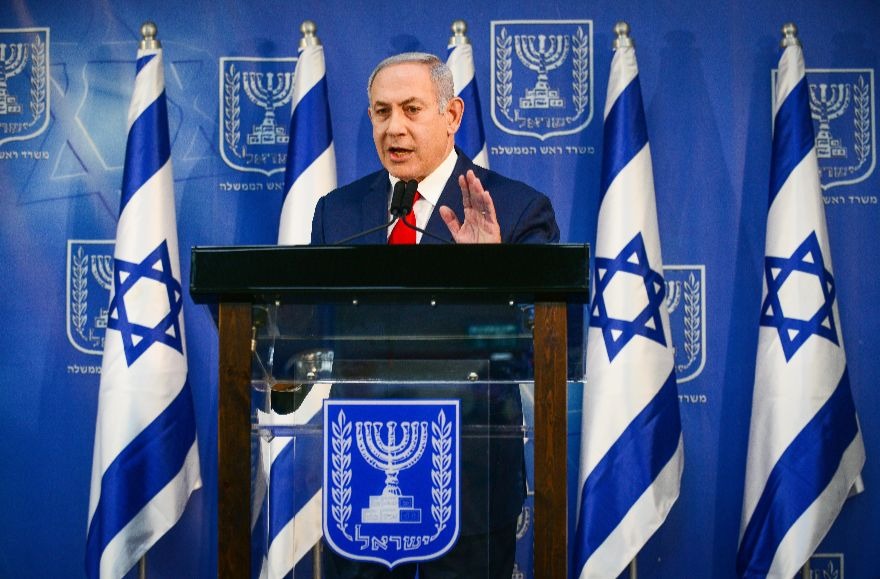 “We are in a particularly complex security situation, and in moments like these, we do not go to elections,” Netanyahu said Sunday evening in Tel Aviv in a nationally televised address.

The statement came after he wrapped up a meeting with Finance Minister Moshe Kahlon, head of the Kulanu Party, which holds 10 seats in the current government.  Kahlon last week called on Netanyahu to hold early elections after the resignation of Defense Minister Avigdor Liberman in part over his objection to the cease-fire agreement with terror groups in Gaza. Liberman and his Yisrael Beiteinu Party’s exit from the government leaves Netanyahu with the narrowest of majorities in the 120-member Knesset with 61 seats.

According to reports earlier on Sunday, Netanyahu is planning to appoint a Foreign Minister, a portfolio he currently holds. Jewish Home Party head Naftali Bennett, who serves as Education Minister, threatened to leave the coalition and bring down the government if he is not named Defense Minister.

Netanyahu said that if the government falls with a year left on its terms and goes to early elections it could lead to the same type of government that arose after the fall of his Likud government in 1999 “that gave us the disastrous Oslo Accords.”

Netanyahu asserted that he has a security plan and that he sees the big picture.  “I understand the citizens of Israel, a large part of the criticism stems from the fact that it is not possible to present the full details and therefore you see a partial picture of a large-scale campaign that we are still in the process of bringing to the residents of the south and the residents of Israel,” he said. “I will not say when we will act and how. I have a clear plan. I know what to do and when to do it. And we will do it.”

“I risked my life time after time to safeguard our lives here in the Land of Israel,” he also said.

Netanyahu and Kahlon are scheduled to meet again later this week. Bennett and Justice Minister Ayelet Shaked also of the Jewish Home Party, have scheduled a statement to the press from the Knesset tomorrow morning. It is rumored that they will announce their resignations from the government.