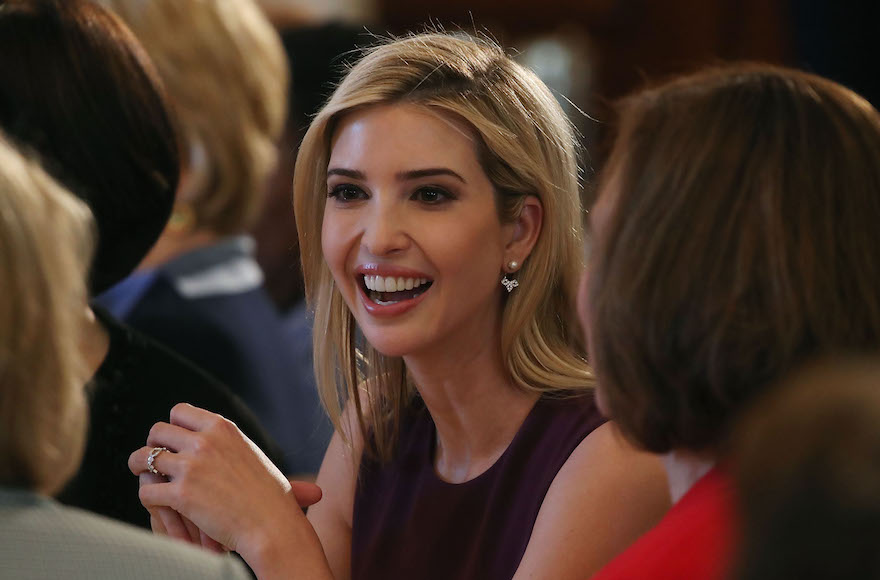 Trump, who serves as an unpaid White House senior adviser, sent the emails to White House aides, Cabinet officials and her assistants, many of them in violation of federal records rules, the newspaper reported Monday evening, citing sources it says are familiar with a White House review of her correspondence.

The review came in response to a public records lawsuit. It showed that during most of 2017, Trump discussed and sent emails about official White House business from a private email account that uses a domain she shares with her husband, Jared Kushner, a senior White House adviser. Trump and Kushner are Jewish.

Trump said she did not know the details of the records rules, the Post reported, citing sources it said had knowledge of her reaction.

A spokesman for Trump’s attorney and ethics adviser Abbe Lowell told the newspaper that none of the emails contained classified information. He said the infractions occurred before Trump was briefed on the rules. Lowell also said she turned over all her government-related emails months ago so they could be stored permanently with other White House records.

Ivanka Trump’s father, President Donald Trump, during the 2016 presidential campaign slammed opponent Hillary Clinton’s use of a private server in her home to send emails on government business, accusing her of “corruption” that was “bigger than Watergate.” He called her “Crooked Hillary” and led chants of “Lock her up!”

Politico reported last fall that Kushner was using personal email for government work, and later preserved his records to turn over to government officials.

According to the Post, Trump had used her personal email for official business far more frequently than known. An unnamed senior U.S. government official called her the “worst offender in the White House.” The extent of her email use was discovered in September 2017. Following the discovery, Lowell forwarded emails that he had determined were related to official business to Ivanka Trump’s government account.