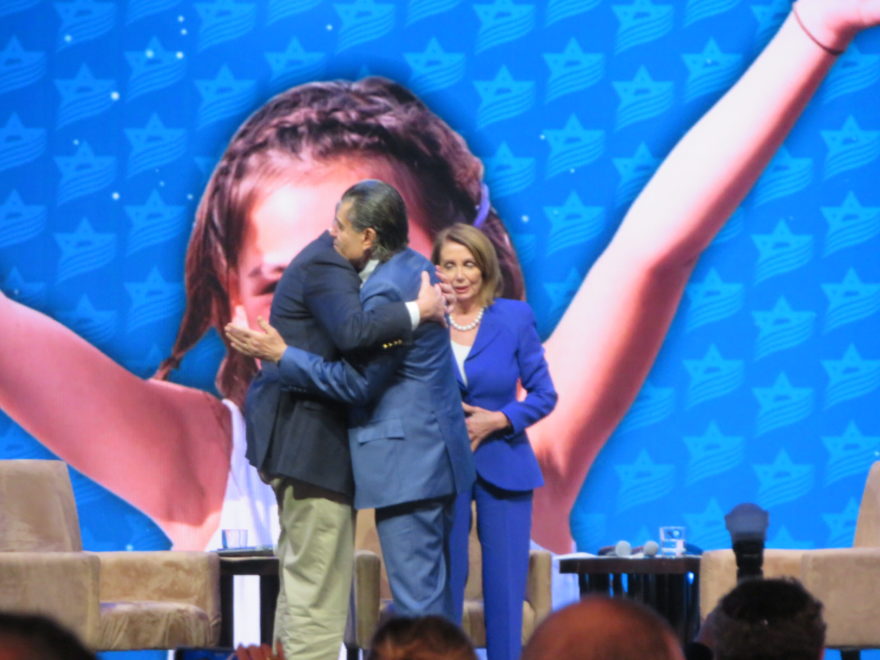 HOLLYWOOD, Fla. (JTA) — Nancy Pelosi, the Democrat who likely will be House speaker, listed pro-Israel lawmakers whom she plans to name to key committee positions and said her party remained fundamentally pro-Israel.

All have longstanding pro-Israel records and all but Hastings are Jewish.

Pelosi, appearing together with Sen. Chuck Schumer, D-N.Y., the minority leader in the Senate, were pushing back against the perception that Democrats have drifted away from Israel. Interviewing them was Haim Saban, the Israeli-American entertainment mogul who with casino magnate Sheldon Adelson are major backers of the IAC. Saban is also a major backer of Democratic politicians, and Adelson is seen as a Republican king-maker.

Pelosi urged those attending not to pay “attention to a few people who may want to go their own way,” apparently referring to newly elected Congress members such as Rashida Tlaib of Michigan and Ilhan Omar of Minnesota who have been sharply critical of Israel.

Schumer chimed in: “You couldn’t have two stronger supporters of Israel than Nita Lowey and Eliot Engel,” and Pelosi teased him, “Taking credit for New York, OK.”