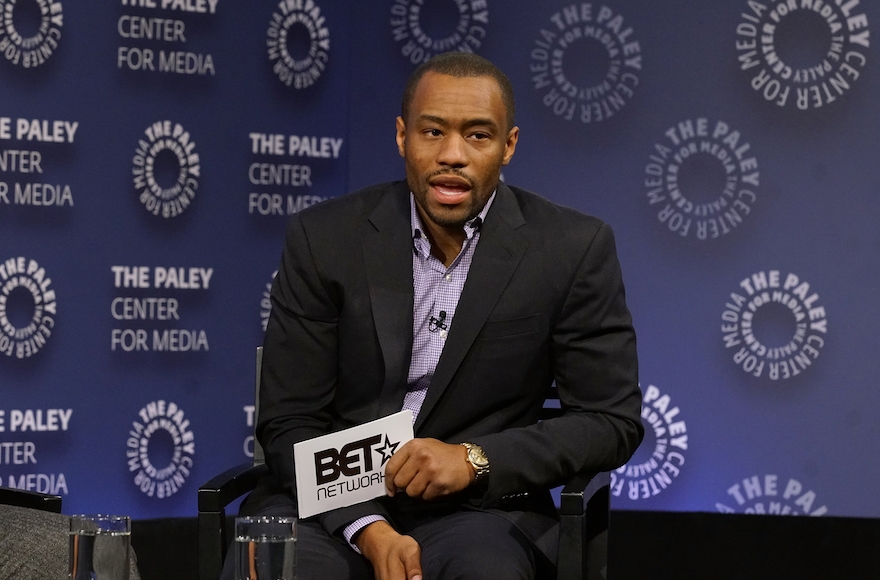 (JTA) — Political commentator Marc Lamont Hill has apologized for his use of a phrase associated with Palestinian extremists in a U.N. address discussing the plight of the Palestinians.

Hill, a professor of media studies and urban education at Temple who also hosts the syndicated television show “Our World with Black Enterprise,” called for “a free Palestine from the river to the sea” on Wednesday during an event held at the United Nations for the International Day of Solidarity with the Palestinian People.

“We have an opportunity to not just offer solidarity in words but to commit to political action, grassroots action, local action and international action that will give us what justice requires and that is a free Palestine from the river to the sea,” Hill said.

CNN announced the day after the remarks that it had fired Hill.

In an op-ed published Saturday in Hill’s hometown newspaper, the Philadephia Inquirer, he wrote: “Critics of this phrase have suggested that I was calling for violence against Jewish people. In all honesty, I was stunned, and saddened, that this was the response.”

“Palestine from the river to the sea” was a slogan of the Palestine Liberation Organization beginning with its founding in 1964, claiming a Palestinian state between the Jordan River and the Mediterranean Sea and rejecting control by Israel of any land in the region, including areas controlled by Israel prior to 1967. It later became a popular political slogan used by Palestinians who reject compromise with Israel, including the terror group Hamas, which calls for the destruction of Israel.

Hill said in his op-ed that he was calling for justice in the area from the Jordan River to the Mediterranean Sea in the form of  a single binational democratic state that encompasses Israel, the West Bank and Gaza.

“Throughout my speech, I spoke explicitly about the need for Israeli political reform, specifically as it pertains to Arab citizens of Israel. I also called for a redrawing of borders to the pre-1967 lines, as well as a greater attention to human rights for those living in the West Bank and Gaza. At the time, I believed that these demands made in the speech sufficiently reflected my belief in radical change within Israel, not a desire for its destruction,” he wrote. “Clearly they did not.

“I take seriously the voices of so many Jewish brothers and sisters, who have interpreted my remarks as a call to or endorsement of violence. Rather than hearing a political solution, many heard a dog-whistle that conjured a long and deep history of violence against Jewish people. Although this was the furthest thing from my intent, those particular words clearly caused confusion, anger, fear, and other forms of harm. For that, I am deeply sorry.”

Hill also said that he has called for a rejection of anti-Semitism in any form, including preventing physical violence against Jews, as well as anti-Semitic images.

Israel’s government and many Jews regard the call for a single binational state as a euphemism for a political, if not violent, rejection of Jewish sovereignty.