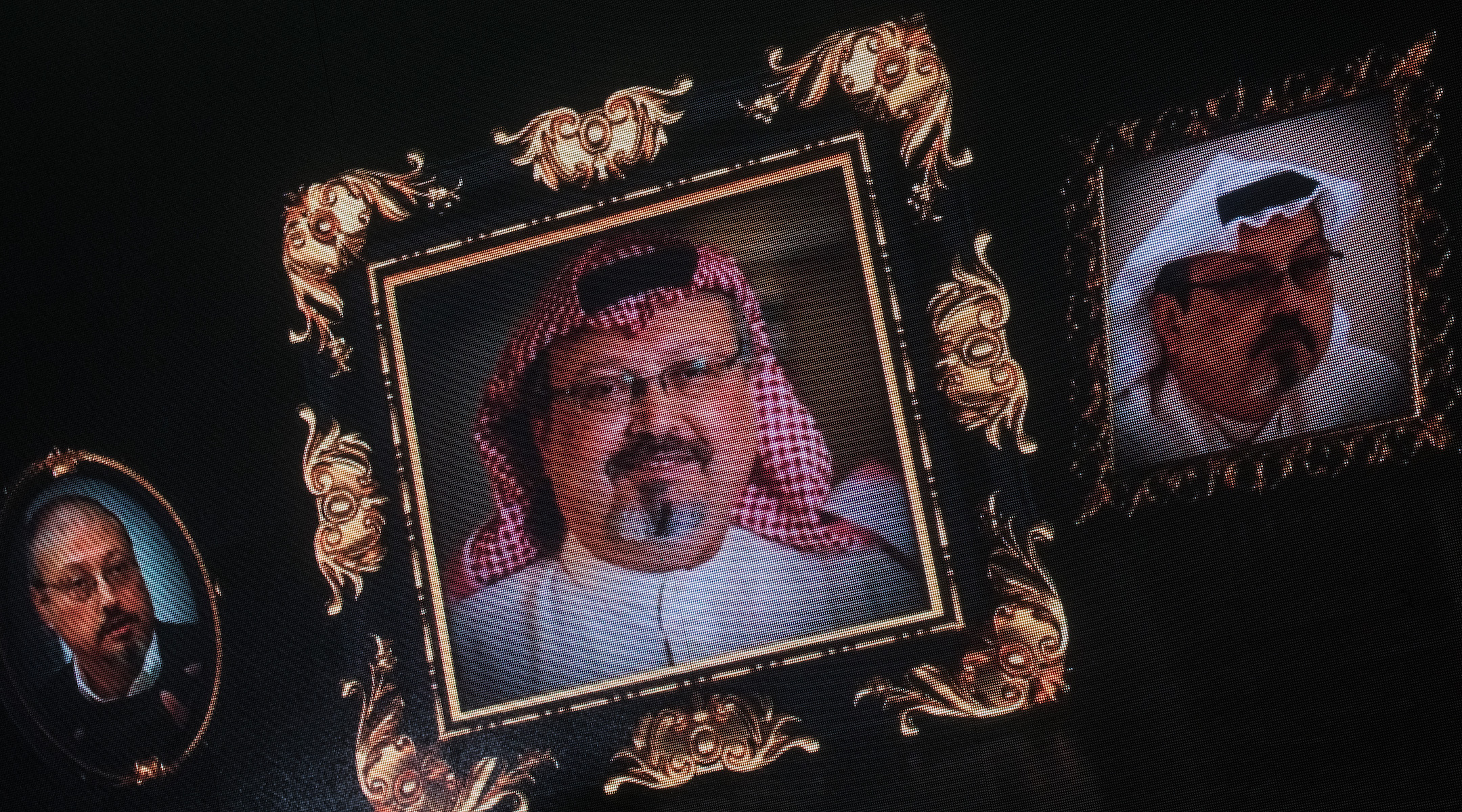 (JTA) — An Israeli cyber surveillance company’s software led to the death of journalist Jamal Khashoggi, a Saudi dissident claims, and the activist is suing the company to prove it.

Omar Abdulaziz, who lives in Canada, where he has been given asylum, claims that NSO’s software was used by the Saudi government to hack his cellphone while he and Khashoggi were working  on a project to motivate Saudi youth to fight the regime’s propaganda on social media.

The suit filed Sunday in a Tel Aviv court accuses the Herzliya-based company of breaching international law by selling its technology to oppressive regimes, knowing it could be used to violate human rights.

NSO called the lawsuit “baseless.” The export of its technology is licensed by the Israeli government.

According to the suit, the Saudi regime’s discovery of the plan by Adbulaziz and Khashoggi through monitoring their messaging and conversations, including 400 WhatsApp messages in the year before the Oct. 2 murder, led to Khashoggi’s death.

In the messages Khashoggi, who worked for The Washington Post, describes Crown Prince Mohammed bin Salman as a “beast” and a “pac-man” who would devour all in his path, even his supporters, CNN reported. The news network was given exclusive access to the messages.

In August, when Khashoggi said he believed their conversations may have been intercepted by Saudi authorities, he wrote to Abdulaziz “God help us.”

Bin Salman is accused of being behind the murder of Khashoggi at the Saudi consulate in Istanbul by agents of the Saudi government.

NSO in decrying the suit said it “is a technology company that is uninvolved with how our products are used once they are sold to our customers.”