PETA wants you to ‘bring home the bagel’ — not the bacon 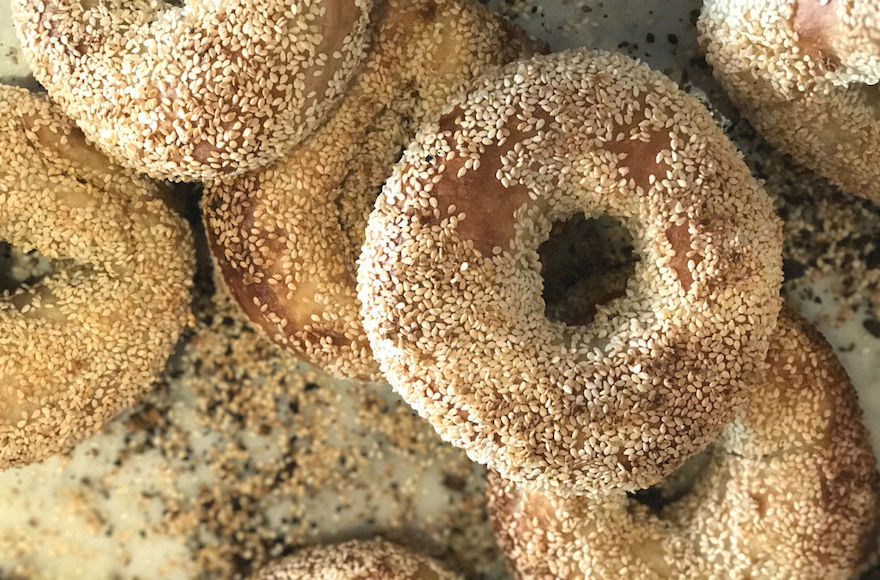 The animal rights group PETA wants you to "bring home the bagels," and stop using bacon as a metaphor. (JTA File Photo)
Advertisement

In so doing, the activist animal rights group may make our language just a little more Jewish.

The organization tweeted Tuesday a list of animal idioms and fauna-friendly alternatives.

“Words matter,” the group explained, “and as our understanding of social justice evolves, our language evolves along with it.”

Words matter, and as our understanding of social justice evolves, our language evolves along with it. Here’s how to remove speciesism from your daily conversations. pic.twitter.com/o67EbBA7H4

But one of the examples could also appeal to the kosher crowd: Instead of “Bring home the bacon,” PETA suggests “Bring home the bagels.” By replacing an animal product with a bakery offering, the group has also replaced a stereotypical non-kosher food with an ethnic Jewish one.

This was not lost on some tweeters:

lol the bagel one totally looks like it belongs on a list of how to make common phrases kosher 😂😂 (also the whole premise of that is stupid and so is PETA, I just found that one Jewishly amusing)

PETA must have thought the phrase was special, too, because it changed its Twitter name to “PETA: Bringing Home the Bagels Since 1980.”