At a new yeshiva, students will pray, study Jewish text — and practice yoga 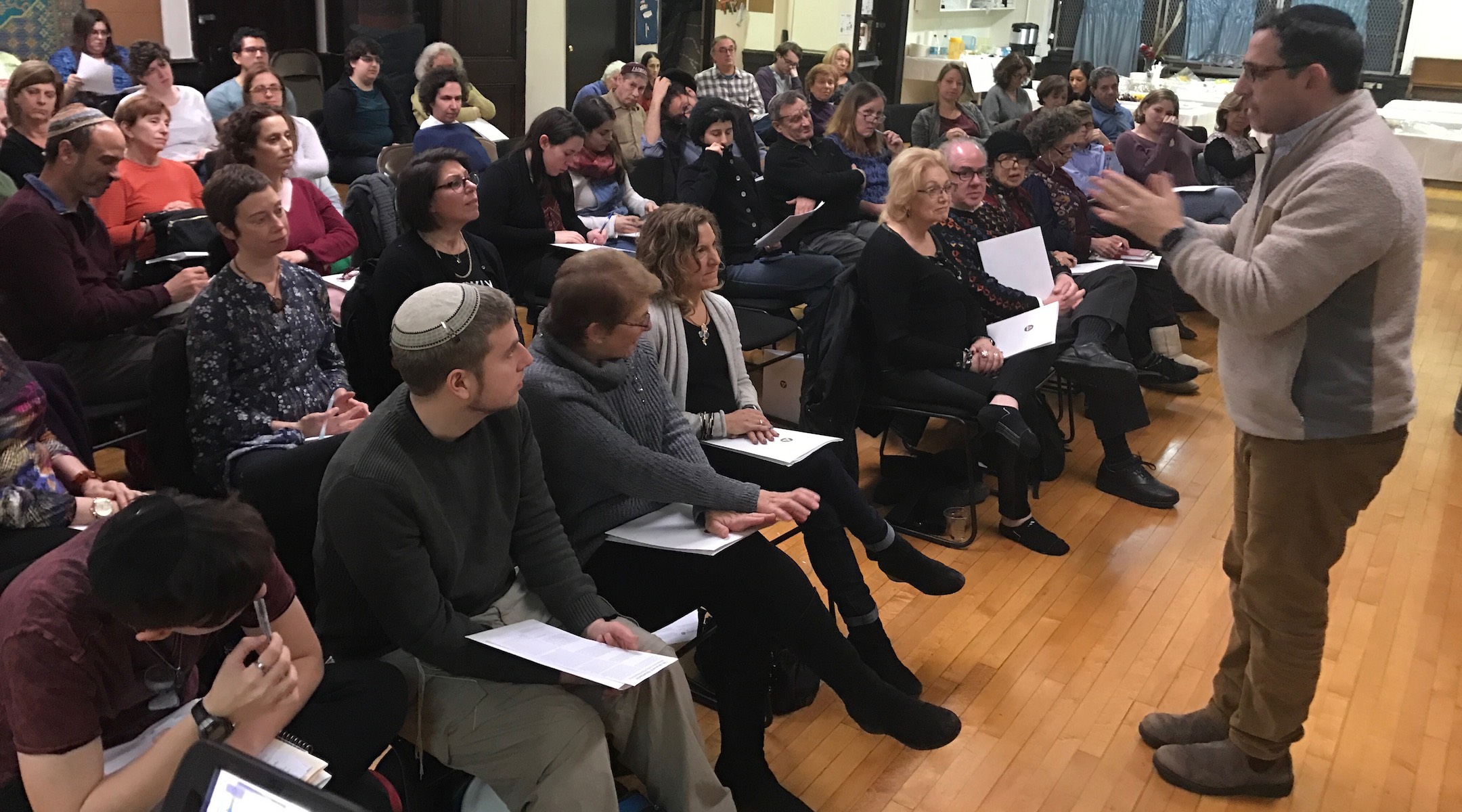 Rabbi David Ingber conducts a class in March 2016 at Romemu, the Jewish Renewal congregation in New York that is opening a yeshiva next year. (Scott Osman)
Advertisement

NEW YORK (JTA) — Most Jewish religious schools begin the day with a traditional morning prayer. After that, students spend much of their time studying Talmud, the central text of Jewish law.

But at Romemu Yeshiva, set to open next year, students could begin the day with yoga and meditation, study Kabbalah or Jewish mysticism, then pore over Hasidic texts that afternoon. And some of those students may not even be Jews.

When it begins its classes in the summer of 2019, Romemu Yeshiva will take its place among a constellation of intensive Jewish study programs for adults in New York City. But unlike other yeshivas, such as the Hadar Institute, Romemu will depart from a traditional focus on understanding and analyzing rabbinic texts. Romemu students will study Talmud and Jewish law, but their curriculum will also emphasize concepts like mindfulness, movement and mysticism.

“We are embodied creatures, spirit breathed into earth, and this gift of the body is a foundational pillar of our practice,” a description of the yeshiva’s emphasis on “embodied practice” reads. “From formal embodied practices such as movement or yoga, to practices that stress embodied awareness and posture such as meditation, to the incorporation of embodied awareness and the language of the body into our Talmud Torah, the body will be present at every level of our practice.”

The yeshiva is a project of Romemu, a growing Jewish Renewal congregation in New York City led by Rabbi David Ingber. Jewish Renewal is a movement that incorporates elements of Kabbalah and Hasidic philosophy, which has traditionally emphasized spirituality over academic text study.

The yeshiva’s curriculum will combine study of rabbinic texts, mysticism and traditional prayer with practices like yoga, meditation and dance. Students will be introduced to a variety of Jewish mystical concepts, from “divine eros” to “tzimtzum,” or the idea of God’s contraction from the world.

The yeshiva will operate for six weeks and accept 15 to 25 students, who will pay tuition on a sliding scale. While the students need not be Jewish, they will need to be able to read and understand Hebrew texts.