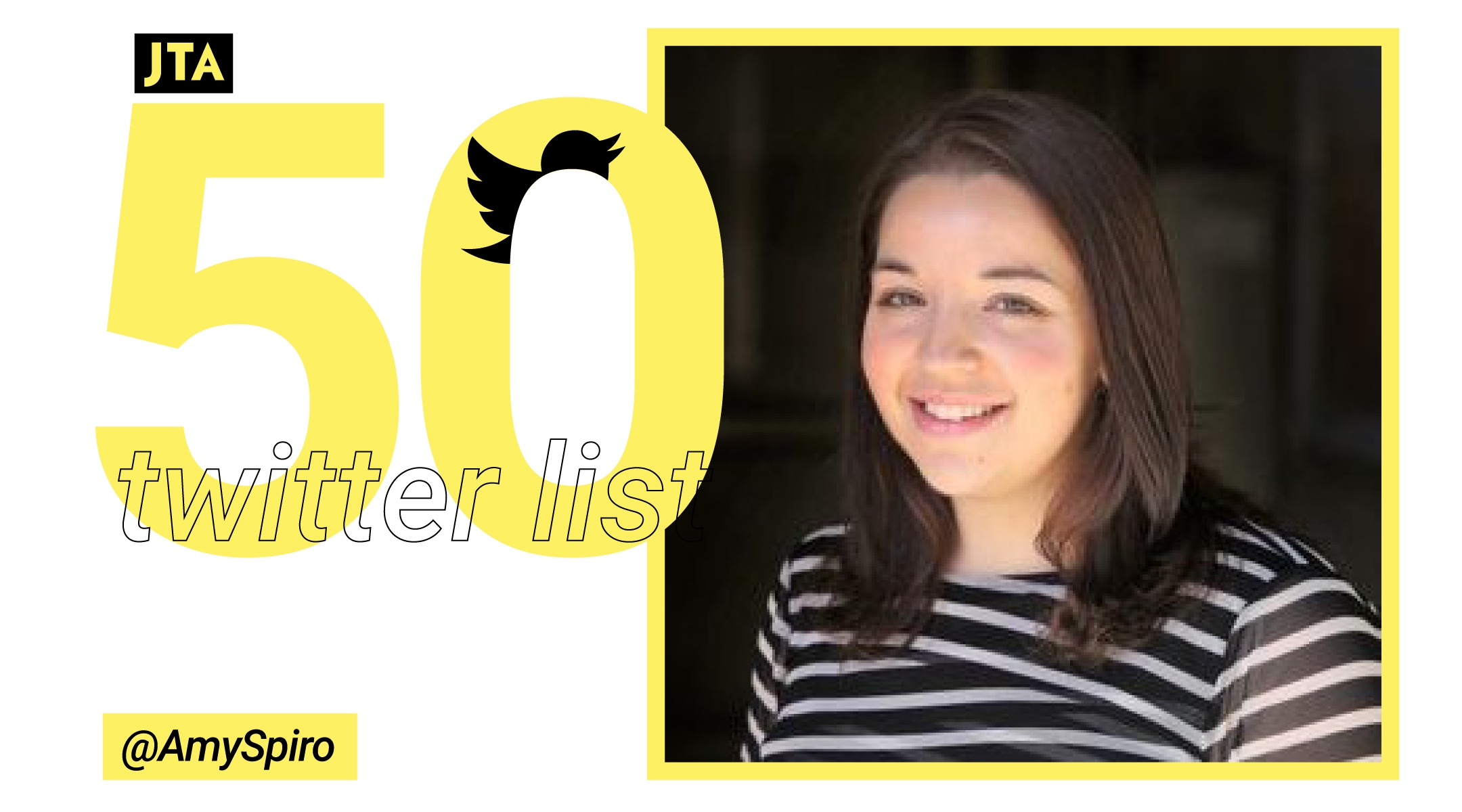 Amy Spiro’s Twitter feed is a one-stop shop for your Jewish culture news needs. For timely news and dispatches from Israel about Jewish art and culture, few if any work the beat better.

According to her bio on The Jerusalem Post website, Spiro covers “pop culture, food and everything in between,” so naturally her feed reflects that.

This is pretty amazing! https://t.co/MP9ui6qBCd

#BREAKING Kim is really getting on board with this Israeli brand! https://t.co/LwLoq5Re3a

But her Twitter is also much more colorful: Spiro isn’t afraid to dive into cultural news with an opinionated thread, or to just retweet something delightful.

Let me be abundantly clear. Julia Salazar has repeatedly lied about her past and made many misleading statements.

That does not mean this accusation – which she first made in 2016 – is false.

On The Great Jewish Bake-off, the judges look off into the distance after tasting each pastry and tell a story about a long-dead relative who used to make a better version.

She’s also a window into the arts from a front-row seat in Israel, and is proud to show off how culture flourishes in the modern Jewish state.

Kamasi Washington, Nina Kraviz, Flying Lotus, Pusha T and A$AP Ferg have been getting their meteor on allll weekend. pic.twitter.com/H8AJUaPf7n