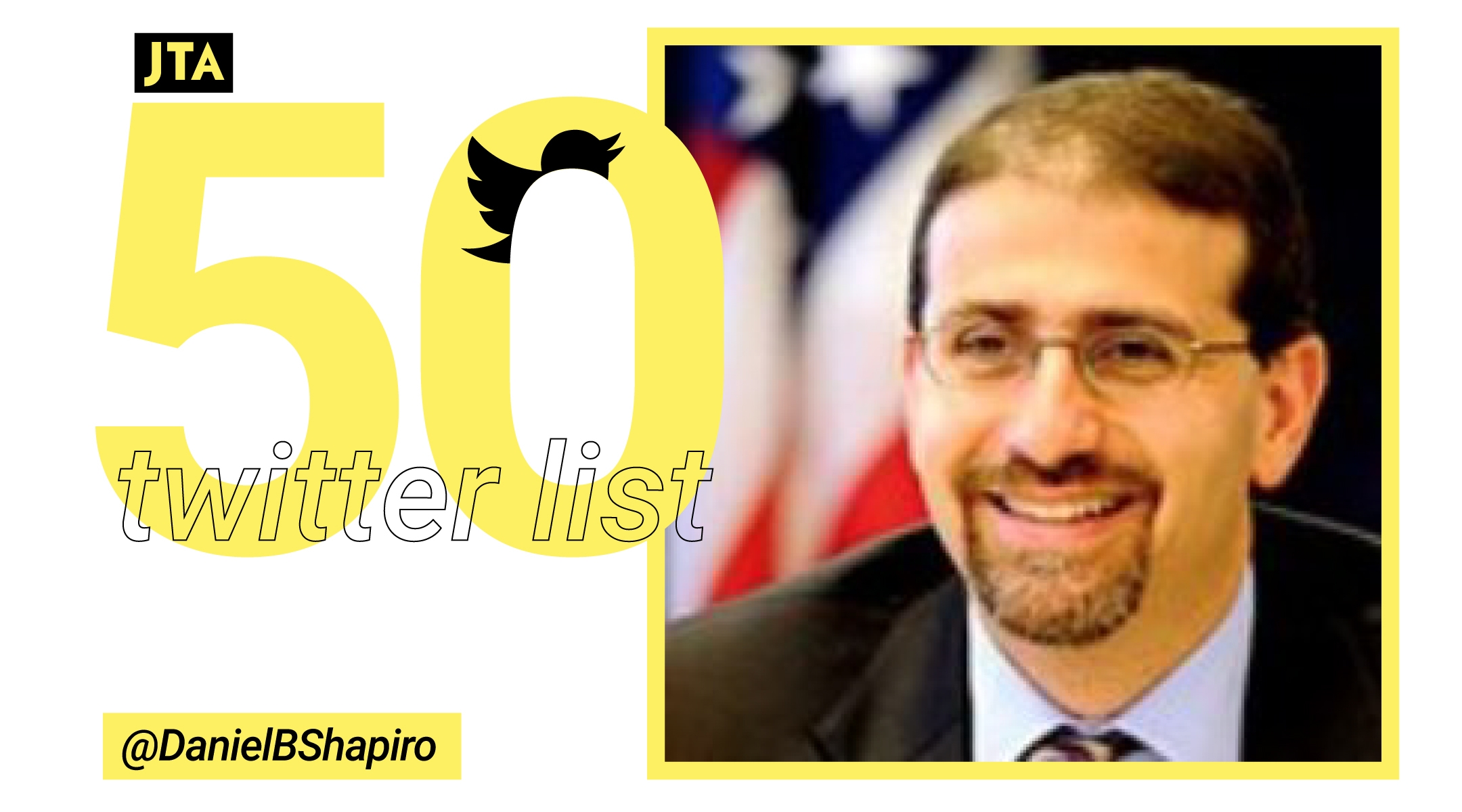 As the U.S. ambassador to Israel during the Obama years — a difficult period in relations between the countries — Dan Shapiro tried to strike a conciliatory note. On Twitter, Shapiro, now a think tank fellow, appeals for reason and sanity in an often divisive and inflammatory space.

Since he ended his ambassadorship and started tweeting in 2017, Shapiro has served as a valuable insider’s voice on foreign policy in general and U.S.-Israel relations in particular. He’s continued to defend the values and goals of the Obama administration on the Middle East, but isn’t a one-note critic of President Trump’s Israel team. His tweets, often coming in wonky threads, offer informed assessments of what he thinks David Friedman, Jared Kushner et al., get right and wrong, and concrete suggestions for how they could move forward.

11. First, a clear statement of the vision of two-states as the goal, something Trump has not done. Second, some clarity on the basic elements of that state (territory: 67 lines + swaps to account for settlement blocs; refugees: no right of return to Israel but yes to Palestine;

Shapiro’s partisanship emerges more in his strident criticism of how Trump is shaking up the international order. During Trump’s July trip to Europe, ending with his unorthodox news conference with Russian President Vladimir Putin, Shapiro tweeted and retweeted a shocked, vehement defense of the U.S.’s traditional alliances.

Incredible language. Russia is “competitor, and that’s meant as a compliment”. Our European allies warrant “tremendous retribution”. He wants to dismantle the Western alliance, no less. https://t.co/XmlPLRwhhj

Here’s a thread from when Trump offered to meet with Iranian President Hassan Rouhani.

I assume that will be Israel's advice. Saudi and UAE as well. And I assume that is the reason Pompeo rushed to amend Trump's statement. Odds are that Khamenei will reject the meeting anyway for ideological reasons. But a clever Iranian play might be to draw Trump into talks. 5/6