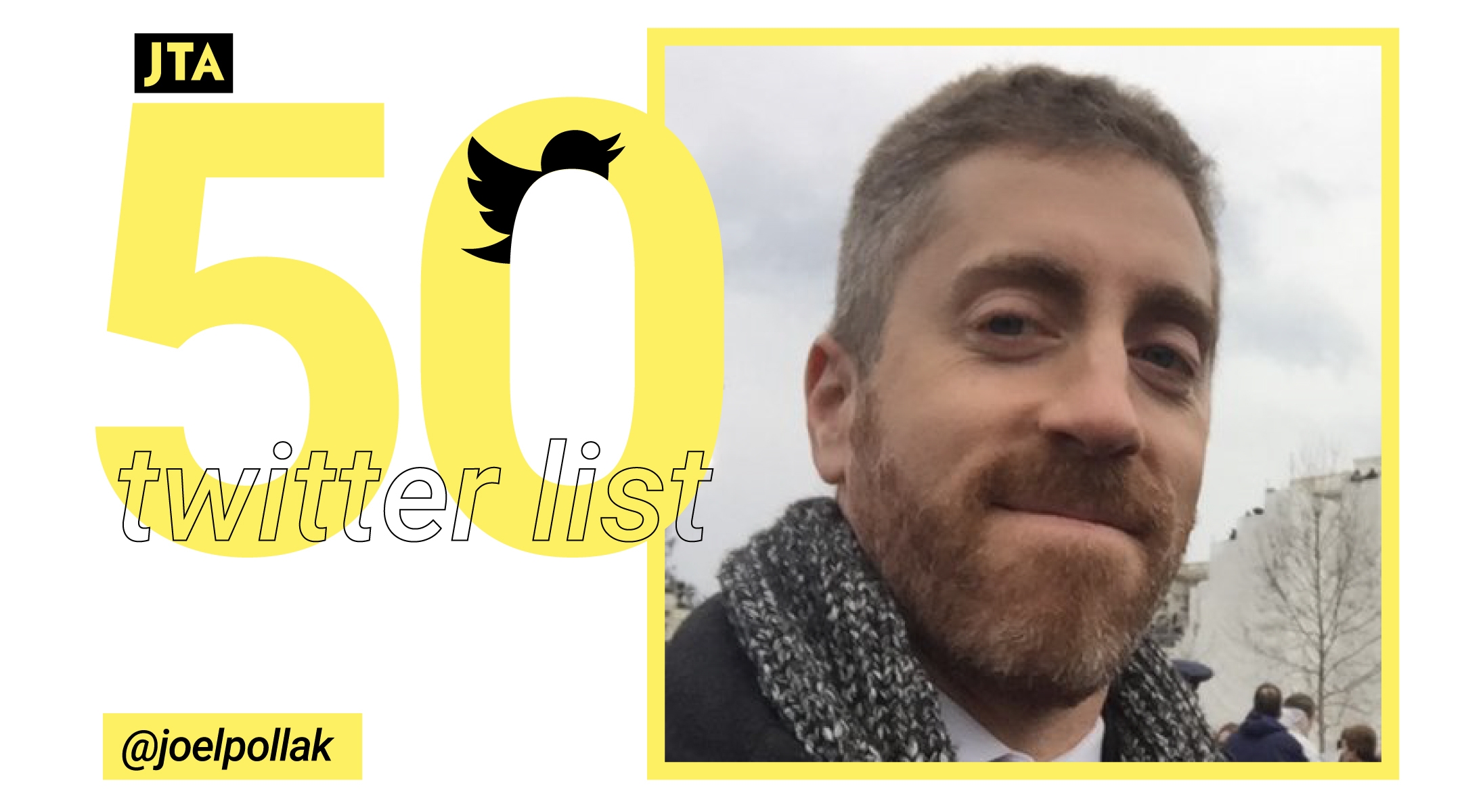 Joel Pollak may be Breitbart News’ best defense against charges that it is ground zero for the nationalist “alt-right.” He is senior editor-at-large at the right-wing website and host of its Sirius XM show — and happens to be a Sabbath-observing Jew.

Pollak first emerged as a public figure in 2010 when he mounted a campaign against U.S. Rep. Jan Schakowsky, a Jewish Democrat from Illinois who had accepted the endorsement of the liberal Jewish Middle East policy group J Street. (Schakowsky won easily.) But these days he is a prolific tweeter and writer on what he sees as media and liberal hypocrisy, and a good portion of his work focuses on treatment of Israel. Pollak has been a staunch Trump supporter since the 2016 election.

Is Canada helping us take down the Iranian terror regime? https://t.co/5YdVFsSlQS

Pollak especially bristles at charges that the folks in his camp are racist. For example, he tried to dismantle claims that Rep. Duncan Hunter, a California Republican, was “racist” in tying his opponent, Democrat Ammar Campa-Najjar, to terrorists by repeatedly mentioning Campa-Najjar’s PLO terrorist grandfather (whom the candidate disavowed and who died before Campa-Najjar was born). Hunter was merely pointing out facts, Pollak argued.

But he also likes a good argument, and will concede a point, as when Campa-Najjar said that it made little sense for Hunter to tie him, a Christian, to Islamists.

This is a very good point in his defense https://t.co/br4ExF9tjj