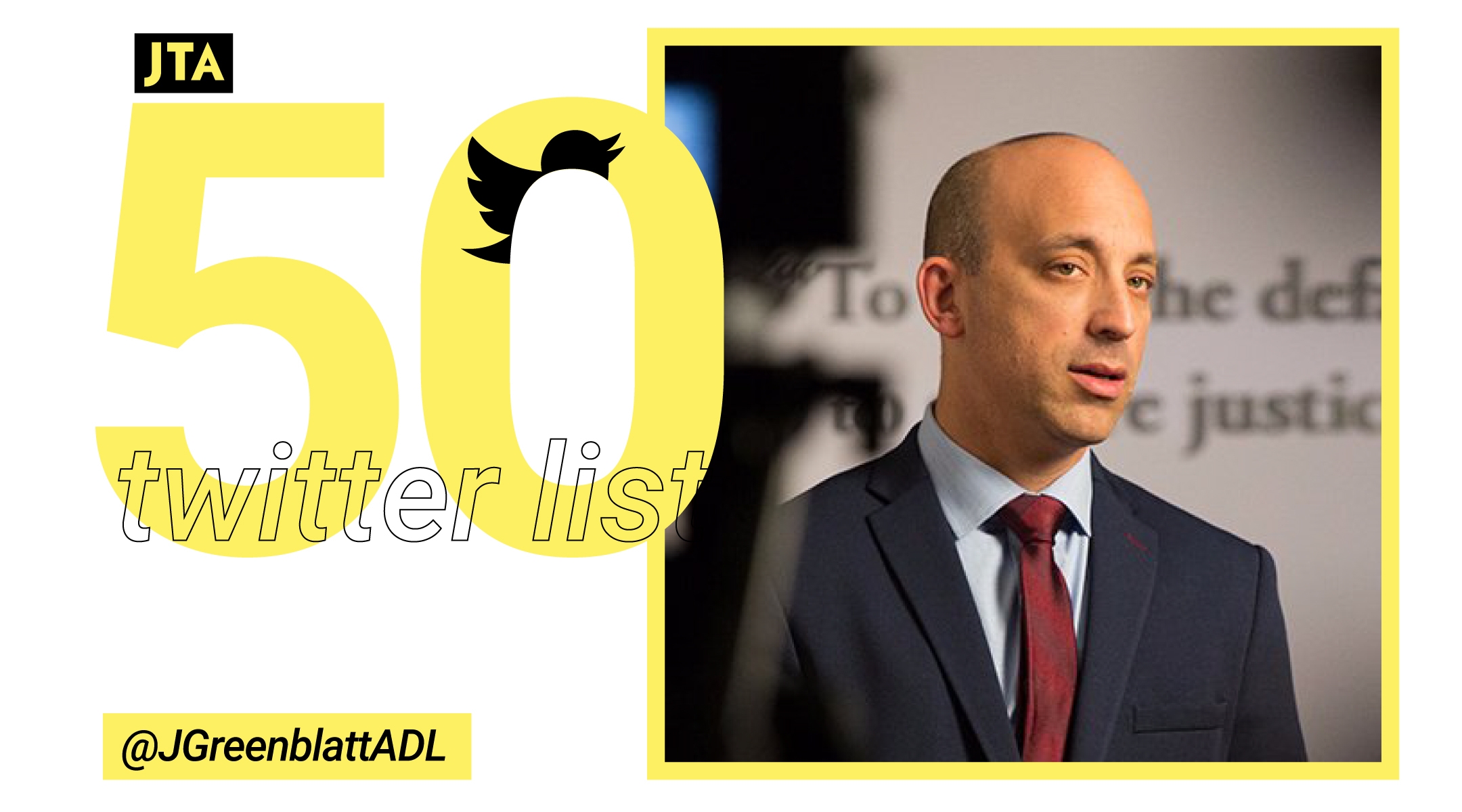 Longtime Anti-Defamation League chief Abe Foxman was a legend in his own lifetime, but he belonged to an older, non-digital generation. His successor, Jonathan Greenblatt, is a different story.

A former special assistant to President Barack Obama and a pioneer in utilizing social media in the political realm, Greenblatt has toiled to bring his message of tolerance to the Twitter masses, and it has paid off: tens of thousands of people follow his tweets on anti-Semitism, racism and hate.

Greenblatt and the ADL made a splash online in 2016 after the organization released a report showing that between August 2015 and July 2016, Twitter produced 2.6 million anti-Semitic tweets, with a “significant uptick” during the period immediately preceding the American presidential election. He was especially strong in speaking out against the online harassment of Jewish journalists during the contentious campaign season.

His critics on the left and right often use his Twitter feed as a (flawed) barometer of Jewish group think, asking why he didn’t point out this outrage or leaned too heavily on that one.

See how our Task Force on Harassment and Journalism designed keywords to find #antiSemitic rhetoric on Twitter: https://t.co/wG46TXT5aV pic.twitter.com/sgJkVweGlO

All in all, Greenblatt proves that while anti-Semitism is rampant online, tolerance and anti-racism can also trend.