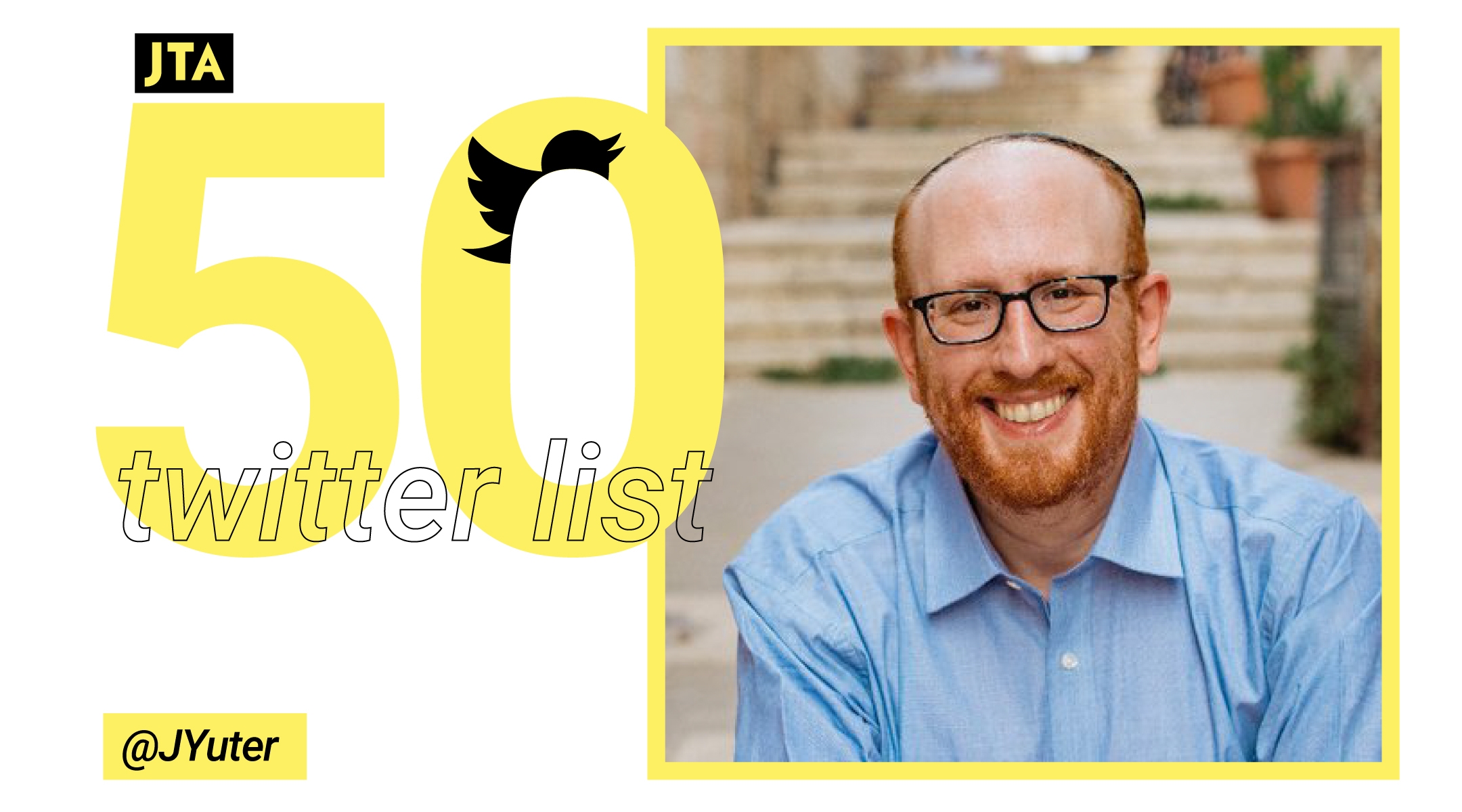 A former congregational rabbi from New York, Yuter immigrated to Israel several years ago and entered the country’s tech sector, where he works as a programmer.

Unlike most other rabbis, he has cultivated a following of over 50,000 on the platform — thanks to his daily mix of snark, social commentary, puns and threads on the Talmud and Jewish theology.

When you're feeling great loss
For that Mexican sauce
That's a mole https://t.co/d5HRWLlBt6

A moderate who likes to point out the foibles and hypocrisy of religious and political extremists on all sides, Yuter seasons his critiques with a touch of wit that takes the sting out of what could otherwise sound strident or angry. He also frequently interacts with users from across the political and denominational spectrum who came for the puns and stayed for the intellectual rigor.

Let this be a lesson: The existence of "values" doesn't protect anyone, *living* by them does. As we learn in Pirkei Avot 1:17, "It is not the study which is what is essential, but the action."

Not familiar at all with that scholarship. Influences w/non-Jewish theories were pervasive. See for example Jewish Legal Theories ed by Leora Batnitzky. I think it continues today though people won't (or can't) admit it. Less likely to come from Sharia bec most are unfamiliar https://t.co/5p5KYG54oX