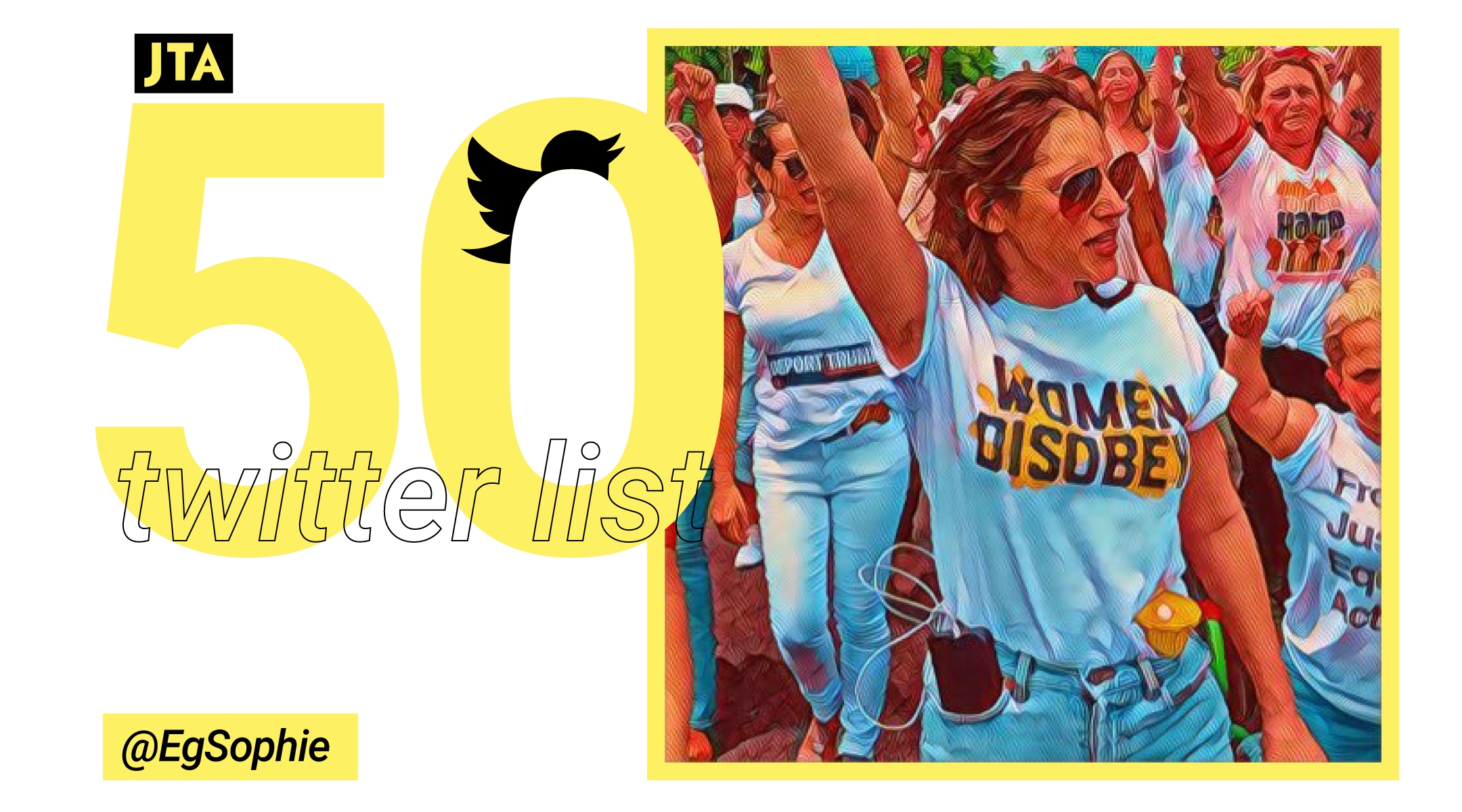 “I like dresses w pockets + dismantling white supremacist patriarchy,” Sophie Ellman-Golan’s Twitter bio reads, followed by the hashtag #JewishResistance. As the daughter of an activist rabbi, it’s no surprise that the 26-year-old has taken up championing progressive causes. But it’s her role as deputy head of communications for the Women’s March, the group responsible for organizing protest marches across the country in the wake of President Trump’s election, that made her a prominent Jewish voice of the rising young left.

Hi it's me your friendly neighborhood feminist killjoy here to remind you that the right doesn't have a monopoly on anti-Semitism & racism.

Ellman-Golan uses her platform on Twitter to expose anti-Semitism and bigotry wherever she sees it — in both “alt-right” spaces and where it hits closer to home. Last year, when fellow Women’s March leader Tamika Mallory was criticized for her vocal support of Louis Farrakhan — the Nation of Islam leader who is notoriously anti-Semitic and homophobic — Ellman-Golan’s communication skills were truly put to the test.

Netanyahu is not the Jewish people. We ourselves say this ALL the time. But the minute @TamikaDMallory says something about him, we decide she’s talking about all Jews?

Tamika has said things I’ve found antisemitic (I’ve told her this). But this tweet isn’t one of those things.

To my queer, trans, and Jewish siblings: I love you. I see you. I am so sorry. We deserve more than this.

There’s plenty of nuance throughout her Twitter feed, where you’ll find takes on the Israel boycott movement, whether anti-Zionism always equates with anti-Semitism and the perennial question “Are Jews white?” Ellman-Golan doesn’t shy away from long back-and-forths with fellow users, willing to further explain a point or apologize when she gets something wrong.

It’s when the Jewish community gets something wrong that her dedication comes through the strongest. She has high standards for her fellow Jews and won’t let her Twitter followers forget it.

The Jewish right and center are so scared of the changing political identities of American Jews that they would rather pretend lefty Jews aren’t Jewish than acknowledge the shifting political landscape.