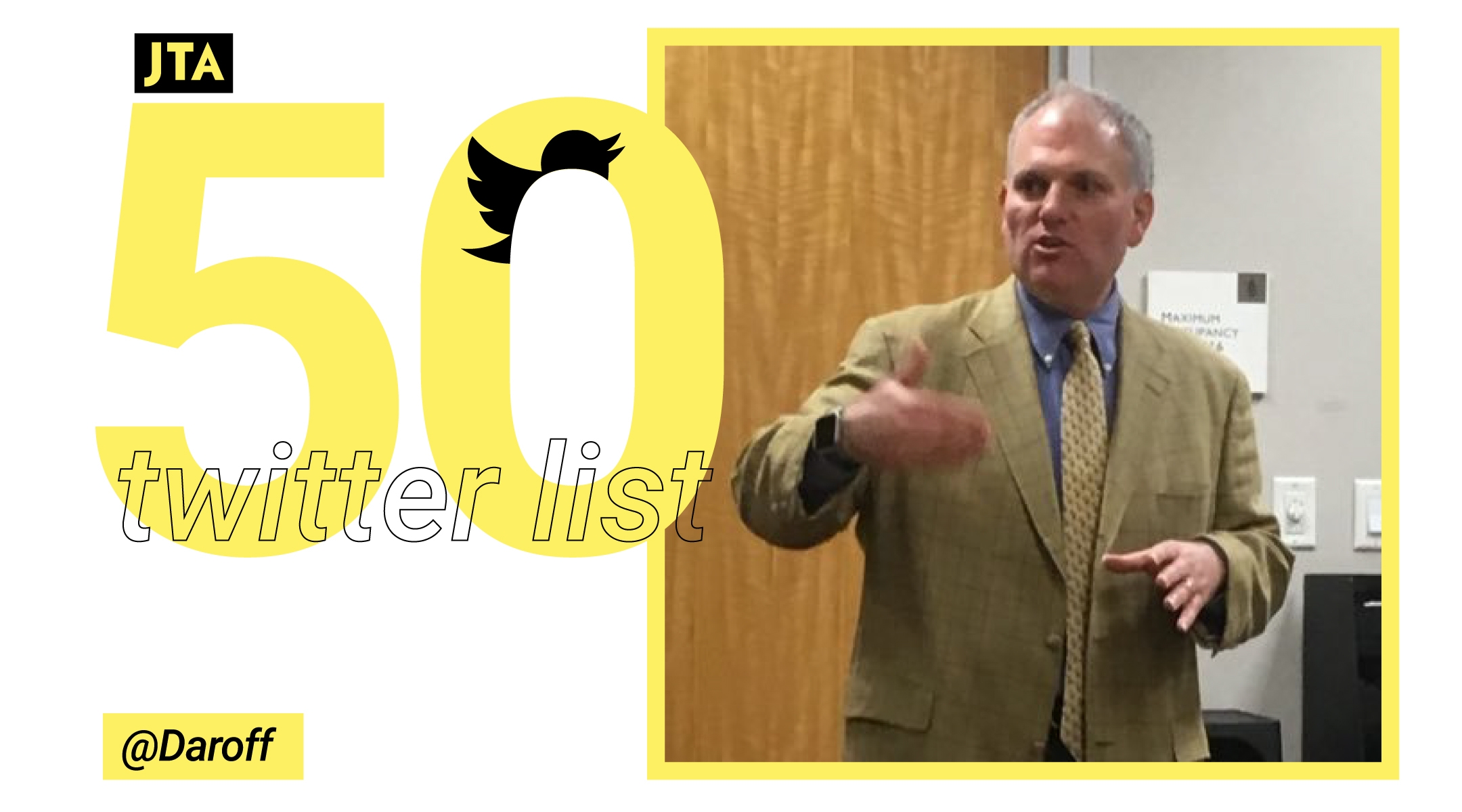 If there’s something happening in the Jewish world, you can be sure William Daroff’s Twitter feed is going to be on it.

Daroff is the Jewish Federations of North America’s senior vice president for public policy, and the director of the organization’s Washington office. He tweets, and more often retweets others, on just about anything Jewish in news, politics, the religious world and pop culture. And he rarely takes a break.

Daroff’s feed has an underlying pro-Israel slant (after all, part of his job description is to “combat the assault on Israel’s legitimacy”), and he often uses the hashtag #BDSfail — a reference to the boycott, divestment and sanctions movement against the Jewish state.

It also gives off a refreshingly nonpartisan, all-sides-of-the-spectrum feeling.

The walls of the Old City of #Jerusalem illuminated with US and Israeli flags ahead of President Trump's expected announcement that the US will recognize Jerusalem as #Israel's capital.(@Jerusalem_Post) pic.twitter.com/GOWdFcKVH2

Daroff’s web of connections in the Jewish world — both in organizations and on social media — helped him land at the top of a previous version of our list.