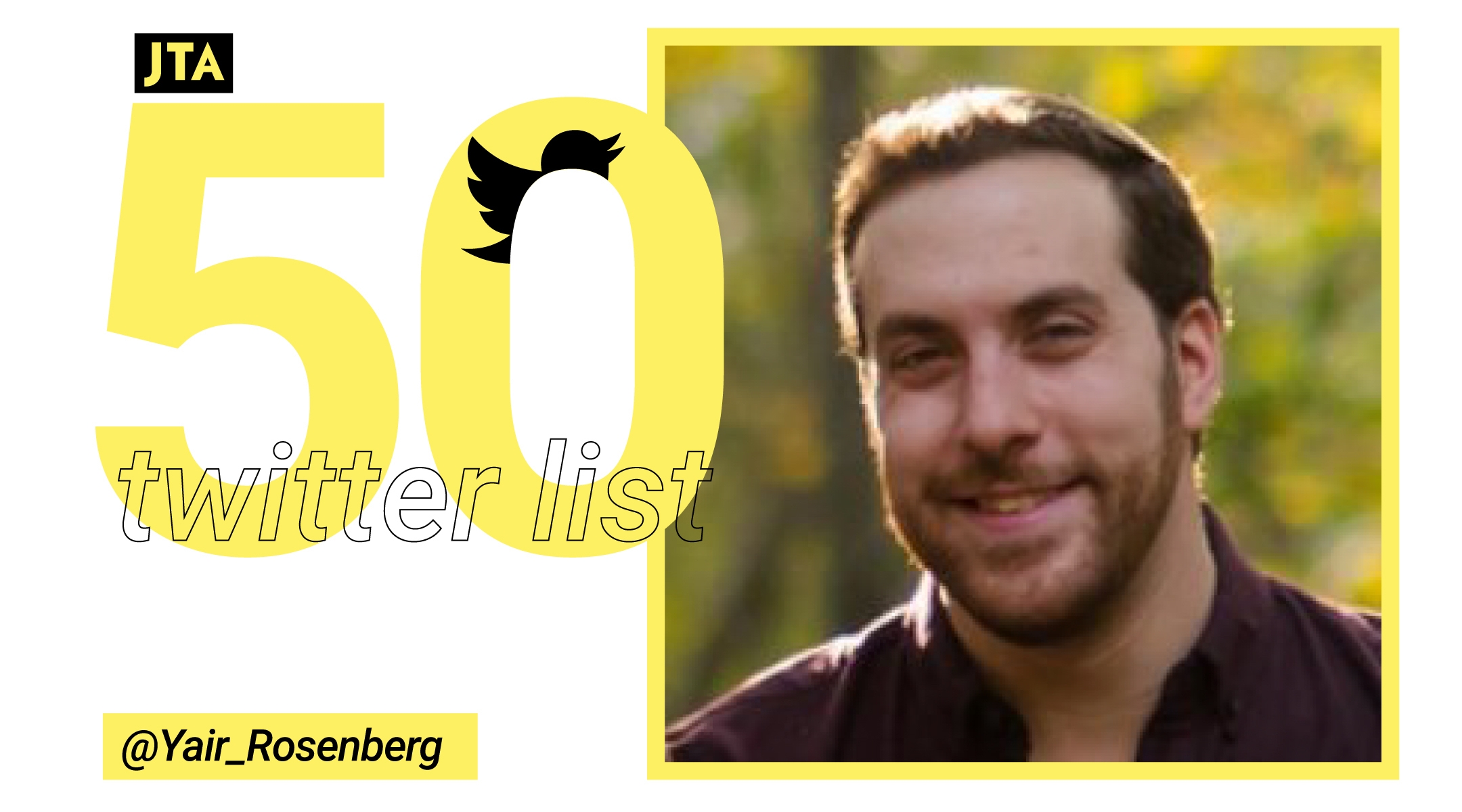 It has become a common refrain these days: Jews and the State of Israel are under attack from factions on both the left and the right. But few people on Twitter have poked holes in these modern forms of anti-Semitism — particularly the kinds that manifest on social media — as consistently as Yair Rosenberg, a writer for Tablet magazine. Since 2015, he has built a sizable following for defending Jews, calling out public figures and trolling the trolls of the Twittersphere.

By the end of the 2016 presidential campaign — widely seen as a peak in online anti-Semitism — Rosenberg had become No. 2 on the list of Jewish journalists most targeted by the trolls (behind only conservative firebrand Ben Shapiro). Rather than backing down, however, he fought back, putting the now infamous echo parentheses markers used by “alt-right” anti-Semites to identify Jews in his Twitter bio. He even designed a bot along with a developer that exposes Twitter users pretending to be Jewish.

Sickest form of anti-Semitism on Twitter: neo-Nazis who impersonate Jews to say racist things to try and defame Jews pic.twitter.com/bxqbfuzklM

But that isn’t the only interesting side to his Twitter feed. Rosenberg’s takes on topics ranging from how Israel is seen around the world to how laws affect observant Jews have reverberated into mainstream Twitter conversations.